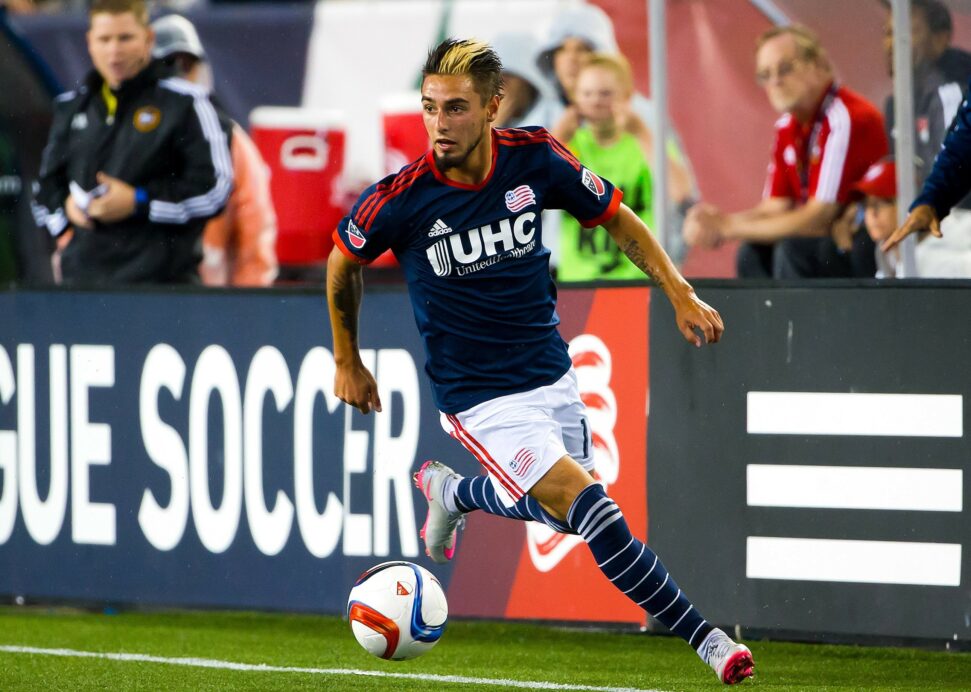 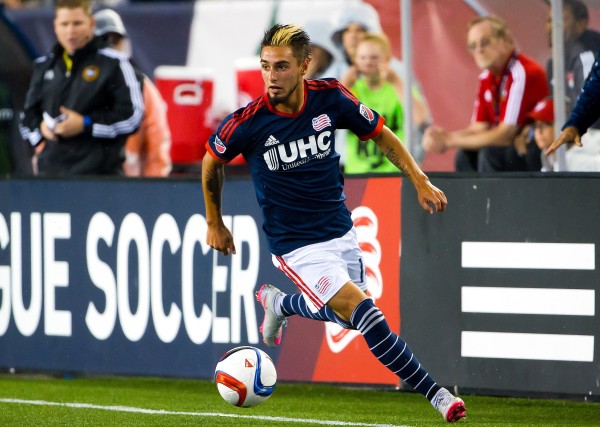 FOXBOROUGH, Mass. — It’s starting to feel an awful lot like 2014 at Gillette Stadium.

The New England Revolution took the field with first place in the Eastern Conference on the line and came away their sixth straight win, downing the rival New York Red Bulls, 2-1, on a 65th-minute tally by Kelyn Rowe in front of a sparse midweek crowd at Gillette Stadium.

“It’s the end of the year and you have to fight for points,” Rowe said. “This one especially because it bumps us up to first place.”

The Revs are now 7-0-1 in their last eight games, beating the Red Bulls despite the absence Jermaine Jones while maintain a level of play that brings to mind their scintillating close to last season.

One of the differences, though, is the performance of 20-year-old winger Diego Fagundez, who scored for a fourth straight game, putting the Revs ahead initially in the second minute.

The victory sends the Revolution (13-9-7) to the top of conference with 46 points, which is one point ahead of the Red Bulls (13-8-6), although New York still has two games in hand.

“It wasn’t a good performance for us, one of our worst of the year,” Red Bulls coach Jesse Marsch said. “It’s so frustrating to know that this was a big game, with first place on the line and to come to a tough place and not be at our best.”

Mike Grella had the only goal for the Red Bulls, but it was a good one, bombing in Jose Goncalves’ failed clearance on an unstoppable shot from over 20 yards out in the sixth minute.

Fagundez started the scoring just past the minute mark off a Lee Nguyen free kick from the Revs’ own end. Juan Agudelo showed deft touch, redirecting Nguyen’s ball over to Fagundez in the left side of the box. Goalkeeper Luis Robles got a glove on it but couldn’t stop the near post finish.

Grella started the sequence on his goal with a long pass to Sacha Kljestan. He then sent the ball to left back Kemar Lawrence and Goncalves sent his centering pass off the crossbar and out to Grella.

Rowe broke the 1-1 tie just past the hour mark after the Revs were able to keep Daigo Kobayashi’s left side corner in the area. Scott Caldwell was eventually able to get a clean foot on it to advance the ball to Rowe, who managed to stay onside and finish out in front.

“I thought Kelyn and Diego (were) finding good spots whether it’s up the field or pinching in,” Revs coach Jay Heaps said. They’re starting to be real seamless in finding the right spot and the balance of how far away they are from Scotty or Lee.”

Dax McCarty denied another potential Revolution goal in the 21st minute, getting back in time to defend the left post on a Nguyen free kick that looked headed for the inside netting.

Fagundez returned the favor in the 74th minute when McCarty sent a diving header on frame. It looked like goalie Bobby Shuttleworth might not get there, but Fagundez cleared the ball off the line.

McCarty and Connor Lade will both be suspended for the Red Bulls’ game against the Portland Timbers on Sunday due to yellow card accumulation.

“I’m not concerned about that,” Marsch said. “We’ve got a deep group here. We’ve got a bunch of guys who understand their roles. So it’ll be a good opportunity for some different guys to step on the field and now show what they are about.”

The Revs will look to extend their winning streak on Saturday on the road against the Montreal Impact.