Tranquillo Barnetta finding his groove with the Union 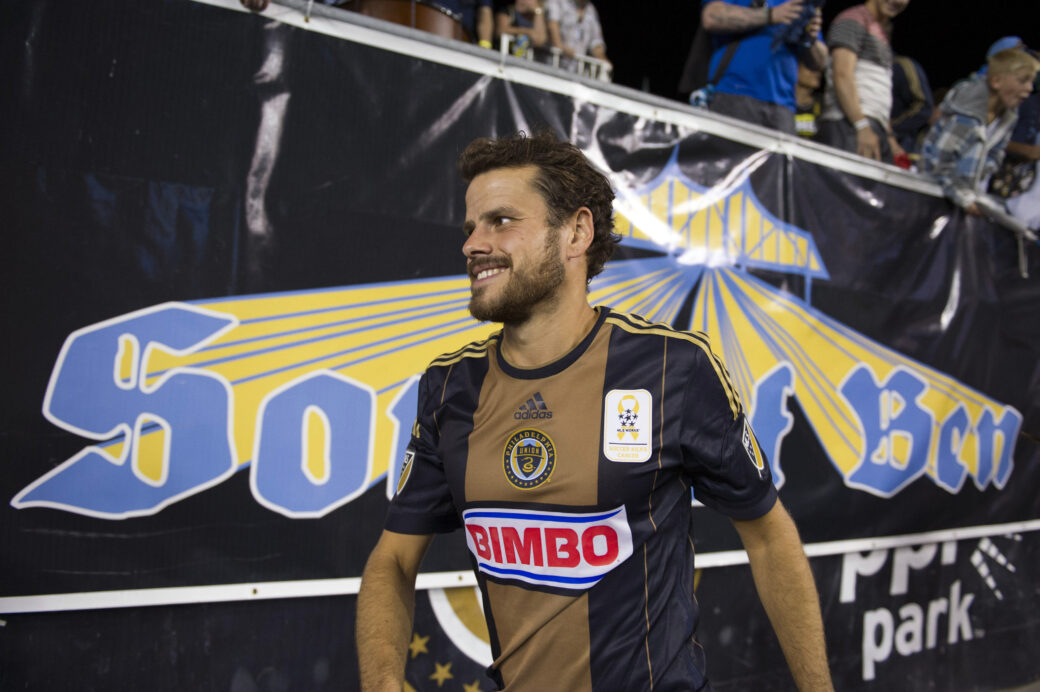 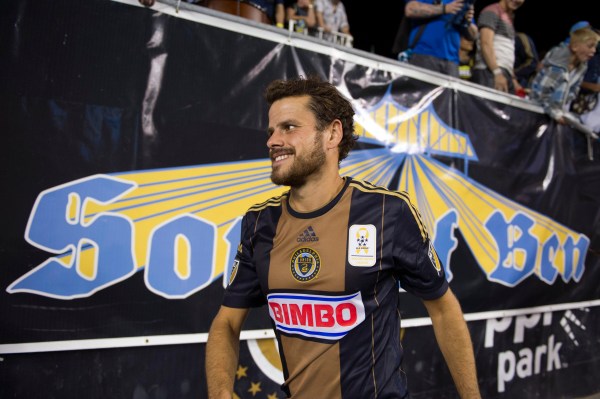 CHESTER, PA — Tranquillo Barnetta’s transition into the Philadelphia Union attack has seemed like an easy one based off of his last few performances, but he wasn’t able to score his first goal for the club until Sunday’s win over Houston.

The former Schalke man and veteran of three World Cups netted his first strike in the third minute of the Union’s ninth victory of the season.

Barnetta benefited from some nice play on the right wing by Sebastien Le Toux and finished off a pass from the Frenchman into the bottom-right side of the net in the third minute of the 2-0 victory at PPL Park on Sunday night.

“It’s great if you can score at home. It’s always nice,” Barnetta said. “And I worked hard the last games to score one time, and of course, it’s nice to start the game like this.”

“It’s always great (for him) to get (the first goal) out of the way,” Le Toux said. “He had a lot of success in his career and he has nothing to prove to anybody in our team.

“He’s a great player and we know he can do stuff like this. But it’s great for him. We are very happy,” Le Toux added. “We hope now he’ll keep doing well offensively with goals, assists or even creating opportunities. He’s a great player. We’re happy to have him.”

Barnetta has been able to assimilate into the Union attack since making his club debut as a substitute on Aug. 2 against the New York Red Bulls.

Although it took him a few matches to reach full fitness, Barnetta has now become a force in the Union attack alongside Le Toux and Cristian Maidana.

“I think when I feel better with my body, when I feel fitter, then I can put more in our game,” Barnetta said. “And that gets better each game. I think the last games, also, it goes better and better. It’s always nice when you can score.”

“Of course. It’s always nice if you can play with those good players, but of course in the beginning, you need time to get to know each other,” he continued. “Obviously everybody thinks a little bit different on the field, but I think with every minute we can play together, I think you see we feel more comfortable. We know where the other guys is running, and that helps us a lot. We have to keep going like this, and we have a big game here in 10 days.”

Barnetta also earned praise from Union manager Jim Curtin for his relentless effort in the midfield.

“He does a lot of dirty running. His passing has been very good. He’s getting sharper and sharper. Getting used to his teammates. You’re starting to see some combinations,” Curtin said. “And Tranquillo was usually involved in those moves to goal. Happy with him. He’s been asked to do a lot, centrally, out wide, and he has been a true professional with everything that’s been thrown at him.”

With a late charge at the playoffs still a possibility and the U.S. Open Cup final on the horizon, the Union are hoping to get more out of Barnetta in the coming weeks.

“It’s good. It’s going to give him confidence to go on and get more and more,” Union defender Maurice Edu said. “He’s always finding himself in good spots and creating chances for other people. To get his reward is good. Hopefully he’ll get more goals to finish off the season and take that into next season as well.”