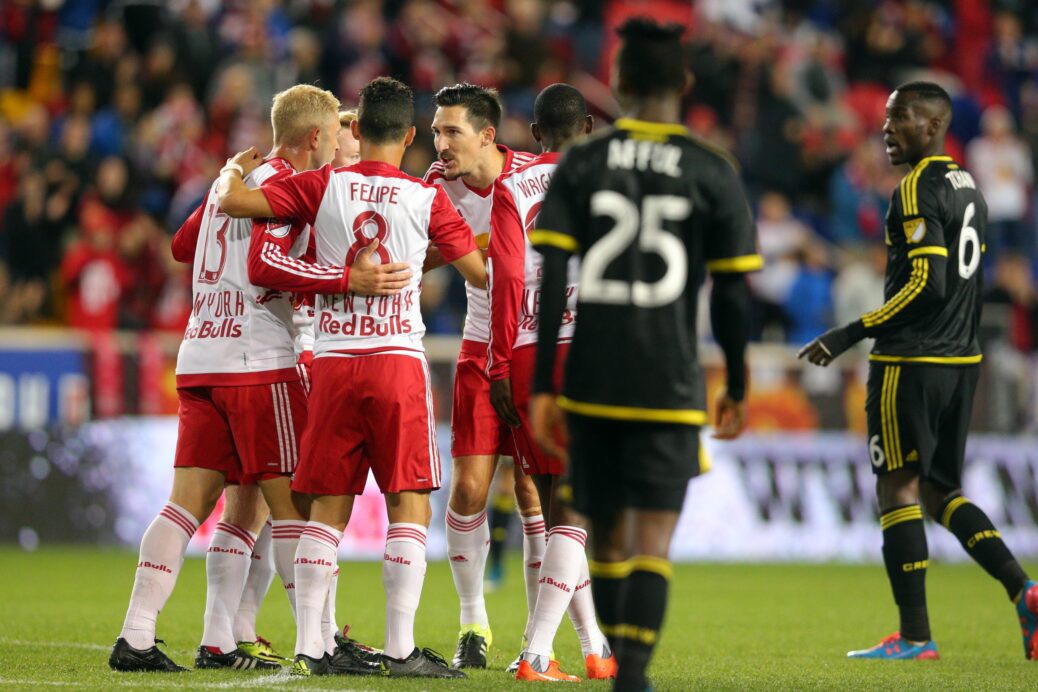 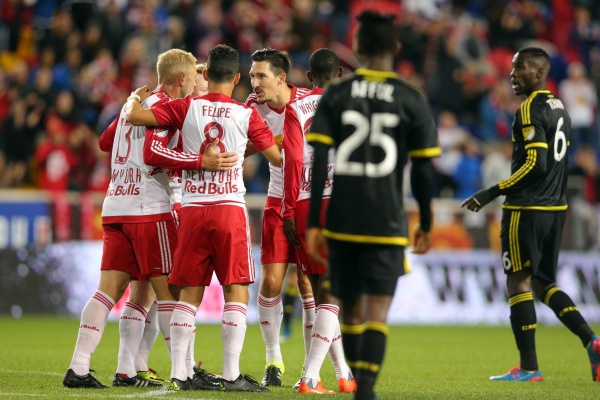 In a battle of Eastern Conference contenders, the New York Red Bulls staked their claim as the division’s best team.

Despite surrendering an early goal, the Red Bulls bounced back with two in quick succession to earn a 2-1 victory over the Columbus Crew on Saturday night at Red Bull Arena.

With the victory, the Red Bulls, who were without centerback Matt Miazga due to international duty, take a three-point advantage atop the conference while remaining in the race for the Supporters’ Shield. The Crew, playing without Wil Trapp, fall to fourth in the conference following the result, behind the Red Bulls, D.C. United and the New England Revolution.

After seeing Justin Meram provide the game’s opener in the ninth minute, the Red Bulls got their response just three minutes later as Sam snatched momentum right back with an equalizing goal.

Taking advantage of a Crew giveaway, Red Bulls winger Mike Grella dashed in on goal before unleashing a shot towards Steve Clark. The rebound fell to Sacha Kljestan, who squared a simple pass for Sam to rocket into the upper corner to push the game to 1-1.

Nine minutes later, the scoreline was pushed to 2-1 in favor of the hosts as Bradley Wright-Phillips notched his 15th goal of the season.

On yet another giveaway in the back, Connor Lade darted down the left-hand side before hitting a cross into the center of the box. Wright-Phillips sat waiting and unleashed a thunderous header past an helpless Clark, who was left in no man’s land as the Red Bulls seized the advantage.

The scoreline would remain despite pressure from the Crew and a series of chances for the home side. Red Bulls goalkeeper Luis Robles was called in to make four saves, the best of which came on a Federico Higuain rip in the 75th minute. Clark, meanwhile, made five stops on the evening, as the Red Bulls’ patience in front of goal failed to yield a two-goal advantage.

It would prove no matter, as the Red Bulls now leap three points ahead of the field atop the Eastern Conference.

The Red Bulls now face a quick turnaround ahead of Wednesday’s clash with fellow contenders in the Montreal Impact. The Crew look to bounce back on the road against Toronto FC on Oct. 17.