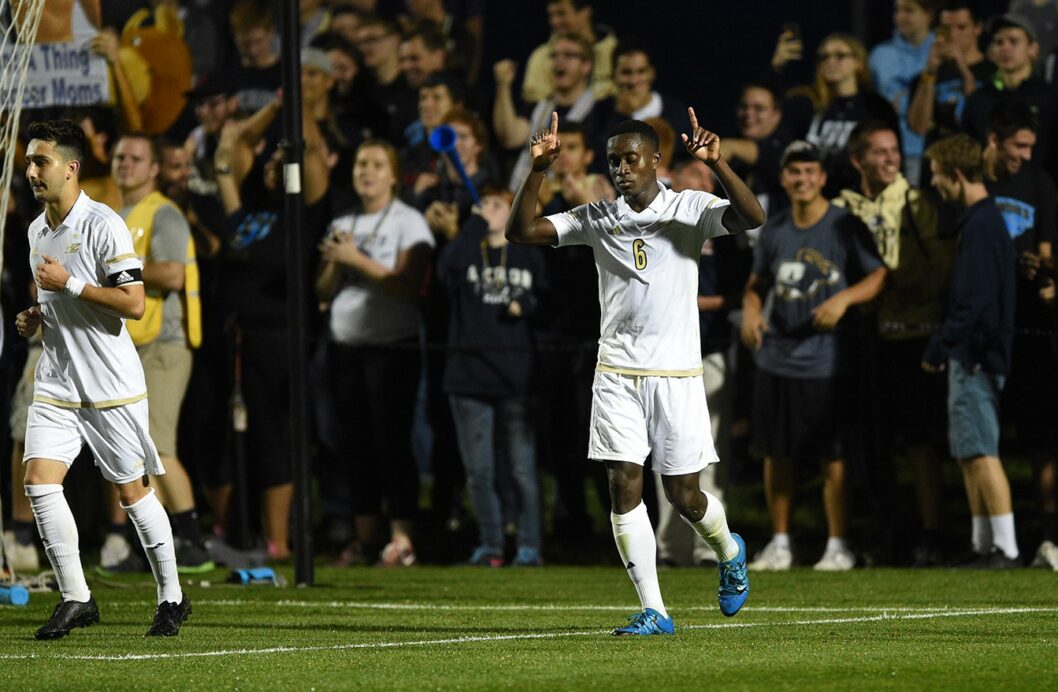 The ACC continued to show its dominance this week in college soccer, but one familiar threat in the conference is starting to struggle while a Mid-American side continues to look unstoppable.

SBI No. 7 Akron posted an impressive 4-1 win against Big Ten side Michigan State Wednesday, as junior Victor Souto scored a hat trick from the penalty spot while sophomore Sam Gainford a goal of his own.

Sophomore Richie Laryea, who is having a breakout year with the Zips and has scored nine goals thus far in the 2015 season, proved to be a handful once again. He forced the first penalty against the Spartans and eventually claimed his fourth assist of the year on Gainford’s goal.

While Akron is on a seven-game win streak, ACC power Notre Dame can’t seem to secure a win. The Fighting Irish have only won once in their previous five games. Despite Notre Dame’s 1-1 tie with Northwestern Tuesday, the majority of the conference’s top teams cruised to another victory during the week.

No. 5 Wake Forest used the momentum of beating No. 2 North Carolina over the weekend to pummel Georgia State, 5-0, No. 4 Clemson topped Georgia Southern, 3-1, and the Tar Heels punished Campbell, 6-1, on the road.