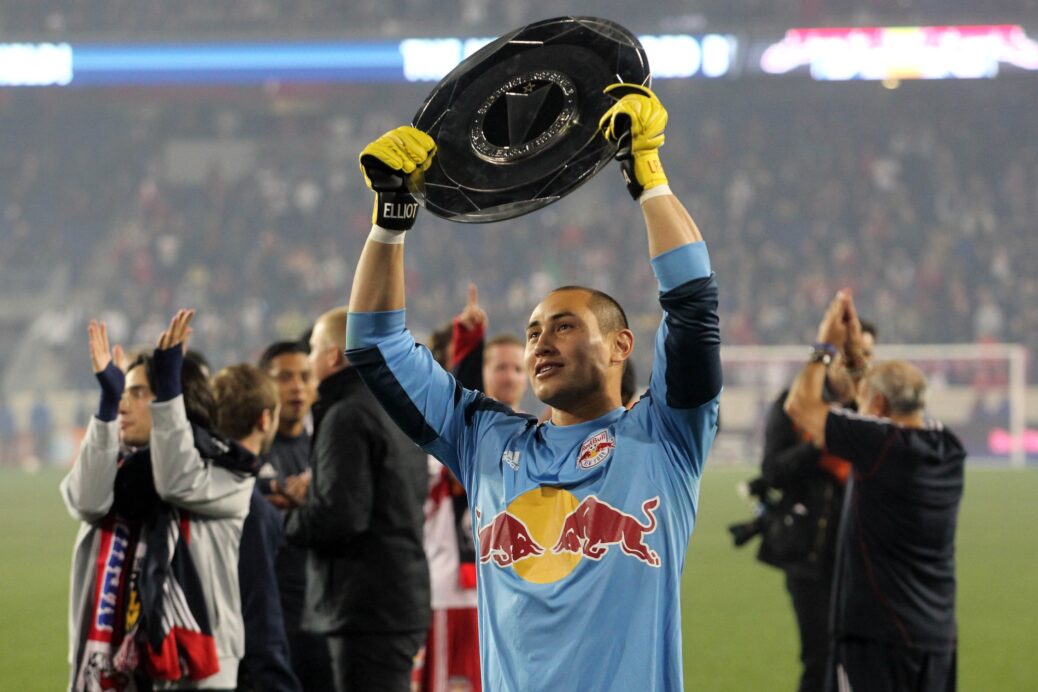 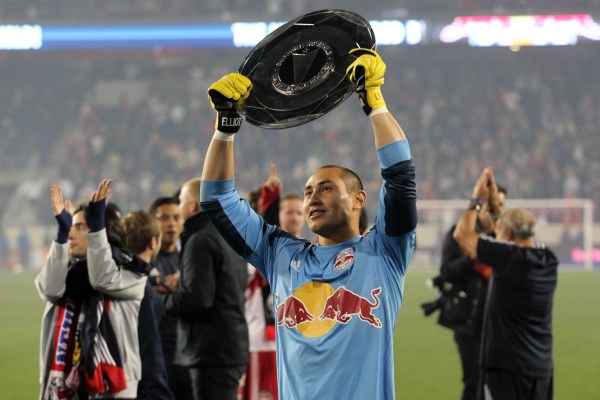 Just two seasons ago, the New York Red Bulls found themselves in a similar position to that they occupy now: favorites to claim the Supporters’ Shield.

Yet, for the current crop of Red Bulls talent, the journey seems none too familiar.

Having claimed the 2013 Supporters’ Shield crown, the Red Bulls are on a path to do so again in 2015. As things stand, the Red Bulls stand level on points with the LA Galaxy despite two less games played, while FC Dallas remains one point off of the race.

Still, the current Red Bulls aren’t leaning on the experiences of yesteryear in this season’s pursuit because, quite frankly, few can remember them.

“The main thing that you have to talk about if you want to compare the two years is that there are a lot of differences,” said captain Dax McCarty, a member of the 2013 team. “There’s not many similarities. Maybe four or five players are still here from that winning season, but there are a lot of changes that have been made to the organization. That team in 2013, we got hot late and that was the story of our season. We got hot late and took the Shield because of it.”

“I don’t think the pressure exists from that previous run,” added teammate Luis Robles. “I say that because there are only a few guys here from that run, so it’s not like we can look at that precedent and even reflect on these emotions, because a lot of these guys weren’t here. What we’re doing now is something new, but with that being said, we understand that the target is on our back.”

Count head coach Jesse Marsch as one new to the team’s battle for silverware. Yet, he understands that the coming weeks will be all about mentality.

Marsch insists that his team remains focused on the task at hand, not the reward at the end of the picture. Starting with Wednesday’s test against Didier Drogba and the Montreal Impact, the Red Bulls cannot afford to count any chickens before they hatch.

Still, Marsh is practical. The Red Bulls head coach says there is a balance to be struck from here on out with regards to preparing for a postseason run. The idea is to keep players sharp and ready to go, while also making sure legs are rested ahead of a postseason run.

“Finishing top of the East and the Supporters’ Shield, it gives us something to play for,” Marsch said. “It’s not like we’re just in the playoffs and on cruise control. We need to, every game, understand what the mentality of real games is like because there are teams that we’re playing that are desperate for points to make sure that they get themselves into the playoffs.

“All in all, the fact that we have things to play for means that we can’t take the foot off the pedal. That’s been an emphasis of ours regardless of where we’ve been on the table, but there’s something tangible out there to continue to strive for. The way we get there is understanding what the daily process is and to go through it game by game.”

Those games, especially the next two, will not be easy. After facing off with the Impact Wednesday, the Red Bulls visit Toronto FC on Oct. 14 before wrapping up against bottom-feeders in the Philadelphia Union and Chicago Fire.

No matter how much the team preached the idea of taking things step-by-step, the Red Bulls know that they are drawing ever closer to one of their goals yet again.

“The Supporters’ Shield conversation continues to get louder, and we know that,” Robles added. “From the very beginning, we drew out that we wanted to finish one or two in the conference. We wanted to avoid that play-in game. As long as we continue to do the things we’ve done well, along with the idea that there are still some things we can improve on, and if we can improve those as well, then we’re in a great position.”