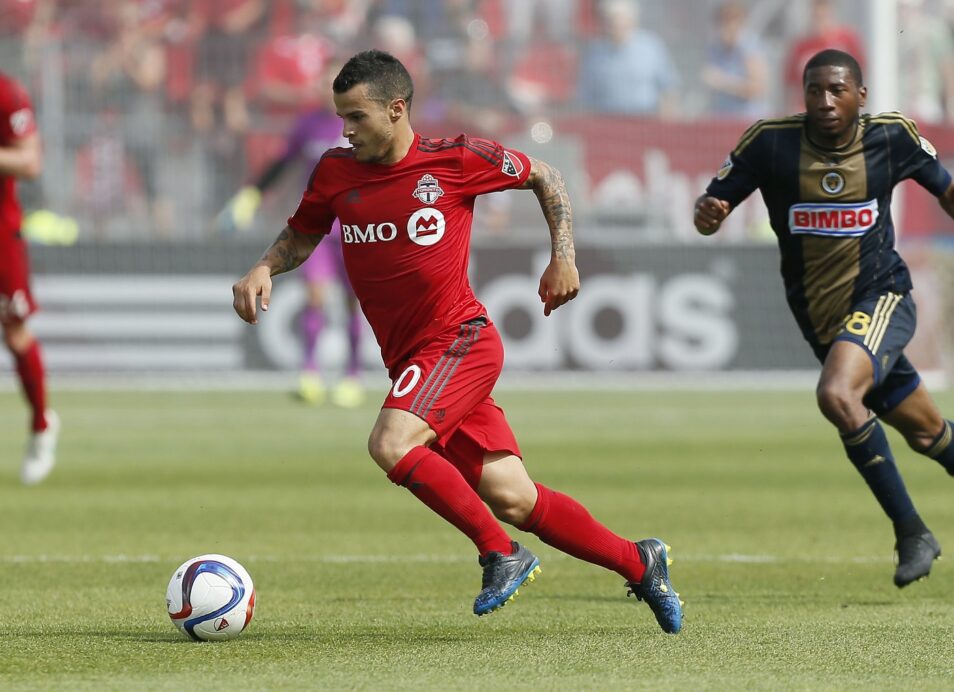 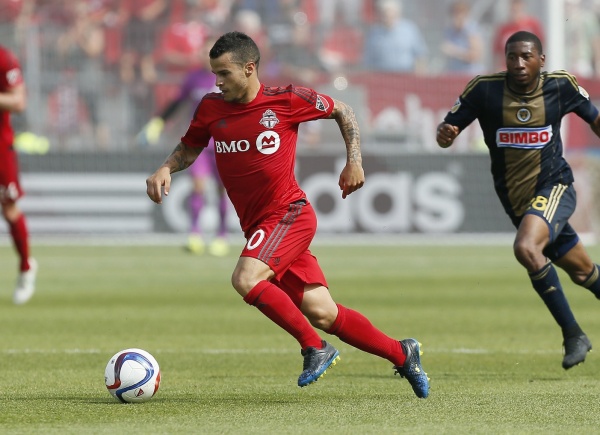 Sebastian Giovinco continues to score while Toronto FC is on the verge of its first-ever playoff berth.

The Italian scored yet another goal, his 21st of the season, to help lead TFC to a 3-1 victory over the Philadelphia Union Saturday at BMO Field.

With the loss, the Union are officially eliminated from playoff contention, while Toronto FC could clinch a playoff berth with a Montreal Impact win over Orlando City.

Giovinco’s latest effort came in the 28th minute via a free kick. Lining up next to Michael Bradley, the Italian smashed his set piece straight into the Union wall. The ball caromed all the way to the far post, leaving Andre Blake helpless as Giovinco provided TFC with yet another goal.

The finish was Giovinco’s 21st of the season, one behind Kei Kamara as of the game’s final whistle. The Italian had a chance to add to it via another set piece opportunity in the 43rd minute, only to see Blake palm it away in a save-of-the-week candidate.

Following a dominant first half that saw TFC fire 11 shots to the Union’s zero, Jozy Altidore continued the TFC push with the team’s second goal of the evening.

On a ball in from Marky Delgado, Altidore out-muscled his defender before taking the ball down with a perfect touch. Now with an open look on goal, Altidore finished calmly to extend the TFC lead to 2-0.

The Union grabbed one back in the 66th minute through a Steven Vittoria flicked header before an extra-time own goal from Richie Marquez forced Philadelphia to settle for the team’s second loss of the week following Wednesday’s U.S. Open Cup heartbreaker.

Toronto FC returns to action Oct. 14 in a clash with the New York Red Bulls at BMO Field, while the Union look to push towards a positive season’s end four days later against the very same opponent.