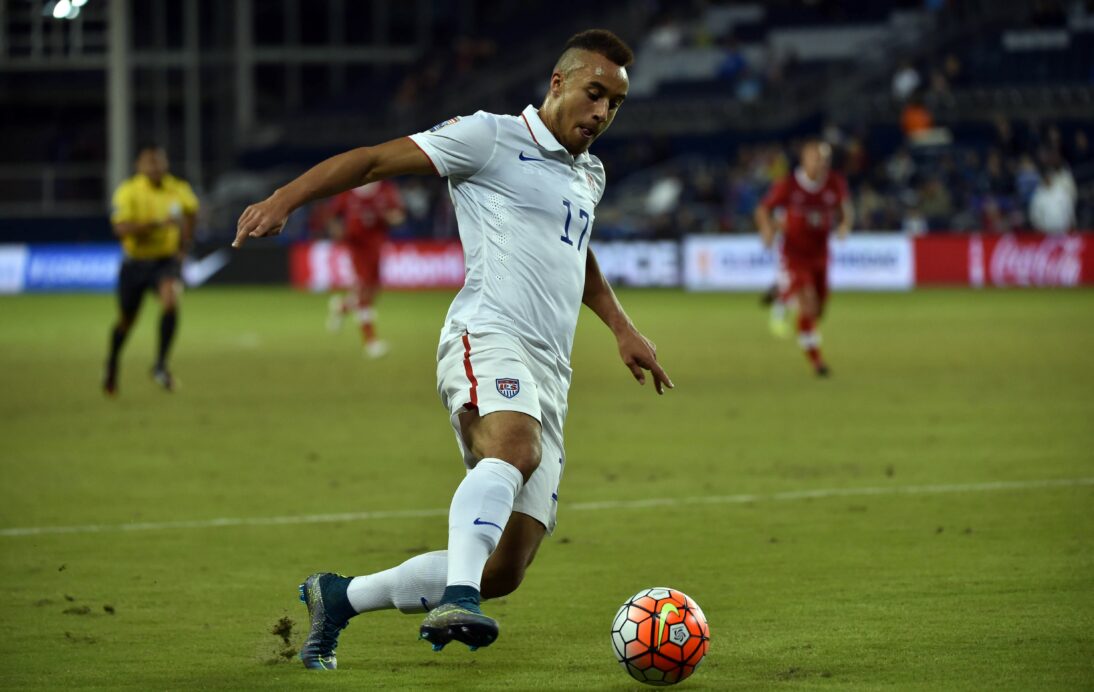 KANSAS CITY — It was expected that Jordan Morris would star for the U.S. Under-23 Men’s National Team Thursday evening in the team’s first Olympic qualifying match against Canada at Sporting Park. Dutifully, Morris scored two goals in the Americans’ 3-1 win.

The real motor for the United States, however, was Morris’s partner up top, Jerome Kiesewetter. The Stuttgart forward recorded an assist on Morris’s first-minute goal and drew the penalty that would later seal the win for the Americans.

“He was a little unlucky not to score but he set up two and had a great game,” Morris said of Kiesewetter after the game in Kansas City. “We have a good partnership. He was always constantly working, constantly moving, and making great runs.”

Kiesewetter registered five shots in total during the match, three of them on goal. One of those shots included a blistering effort that grazed the far post after Kiesewetter shed a defender on the right side of the field during the first half.

In the very first minute of the game, Kiesewetter sent an inch-perfect cross into the 18-yard box that Morris nodded into the goal for the lead.

“All credit to Jerome. I didn’t have to do much to put it in,” Morris said. “But it’s good to keep that confidence and score goals.”

U.S. U-23 head coach Andreas Hertzog said Kiesewetter’s success was a product of the decision to play him up top with Morris instead of his customary position on the right from the midfield.

“If he has to work too much defensively, he loses his power, his energy up front,” Hertzog said. “So I made the decision to bring him as a second striker and that decision was OK.”

When asked to assess his performance in the match, Kiesewetter deferred to his team’s overall ability; asked whether the match was his best in a U.S. shirt, he deferred to Hertzog, saying: “Ask coach.”

“I love playing with Jordan, he’s a very talented striker, very talented kid,” Kiesewetter said of the new partnership. “He always want to win, and I think we fit each other good.”