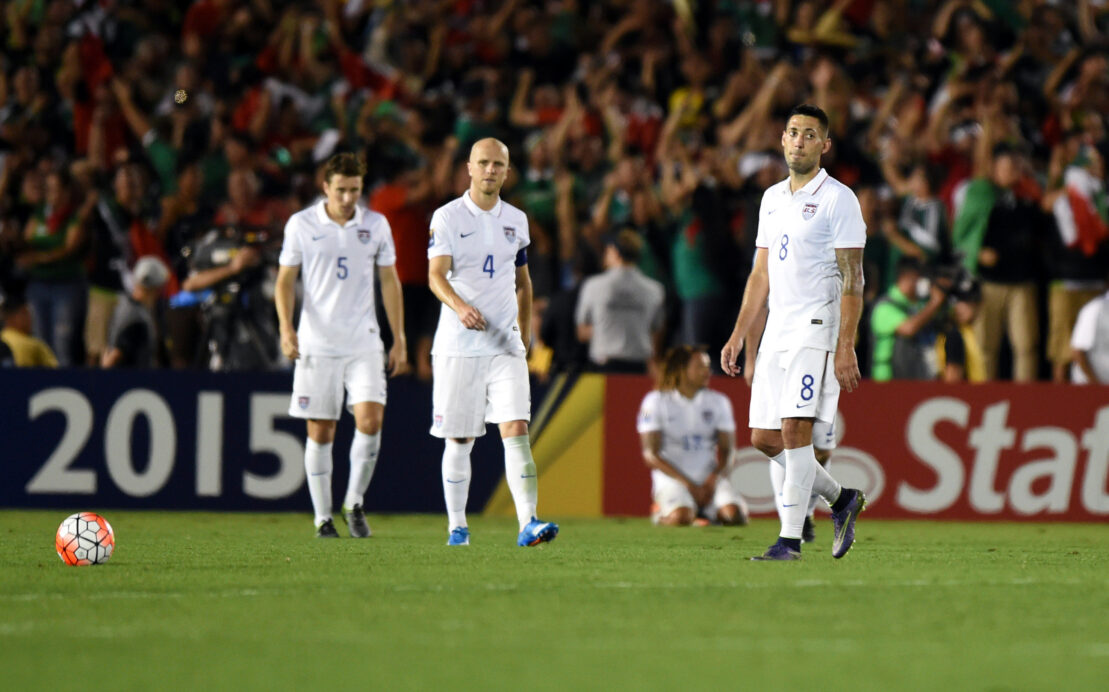 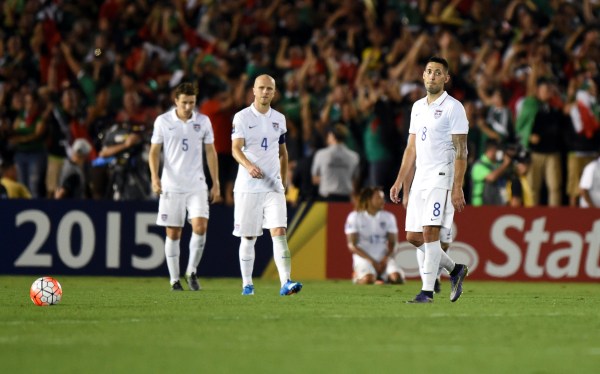 In soccer, sometimes one moment of magic proves to be the difference.

That was apparent as ever in Saturday’s clash between the U.S. Men’s National Team and Mexico.

Tied as the CONCACAF Cup entered the 118th minute, the U.S. conceded a late goal that gave Mexico a 3-2 victory. The difference was a spectacular strike from Mexico’s Paul Aguilar, a volleyed goal worthy of being the difference in a cup final.

For the U.S., the loss stung as much as any in recent memory, especially given how late the finish came. That hurt was only magnified by the knowledge that the U.S. was just moments away from a penalty kick shootout that could have helped the team achieve its goal of reaching the 2017 Confederations Cup.

“In the 118th minute, they score a great goal and, in the end that’s the difference,” said captain Michael Bradley. “Obviously we can talk about how things went over the course of the game, but, like I said, in a final like that, it’s never going to go perfectly and I still thought that we were able to deal with things for the most part in a pretty solid way.

“To get to that point in the game, the difference is a great goal.”

The great goal, to Mexico’s credit, was certainly deserved. Throughout the course of the 120 minutes at the Rose Bowl in Pasadena, California, Mexico was the more aggressive team, creating chance after chance while the U.S. was forced to bunker deep in their own half.

Bradley said that Mexico’s ability to create was aided greatly by its front three. With Oribe Peralta, Javier ‘Chicharito’ Hernandez, and Raul Jimenez roaming and interchanging at will, the U.S. defense was forced to retreat while leaving space on the wings.

Forced to chase El Tri all over the field, the U.S. began to tire in the second half. Even with a pair of come-from-behind goals, the Americans finally collapsed by conceding a goal almost as late as could be.

“We knew they were a good team,” said goalkeeper Brad Guzan. “We knew at times they would have possession of the ball. They are entitled to have possession of the ball. Like I said, they are a good team, and I think, come that late in the game there is obviously going to be tired legs. It’s warm, it’s intense, good atmosphere. All those things, take a toll on your body when you’re competing in a game like this.

“We can talk about all this stuff but this is football,” Bradley added. “This is what goes on. You can play 118 minutes and it’s 2-2 and, in the end, they score. Aguilar scores a great goal, a great goal off a broken set piece. You talk about the margins, this is it. With a question about ‘was the game not as close as the scoreline represents?’ To me, it was pretty close.”

No matter how close the defeat was, it remains just that: a defeat. With the loss, the U.S. now misses out on the viral experience of playing in a Confederations Cup.

The margins don’t matter, the scoreline is irrelevant, and history will remember Saturday as a loss, one that will remain a sore spot for the extended future.

“At the end of the day, we didn’t get the result we wanted,” Guzan said. “Plain and simple. Deserved. Soccer is a cruel game sometimes. We came up a bit short tonight.”