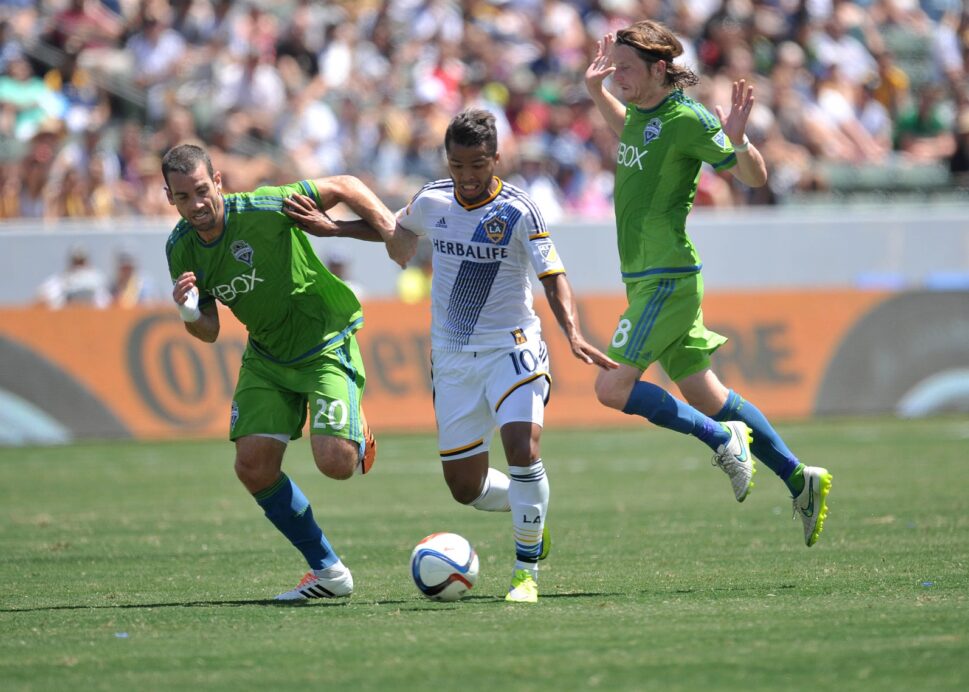 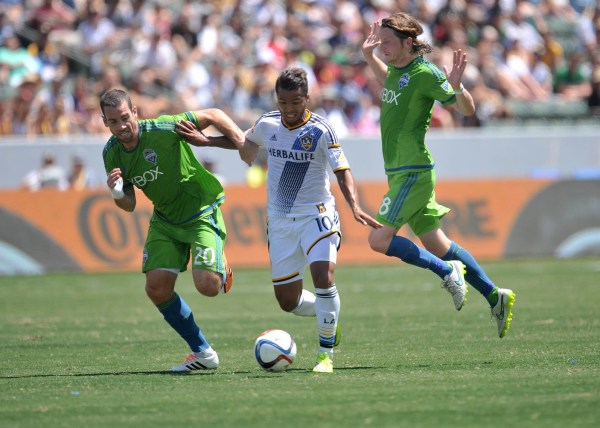 With just four weeks remaining in the regular season, several teams face do-or-die battles in their quests for either a playoff berth or the Supporters’ Shield.

Headlining the weekend’s action is a heavyweight clash between the LA Galaxy and Seattle Sounders at CenturyLink Field as the two teams push towards a potential postseason run. Meanwhile, Supporters’ Shield contenders collide as the New York Red Bulls take on the Columbus Crew at Red Bull Arena.

The San Jose Earthquakes look to keep their playoff hopes alive against the Vancouver Whitecaps, while both New York City FC and Orlando City face-off with playoff contenders while looking to keep their own postseason hopes alive.

Although it may be too little, too late, New York City FC can continue its hot streak Friday with a visit to the nation’s capital.

Winners of three straight, NYCFC is finally playing like the team many imagined it to be. Frank Lampard and Andrea Pirlo are reaching their peak, while David Villa remains as consistent as ever. The team will be without defender Shay Facey, though, do to injury.

In D.C. United, NYCFC faces a team in a major rough patch as the season reaches the home stretch. Winless in six, D.C. is limping towards a postseason position. With Toronto FC and the Montreal Impact on their heels, D.C. is dangerously close to sinking down the Eastern Conference table.

Following the midweek U.S. Open Cup heartbreak, the Philadelphia Union will need to bounce back quickly against one of the league’s most dynamic attacks.

The Union were forced to accept yet another home field final defeat in Wednesday’s defeat to Sporting KC, marring the club’s one bright spot on an all together frustrating season. With 120 minutes in the team’s legs from midweek, the Union can’t afford to be sluggish against a Toronto FC team still in a playoff battle.

TFC looks bound for the club’s first ever postseason berth, as Sebastian Giovinco continues to set the pace for each and every player in MLS. An MVP favorite, Giovinco’s task is now to lead TFC to a solid finish as home field for the opening round is still very much within reach.

Saturday’s clash between the New York Red Bulls and Columbus Crew will see the winner stake a major claim as the East’s best team.

Entering with two games in hand, the Red Bulls sit one point above Saturday’s opposition for the top spot in the Eastern Conference. Without Matt Miazga, the Red Bulls’ hopes of keeping that spot will rest on Ronald Zubar and his ability to contain the always-dangerous Kei Kamara.

The Crew are not without a key international absence themselves, as Wil Trapp joins Miazga with the U.S. Under-23 Men’s National Team. Yet, having dealt with Trapp’s absence earlier this season due to concussion, Gregg Berhalter told SBI that the team is well-prepared for one more game without Trapp heading into the stretch run.

Orlando City is looking up at the Montreal Impact on the table, and the Lions will have to take three points from them Saturday to keep playoff hopes alive.

Riding another Cyle Larin hat-trick last time out, Orlando City remained hot with a 5-2 defeat of the New York Red Bulls. Sitting four points behind the Impact with three games remaining, a loss Saturday would all but end Orlando City’s playoff hopes.

To keep the dream alive, Orlando City will have to do something unprecedented in MLS this season: stop Didier Drogba. The Ivorian has scored seven times in six gams, while the Impact are unbeaten in the six games since Drogba assumed a spot in the starting lineup. The big question though is whether Drogba actually plays. A recent report out of Montreal quoted coach Mauro Biello as saying Drogba wasn’t a fan of the idea of playing on the artificial turf in Orlando.

Now cold after a major win streak, the New England Revolution will be glad to see the ailing Chicago Fire.

After winning six straight, the Revs have collected just one point from its last two games. The Revs still remain within striking distance of the conference’s top seed, as the play of Lee Nguyen has helped the team to within one point of the Red Bulls.

The Fire’s move away from the Frank Yallop era has produced similar results. Brian Bliss has been handed losses in both games since assuming the role of interim manager as the Fire’s losing streak has reached five straight.

Positioned fifth and sixth in the Western Conference, Saturday’s clash between Sporting KC and the Portland Timbers could give one side some much-needed breathing room.

Sporting KC enters on a major high after capturing the U.S. Open Cup crown midweek. Yet, the club will now be playing on tired legs following an 120 minute battle. Add in league form that has seen just one win and six games, sending Sporting KC all the way to fifth in the table after previously looking like Supporters’ Shield contenders.

The Timbers sit one point behind them in sixth place. That effort was aided by last week’s result, a 2-1 victory over the Columbus Crew. To continue, the Timbers will need Fanendo Adi to stay hot after the forward scored two goals last time out.

In what will be a season-defining game, the San Jose Earthquakes must take down the West’s top team.

Taking on the Vancouver Whitecaps, the Quakes currently sit one point out of a playoff position despite playing one extra game than the two teams above them. Luckily for the Quakes, the Whitecaps have been lackluster in recent weeks in slumping to two straight losses.

Still, despite their recent form, the Whitecaps are very much in the hunt for the Supporters’ Shield. The Caps currently sit two points behind the Galaxy with a game in hand, while level with a Red Bulls team with one less game played. That makes Saturday’s game all the more meaningful as the Caps pursue a second trophy of 2015.

The Texas Derby is in for another round this weekend with two teams on the opposite side of the red line.

FC Dallas can sweep the season series against the Houston Dynamo on Saturday after winning the prior two matches by a combined 6-1 scoreline. In particular, Fabian Castillo proved deadly in the prior two contests, netting two goals while providing two assists.

With Mauro Diaz and Dan Kennedy both returning from injuries, FC Dallas looks to be at full strength heading into the weekend. That makes difficult for the Dynamo, who currently sit three points outside of a playoff position.

Stationed at the bottom of the Western Conference, both the Colorado Rapids and Real Salt Lake will clash Sunday with the aim of ending the season on a positive note.

The Rocky Mountain Cup remains up for grabs heading into Sunday’s third meeting of the year. After drawing the first game, the Rapids grabbed a result in the rematch via a 3-1 victory back in July.

However, the Rapids’ chances are severely impacted due to a string of injuries. Kevin Doyle, Dominique Badji, Michael Harrington and Axel Sjoberg all missed last week’s last loss to the Dynamo and remain questionable for Sunday. RSL are not unscathed as well, as Javier Morales is questionable due to a hip issue.

The Seattle Sounders take on the LA Galaxy as both teams look to surge towards the playoff. Entering Sunday, the Sounders are the more in-form team, riding a five-game unbeaten run up to fourth in the Western Conference table. Meanwhile, the Galaxy snapped a three-game winless run with a win last time out, moving to the top of the Supporters’ Shield standings.

Already missing Roman Torres for the season, the Sounders were dealt another blow with this week’s injury to Chad Marshall, who’s status remains up in the air going forward. Marshall’s injury puts further pressure on Brad Evans and Zach Scott, who will have to contain the Galaxy DP trio of Giovani Dos Santos, Robbie Keane and Steven Gerrard.