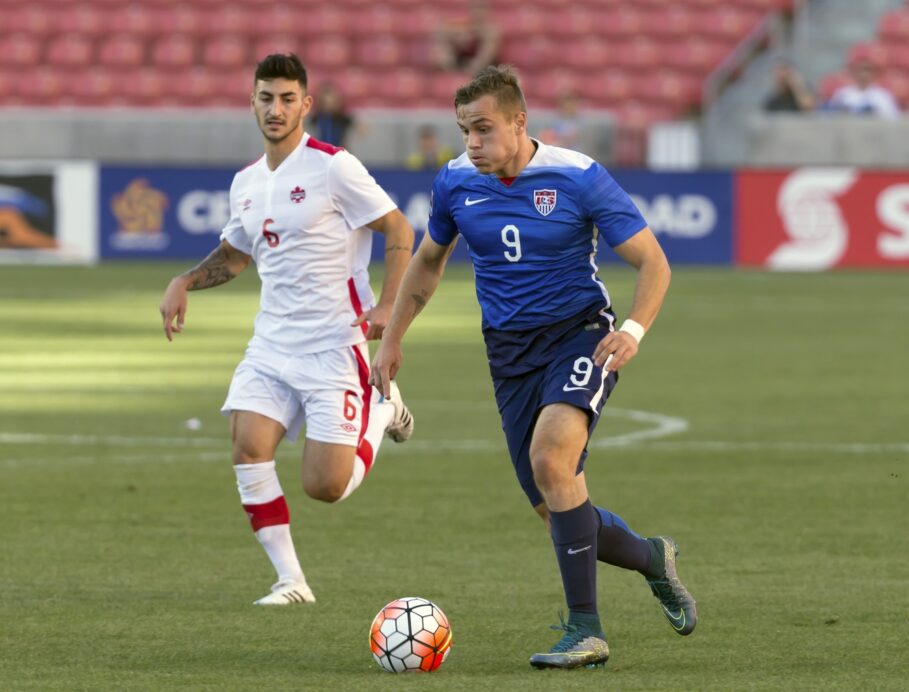 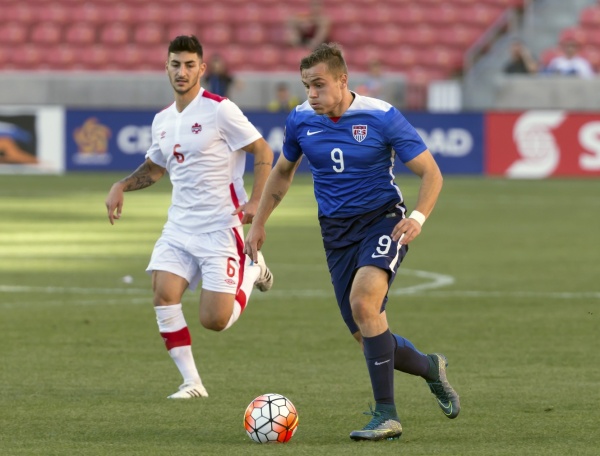 With the victory, the U.S. books a playoff clash with Colombia, which booked its spot with a second place finish at the 2015 South American Youth Football Championship. Contrary to initial reports that had the U.S. facing Colombia in a single match in Brazil, reports on Tuesday stated the U.S. will face Colombia in a home-and-away series during the international window in March of 2016.

Pelosi’s winner came on the heels of a set piece as a corner kick into the box was cleared to the top of the box. The U.S. midfielder was there to collect the loose ball before rocketing a shot that deflected off a Canada defender and into the back of the net to give the U.S. a 1-0 lead.The U.S. lead was doubled in the 84th minute via a Kiesewetter penalty kick. After being b rought down in the box by Canada goalkeeper Maxime Crepeau, Kiesewetter stepped up and smashed his spot kick into the back of the net to all but seal advancement to the playoff round.

Just moments before halftime, the U.S. was handed a major advantage as Canada’s Giuliano Frano was dismissed for a second yellow card. After getting beat by Jordan Morris on the left side, Frano fell on top of the loose ball just outside the box, drawing his second caution for a handball.

The U.S. finally took full advantage in the second half, as the two finishes proved to be enough for the U.S. to book a March date with Colombia for a second chance at clinching an Olympic berth.