Panama and Cuba play to 1-1 draw 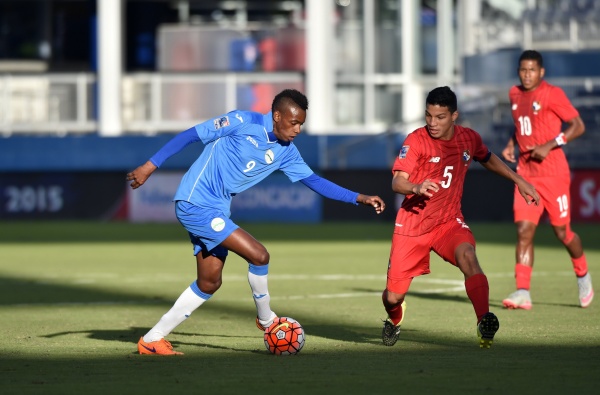 Panama clawed its way back from a deficit for most of the match in a 1-1 draw against Cuba Thursday afternoon at Sporting Park in Kansas City, Kans., to open Olympic qualifying.

Josiel Nunez pulled back a goal for Panama in the 76th minute after his team trailed for most of the game.

Nunez’s header at the back post equalized a sixth-minute goal scored by Cuba’s Maykel Reyes. In the 6th minute, Panama goalkeeper Elisier Powell tried to clear his line, but fired the ball into Reyes’ leg and it bounced into the net.

Shortly after Nunez’s equalizer, Panama went a man down after Fidel Escobar was sent off due to a reckless challenge in the 79th minute.

While Cuba held its own in the first half, the second half was controlled almost entirely by Panama. The game ended with Panama taking 14 shots to Cuba’s eight. Most of the second half was spent near the 18-yard box of Cuba as Panama hammered pressure onto the Cuban goalkeeper Sandy Sanchez.

Before the game began, Cuba was already missing four players. Emmanuel Labrada, Dairon Perez, Frank Lopez and Yendry Torres defected from the team. This left the Cuba team with only five substitutes while Panama had nine at its disposal.

Cuba faces the U.S. on Saturday, while Panama takes on Canada.