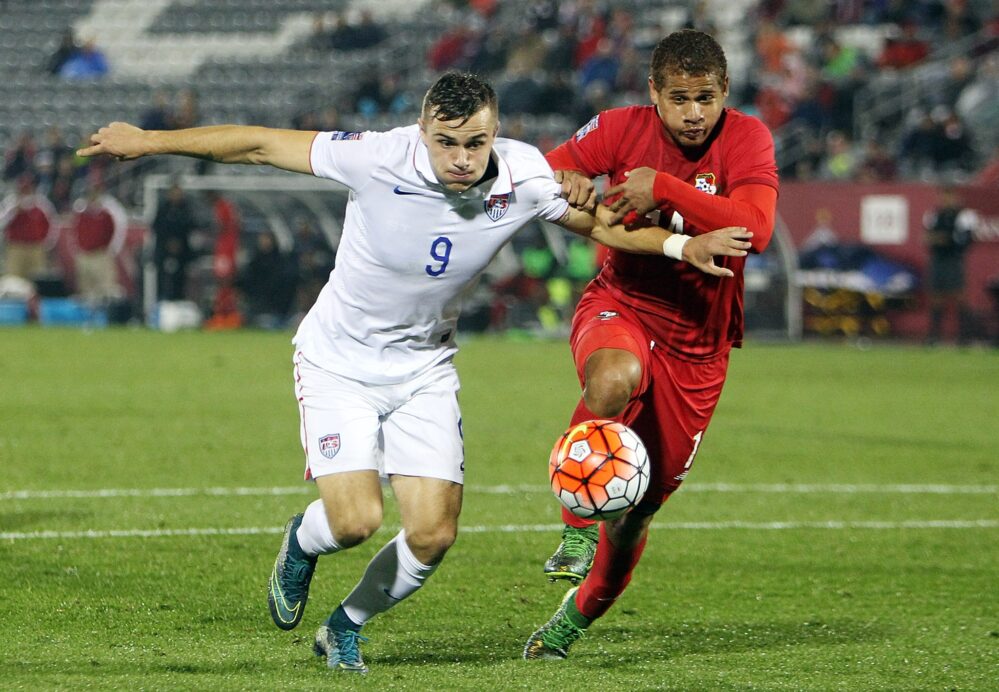 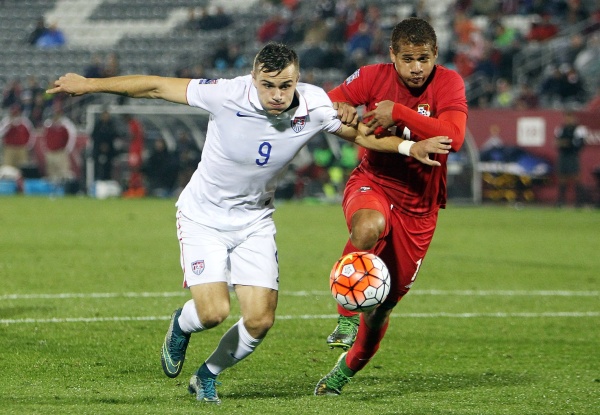 Three games, nine points and a group stage victory later, the U.S. Under-23 Men’s National Team is one game away from the Olympics.

Despite a somewhat nervy first half, the U.S. cruised past Panama, 4-0, via a second-half flurry to finish group play at a perfect 3-0. Mexico or Honduras await in the semifinals, and the U.S. now sits just one game away from clinching a berth to the 2016 Olympics in Brazil.

Wednesday’s performance proved to be more of the same of what we’ve seen from the Americans. In the attack, the U.S. proved dynamic, as substitutes Jordan Morris and Jerome Kiesewetter once again made the difference. In defense, the U.S. was solid in protecting Ethan Horvath in his tournament debut.

Here are some of SBI’s takeaways from Tuesday’s U.S. U-23 victory over Panama:

Its back may not have been against the wall, per se, but the U.S. did face at least some sort of adversity on Tuesday night.

For the first time all tournament, the U.S. was forced to play without an early lead. A first-minute Jordan Morris tally against Canada eased early nerves, while Cameron Carter-Vickers tallied inside 18 minutes to set up the eventual demolition of Cuba.

On Wednesday, the Americans found themselves in a game, at least for a half. For the first time in the tournament, the U.S. wasn’t far and away the better team, as Panama created a few looks at goal while bending, but not breaking, against the U.S. attack.

Yes, it was an attack without Jerome Kiesewetter and Jordan Morris, each of whom scored a goal in the second half. No, the U.S.’s status in the tournament was never in doubt.

But, for the first time in qualification, the U.S. found themselves in an actual game, something that will only serve as a benefit as it prepares for teams that will be much better than the Cubas and Panamas of the world.

What is left to say about Jerome Kiesewetter and Jordan Morris?

If they weren’t already regarded as the most indispensable U.S. players, they sure are now. When the two entered at the half, the U.S. was mired in a scoreless draw, unable to find a cutting edge. Within 10 minutes, it was 3-0, as the two instantly lifted the U.S. from possible upset to easy victory.

The two have combined about as well as head coach Andi Herzog could have hoped. Morris’ speed and technical ability are a handful, drawing plenty of attention from opposing defenses. Kiesewetter has proven just as dangerous, emerging as the team’s best at creating looks in the final third.

To be fair to them, both Maki Tall and Alonso Hernandez have done well when given the chance. Tall in particular looked dangerous on Tuesday and could have easily earned a penalty kick in the opening half.

But Kiesewetter and Morris should be the first two names on the team sheet, and for good reason. The two of them continue to prove themselves to be the most dynamic American  attacking prospects in the age group.

While Morris and Kiesewetter’s roles up top are all but certain, the position of goalkeeper remains a far cloudier picture.

Ethan Horvath stepped in Tuesday and played well against a Panama team that did force him into a few saves. A Tim-Howard-vs.-Belgium performance it was not, but Horvath did do well enough to preserve a clean sheet, his team’s first of the tournament.

Horvath’s inclusion comes after the goalkeeper missed the first two matches of the tournament to stay with his club Molde. Zack Steffen got the nod in those games and held his own, but allowed a goal in each of his two starts.

There were, however, long stretches where Steffen could have easily taken a nap in goal as the U.S. dominated inferior opposition in the first two matches. The two goals surrendered were less about his play and more about the defense momentarily switching off with a multi-goal lead.

Herzog now faces the choice of which goalkeeper he wants to lead his team into the knockout stages. Horvath appeared to be the obvious starter heading into the tournament and Tueday’s performance did nothing to deter that, but Steffen certainly didn’t look bad in his two run-outs.

Much like the senior team, the U-23s currently have two capable goalkeepers at their disposal. It’s just a matter of which one gets the nod Saturday in the team’s all-important clash with either Mexico or Honduras.

Heading into the 2015 tournament, the U.S. knew that any group stage missteps would be met with heavy scrutiny.

The U.S. cruised through the opening three games with a combined score of 13-2, dominating and appearing to get better as the tournament wore on. Following the group stage failures of 2012, the 2015 team left little room for doubt, cruising into the pivotal knockout round with as solid of a group stage as one could have expected.

Were there issues? Sure. Possession still remains a mild concern, one that can be alleviated by rapid-fire goal spurts like Wednesdays. The backline’s late-game lapses in the opening two games were disappointing as well, but somewhat excusable considering the circumstances. At other times, the midfield failed to click on anything that wasn’t route one.

Yet, for Herzog, the group stage went about as well as planned, aside from an injury to Marc Pelosi. Many of the team’s regulars were afforded rest Tuesday, and the stars that were involved were the best players on the field.

No one remembers a group-stage winner, however. Not in this type of tournament. The U.S. will live and die by how well it does in Saturday’s game. Mexico or Honduras will certainly present the U.S. with its toughest challenge to date after what can only be seen as an overmatched unit of group-stage foes.

However, up to this point, it’s mission accomplished. Now, the U-23s prepare for what will be several of the players’  biggest game of their careers.