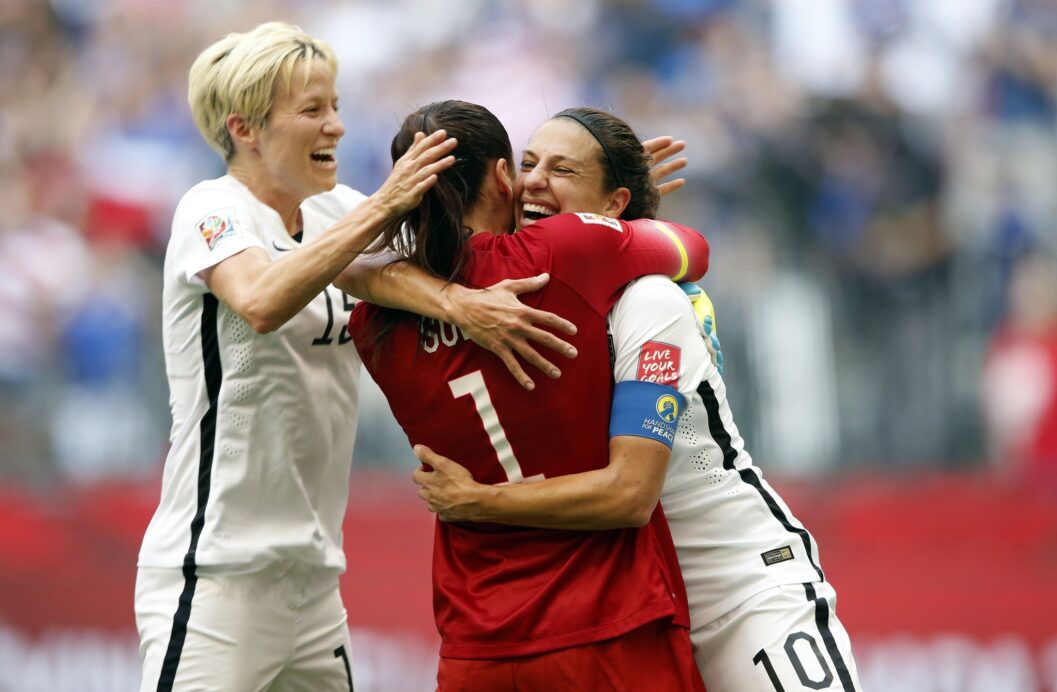 The nominees for FIFA Women’s World Player of the Year are out, and a trio of U.S. Women’s National Team stars find themselves among those shortlisted for the award.

Carli Lloyd, Megan Rapinoe and Hope Solo are among the 10 woman shortlist for the award, which will be presented on Jan. 11 at the FIFA Ballon D’Or Gala. The nominees will be trimmed to three finalists on Nov. 30.

In addition to the players’ nomination, USWNT head coach Jill Ellis has also been recognized as a nominee for FIFA World Coach of the Year for Women’s Football.

Lloyd’s inclusion comes on the heels of a spectacular Women’s World Cup run that included a hat-trick in the tournament final. The USWNT midfielder was recognized with the tournament’s Golden Ball while coming in second in the Golden Boot race to Sasic.

Rapinoe also proved to be a key contributor in Canada, leading the U.S. with a brace in the team’s opening group stage contest. Widely regarded as one of the USWNT’s more creative options, Rapinoe and the USWNT lifted the Women’s World Cup trophy on the winger’s 30th birthday.

Solo cemented her status among the world’s top goalkeepers with her series of performances at the WWC. Solo claimed the competition’s Golden Glove award for top goalkeeper while earning five shutouts in the USWNT’s seven World Cup games.

Finally, Ellis is credited with leading the USWNT to the team’s third Women’s World Cup trophy and first since 1999. Appointed in 2014, Ellis’ USWNT navigated a difficult group and knockout stage run before dismantling Japan, 5-2, in the tournament’s finale.

Check out a full list of the nominees for each award below:

FIFA WORLD COACH OF THE YEAR FOR WOMEN’S FOOTBALL

What do you think of the nominees Any snubs? Who do you see claiming the awards?