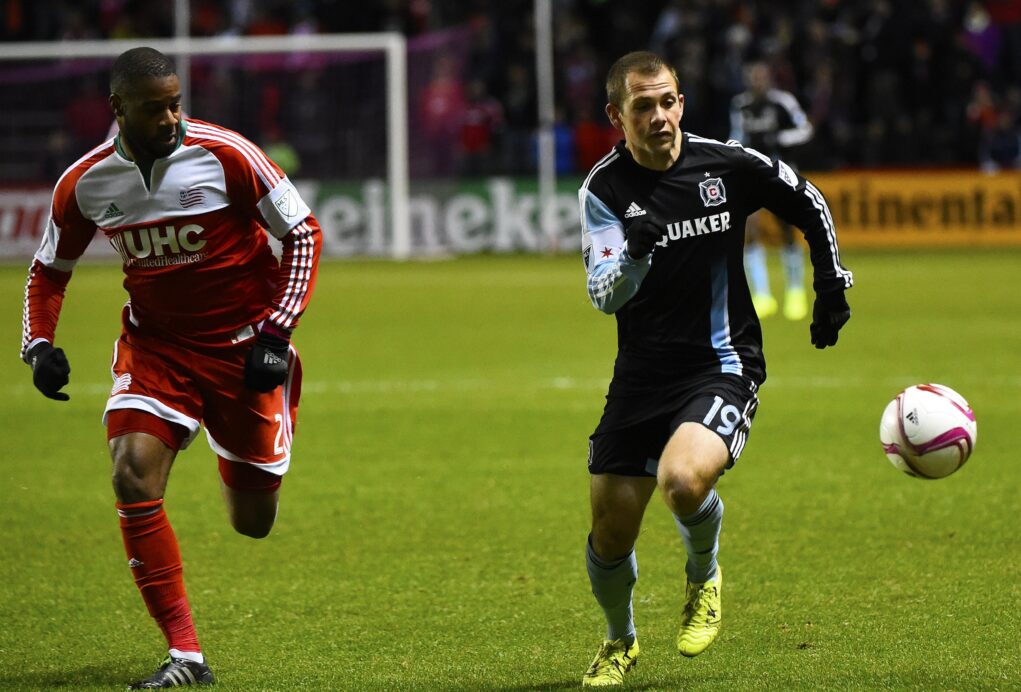 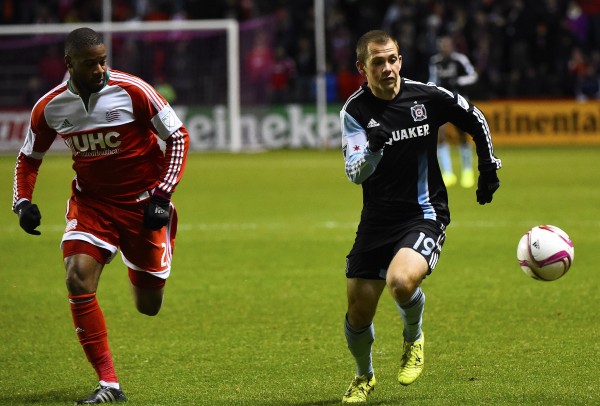 On a night when the New England Revolution needed a win to keep pace with Eastern Conference contenders, the Chicago Fire bested the visitors.

With three second-half strikes, the Fire found a 3-1 win against the Revolution on windy evening at Toyota Park in Bridgeview, Illinois.

Chicago may already be eliminated from the MLS Cup Playoffs, but despite going down on an early Juan Agudelo header, David Accam’s 10th goal of the season, Harrison Shipp’s third and Gilberto’s fourth carried Chicago to its eighth win of the year.

Two saves, coming in the 66th minute and 67th minute, also crucially helped the Fire hold on to the victory.

The Revolution started an early barrage in just the second minute, as Jermaine Jones and Kelyn Rowe both gave goalkeeper John Busch something to worry about.

David Accam came close to breaking through in the 21st minute, though, but his right-footed effort from just inside the box on the left was parried wide by goalkeeper Bobby Shuttleworth.

The Revolution netminder came up big again in the 29th minute, forcing a close-range Gilberto effort wide from close range. The Brazilian almost scored twice within the following two minutes, hitting the post once and putting a shot just wide on another attempt.

Agudelo surprisingly shifted the momentum in the direction of New England, however, as he headed in a Chris Tierney cross from the left wing for the first goal of the game.

Six minutes into the second half, Accam equalized for the Fire, slotting a low effort past the Revolution goalkeeper. At the tail-end of the 59th minute, Shipp pounced on an Andrew Farrell error to give the home side the 2-1 lead. Lovel Palmer was credited with an assist.

Busch then made two important saves just after an hour of play, stopping an Agudelo effort at the doorstep on one attempt. Gilberto almost doubled the lead in the 69th minute, smashing a shot that careened off of the right post and back into play.

The Brazilian finally found his goal in the 86th minute, using a bit of acrobatics to send a shot past Shuttleworth as time winded down.

The Fire will be back in action on Oct. 18, traveling to play D.C. United. A day earlier, the Revolution will play at home against the Montreal Impact.