USWNT rolls past Brazil in Orlando 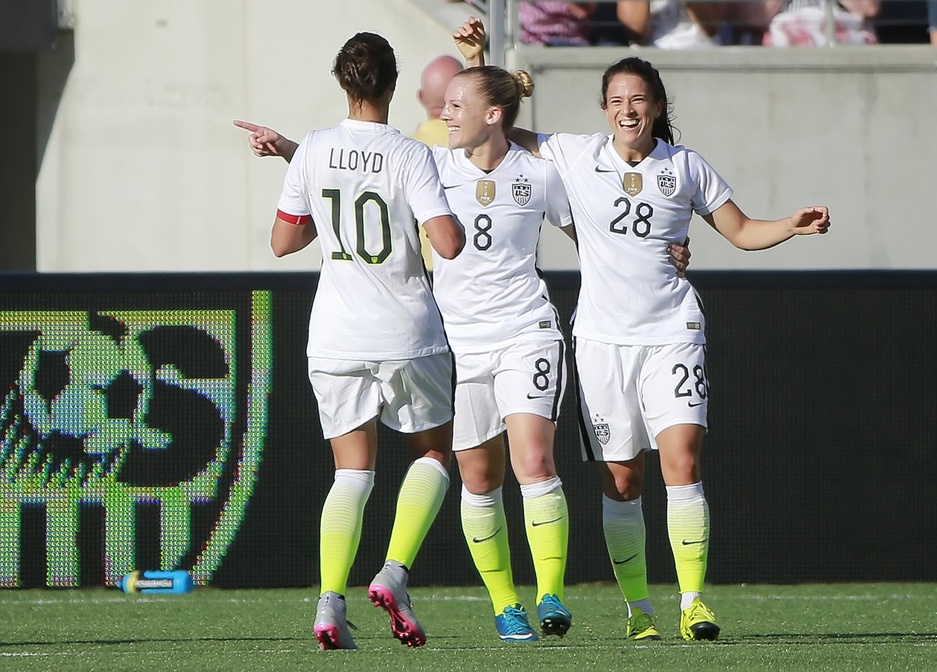 ORLANDO, Fla. — The United States Women’s National Team came to Orlando as part of its Victory Tour, and a victory is what the World Cup champions got.

Alex Morgan scored the opener and Crystal Dunn scored the winner as the USWNT toppled Brazil in a 3-1 friendly on Sunday in front of 32,869 at the Citrus Bowl.

Tobin Heath orchestrated the opening goal, finding Morgan on a through-ball in the ninth minute. The USWNT forward proceeded to round Brazil goalkeeper Luciana and slot the ball toward the empty net. Brazil would find the the equalizer before halftime, but Crystal Dunn’s strike from close-range moments later gave the Americans the lead and eventual winner

Stephanie McCaffrey added an insurance goal in stoppage time when Megan Rapinoe found the forward to strike the ball from close range.

“It’s never going to be clean and perfect at this point,” United States head coach Jill Ellis said of the win. “I was really pleased … it’s really helpful to shift the focus to preparing for our camp in January. We had a good start to get on the board first. Individually they were breaking us down and got us disorganized, which Brazil would do to you. We talked at halftime to getting our lines a little tighter and making it into a transition game in the second half.”

Brazil put themselves in a position to score in the opening minutes when Marta’s strike from distance rifled off the cross bar. With the U.S. already on the scoresheet, Andressinha almost found the equalizer for Brazil when her cross hit off the post in the 27th minute.

The World Cup champions last played in Orlando during 2013 in front of 20,274. The USWNT defeated Brazil 4-1 at the Citrus Bowl then, with Sydney Leroux tallying twice that game.

Lori Chalupny, who was playing in her final game for the USWNT, bid farewell to her teammates after being substituted out in the 20th minute for Meghan Klingenberg.

Brazil outshot the U.S. 13-8 with four of those shots on goal. Hope Solo added two saves throughout the game.

“Brazil is an attacking style team,” said U.S. goalkeeper Hope Solo. “Germany is collectively a better team all across the board, but it’s a give-and-take because Brazil throws all the numbers forward and then they’re not as strong defensively. We tend to get better result versus Brazil than with Germany, but nevertheless it’s an onslaught of shots when we do play Brazil because they send numbers forward.”

The USWNT’s Victory Tour rolls on when they take on Trinidad & Tobago on Dec. 6 in Honolulu, Hawaii.