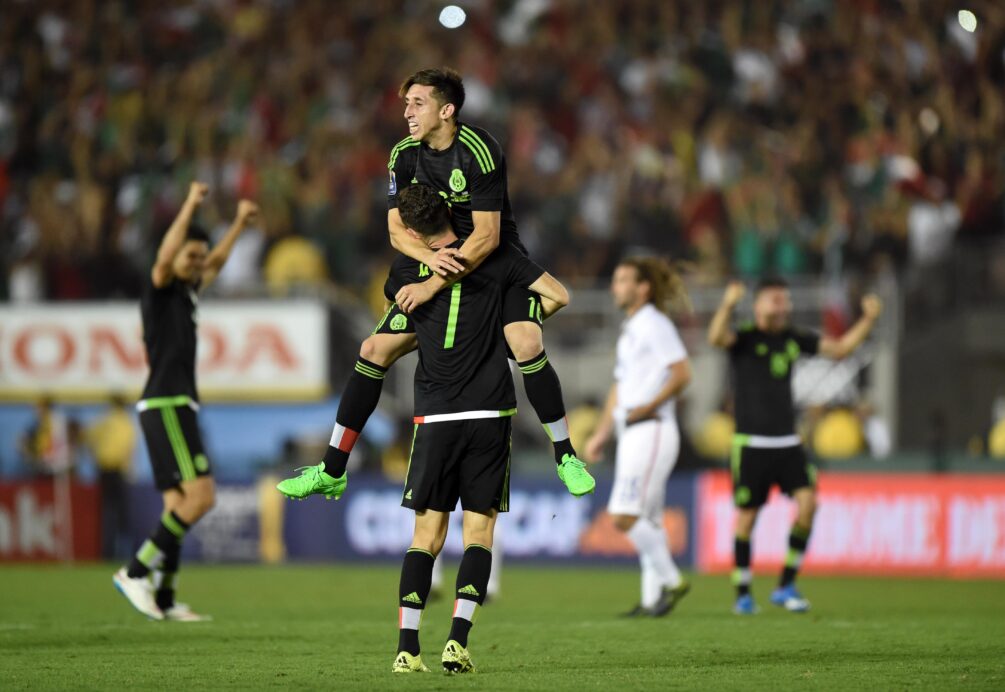 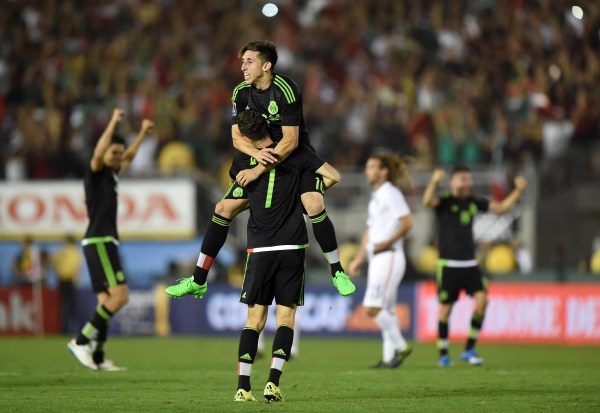 Aguilar scored in the 119th minute to lift Mexico to a 3-2 victory over the U.S. in a game played before a sold-out crowd of 93,723 at the Rose Bowl. The Americans had equalized twice in the match, including in extra time through Bobby Wood, but did not have enough time to find a response to Aguilar’s superb strike.

“Tactically, the way they played, gave us a little bit of trouble over the course of the game, they were able to pin us back,” said midfielder Michael Bradley after the match. “But in the end, over the course of 118 minutes, it was 2-2, and all that stuff goes out the window. In the end, they scored an amazing goal, and we didn’t.”

With the victory, Mexico booked a spot in the 2017 Confederations Cup, to be held in Russia as a precursor to the next World Cup.

The U.S. misses out on the tournament for the second consecutive four-year cycle. Head coach Jurgen Klinsmann also now has his first loss to El Tri as either a player or coach, and drops to 5-1-5 against them.

“I think we showed a lot of character,” said Klinsmann. “We gave tremendous effort. They left everything out on the field, and when you’re on the losing side, that hurts. That’s normal. It takes a couple of days to swallow a pill like that.”

Oribe Peralta, playing perhaps his finest match for El Tri, initially appeared to land the knockout blow when he finished a cross from Aguilar to give the Mexicans a 2-1 lead seven minutes into extra time.

But unlikely hero Bobby Wood, who subbed on for Jozy Altidore immediately after Peralta’s go-ahead goal, appeared to rescue the U.S.’s chances of at least sending the match to a penalty kick shootout.

Wood brought the Americans back on level terms in the 108th minute when he streaked onto a well-weighted DeAndre Yedlin through ball, beat Mexican goalkeeper Moises Munoz in a footrace, and drove the ball underneath the sprawling netminder for his third goal for the U.S.

Mexico, which had the lion’s share of possession and supporters at the Rose Bowl, also drew first blood in the match with an exceptional display of combination play.

Aguilar started the play with a sharp through ball, but it was Mexican talisman Peralta who unlocked the American defense, first by dummying the pass and then by spinning to make a darting run toward the U.S.’s near post.

Raul Jimenez, with his back to goal, back heeled the entry pass to the now wide open Peralta, whose run forced U.S. goalkeeper Brad Guzan off his line and opened up Javier ‘Chicharito’ Hernandez for the tap-in finish.

The goal, Hernandez’s first vs. the U.S., brought a thunderous response from the Mexico faithful. It did not take long for the Americans to have their turn to celebrate, however.

In the 15th minute, Michael Bradley whipped in a flawless free kick, and when Peralta abandoned his mark, Geoff Cameron had a relatively easy header to tie the game.

The match was a chippy affair throughout. Only five cautions were issued on the night, but Salvadoran referee Joel Aguilar nevertheless had his hands full managing two sides who were both on edge.

Tempers soared in the 35th minute when Peralta charged in on the U.S. goal and slammed into Guzan as he lay prone on the ground clutching the ball. Guzan lashed out at Peralta, and within seconds a 22-man scrum erupted.

The second half saw El Tri continue to boss possession, but the Mexicans could not find a winner before regulation ended.

“We knew they were coming again” said Klinsmann when asked about the relentless pressure the U.S. faced in the second half. “What we didn’t do well in the second half was simply to keep the ball. We ran all out, we won a lot of balls, and then we couldn’t combine. We couldn’t calm the game down enough.”

Mexico had a great opportunity to score in the 59th minute when Jimenez got around the corner and fired a lovely low cross that once again beat a diving Guzan. Chicharito muffed the finish, however.

For the U.S., the defeat came on the same day that its Under-23 national team missed a chance to directly qualify for the 2016 Olympics with a 2-0 loss to Honduras.

What did you think of the USMNT’s 3-2 loss in extra time to Mexico? How disappointing a loss is this? Are you concerned about the direction that Klinsmann has the team going in?