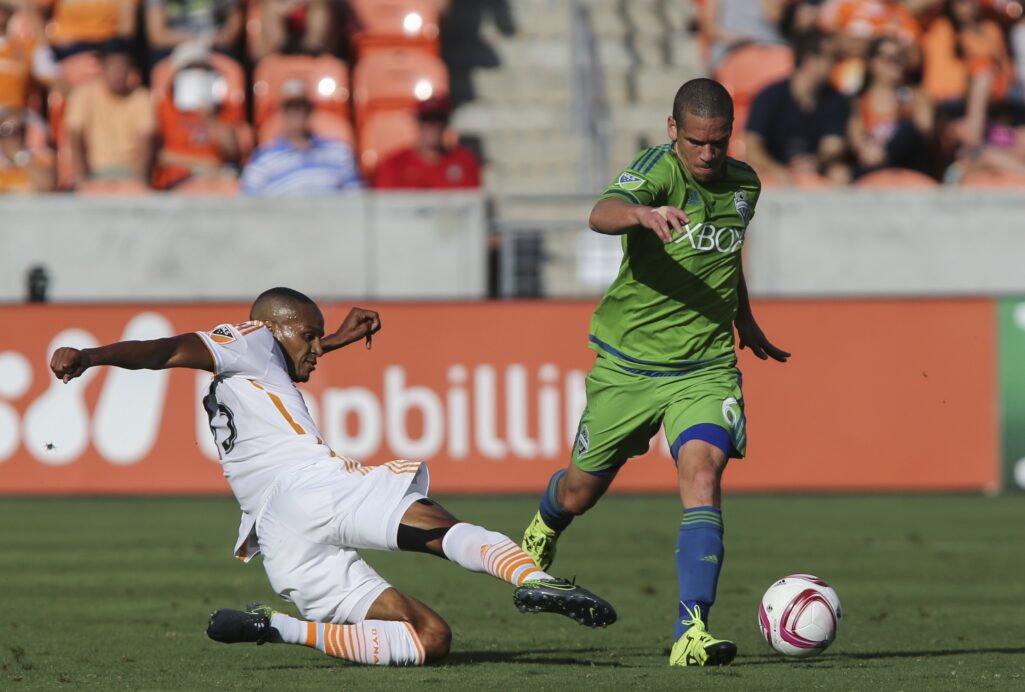 The Houston Dynamo’s slim hopes of qualifying for the MLS Cup Playoffs were dashed by the Seattle Sounders Sunday.

While the home side scored the game’s first goal, thanks to a Ricardo Clark blast from outside of the penalty area, the Sounders ended the Dynamo’s season due to an Obafemi Martins header on the goal line.

With the 1-1 tie, Seattle moves into fifth in the Western Conference while currently tied on points, 48, with Sporting KC. The Vancouver Whitecaps and Portland Timbers sit just two points ahead of their Cascadia rivals.

In the 17th minute, Obafemi Martins came close to breaking the deadlock. Brad Evans made a surging run into the middle of the attacking third from his own half of the field. However, after receiving a beautiful through ball from the U.S. international, Martins was unable to put his shot on frame, and the ball rolled just wide of the left post.

In the second half, Seattle again looked on the verge of scoring when Clint Dempsey had a 1-on-1 opportunity with Tyler Deric, but the Dynamo netminder made a huge save to keep his team’s playoff hopes alive.

Clark would send BBVA Compass Stadium into a frenzy in the 65th minute, as Brad Davis set the midfielder up at the top of the penalty area, and he subsequently sent a right-footed blast to the bottom-left corner of the net. Goalkeeper Stefan Frei was caught leaning the wrong way, and Clark made him and the Sounders pay.

In the 82nd minute, the visitors finally found their road goal. Martins headed in a Andreas Ivanschitz corner kick at the goal line after it took a bounce near the front post, and the Dynamo could not force the win from then on.

The Sounders will end their regular season against Real Salt Lake next Sunday, while the Dynamo face off with the Vancouver Whitecaps the same day.