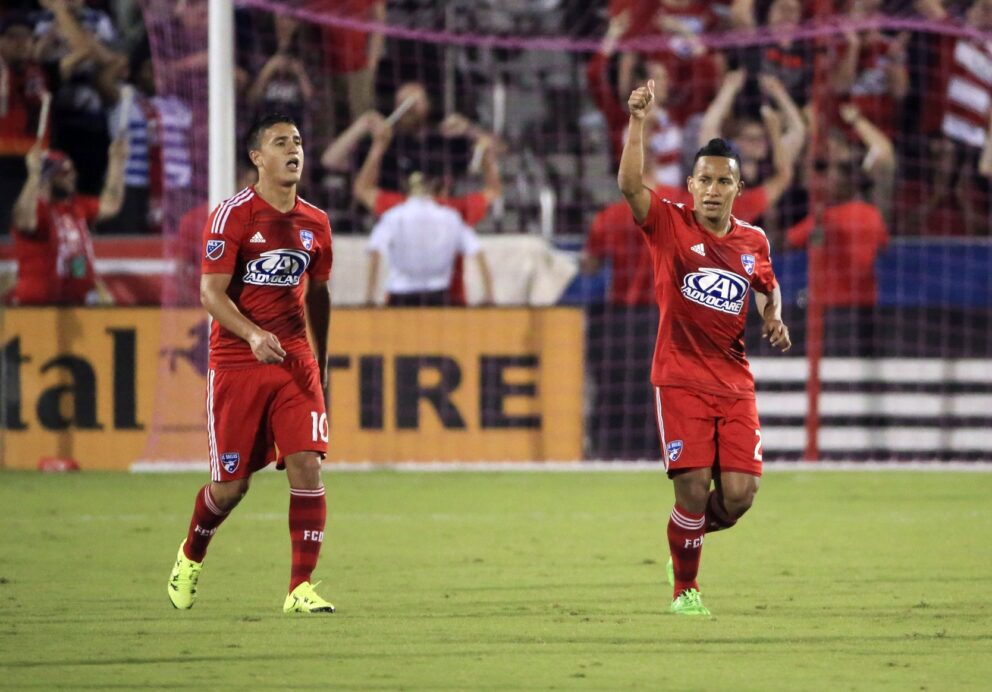 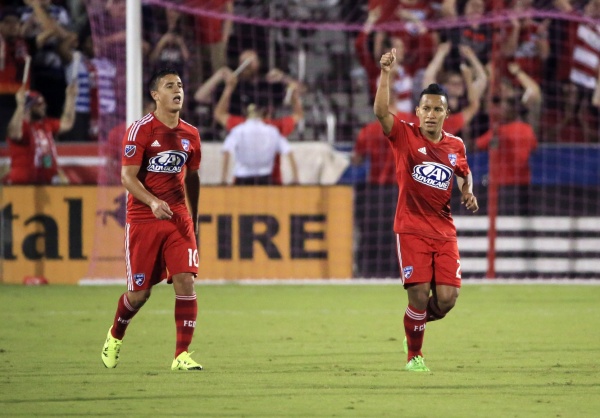 With just two games remaining in the regular season, FC Dallas has a chance of claiming a major piece of silverware.

FC Dallas defeated the Vancouver Whitecaps, 2-0, on Wednesday at Toyota Stadium to move level with the New York Red Bulls atop the Supporters’ Shield standings.

The remaining schedule for FC Dallas will see the club take on Real Salt Lake and the San Jose Earthquakes, while the Red Bulls have clashes with the Philadelphia Union and Chicago Fire to close out the season.

Wednesday’s FC Dallas victory, which came just one week after a scoreless draw between the same two sides, was led by goals from Michael Barrios and Mauro Diaz on either side of halftime.

Barrios’ finish came in the 32nd minute, giving FC Dallas the 1-0 lead that they would never relinquish.

Maintaining possession, FC Dallas finally made a move towards goal as Diaz drove into the box before slipping a pass out wide to Ryan Hollingshead. The midfielder immediately gave it back to Diaz, who pushed a pass to Barrios at the far post for a first-time finish.

Diaz provided a goal of his own in the 57th minute to ice the game and seal all three points for FC Dallas.

After a mistouch from Jordan Havey, Diaz darted in and broke in on goal. Dribbling around defends to get a look, Diaz’s rocketed shot slipped through the hands of David Ousted and into the near post for the 2-0 advantage.

The win could have easily been 3-0 if not for the heroics of Ousted, who parried away a 42nd minute Diaz penalty kick to keep the Whitecaps hopes alive.

Unfortunately for the Caps, their hopes for the Supporters’ Shield are finished, as the club sits four points out with just one game to play: a meeting with the Houston Dynamo on October 25.

FC Dallas’ fight remains active, though, as the team takes the field again Saturday with a visit to Real Salt Lake.