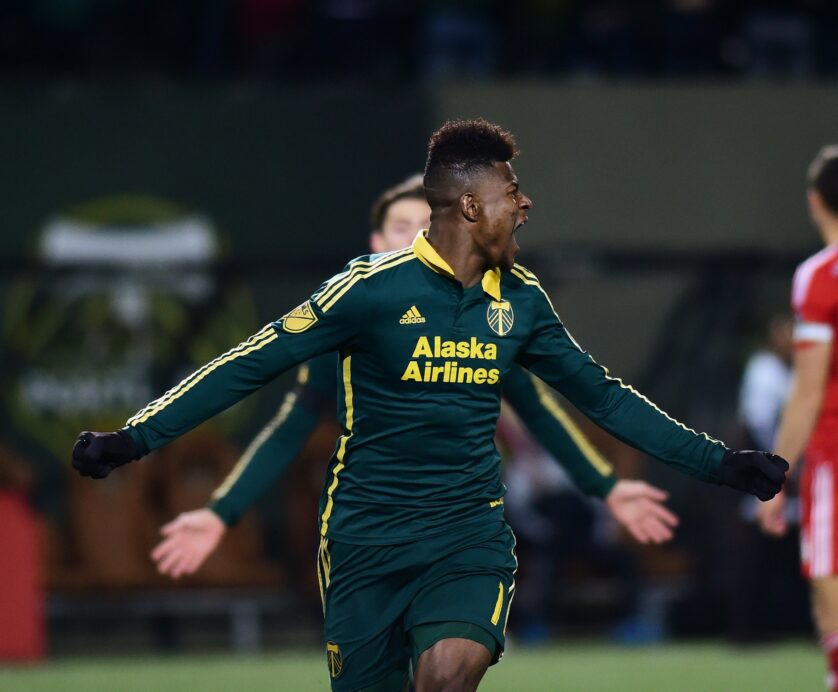 There were many positives for head coach Caleb Porter and the Portland Timbers to take away from Sunday’s crucial win against FC Dallas.

The two-goal advantage puts them in a great position to advance to the MLS Cup Final for the first time in club history. The back line, for the most part, held an explosive FC Dallas side in check. Without two of its key attacking members in Diego Valeri and Rodney Wallace, the Timbers looked cool and confident going forward.

However, one of the main takeaways from Sunday’s 3-1 Western Conference Finals win against the visiting No. 1 seed was the phenomenal play from those players forced to step up — specifically the performance from Dairon Asprilla.

“Confidence is what this sport is all about. (Confidence) is 90 percent of soccer and you can just see Dairon growing in confidence with every ball and his runs,” centerback Nat Borchers said following the game. “He’s getting smarter every game. He was coming inside a lot and making (Ryan) Hollingshead decide, ‘Do I go with him? Do I stay?’ Alvas (Powell) is overlapping and they made things difficult for sure. What a goal from Dairon. I’m happy for him.”

Asprilla’s spectacular goal was one of the main talking points following the match at Providence Park.

After receiving the ball from a poor clearance by FC Dallas centerback Zach Loyd, the 23-year-old Colombian took a touch into space outside the right corner of the penalty area. Asprilla blasted a wicked shot towards goalkeeper Jesse Gonzalez, who had been performing admirably in goal up until that point, but the young netminder could do nothing about this effort. The ball sailed from right to left and eventually hit the underside of the crossbar before fizzing into the back of the net.

“I’ve got to watch it again to be honest with you,” Porter said of the wonder goal. “It was a great goal, obviously. He hit it well. He’s capable of that. He can hit a heavy ball. Sometimes it’s not always the most accurate or precise, but I’ve seen him in training get ahold of that type of shot before, so, fortunately, it came at a good time.”

For Asprilla, the laser strike was only his second goal of the season — a season that has not played out quite as he expected.

“There were moments where I felt a little sad and shy because I didn’t have the opportunities to break into the lineup, but I’m finally getting the confidence from the coaching staff and I’m happy breaking into it,” Asprilla said after the game. “I took the opportunity with the goal today and the performance.”

Asprilla, who joined MLS in December when he moved to the Timbers from Colombian Primera Division side Alianza Petrolera, has made 30 appearances this campaign but has only started in 12 of those games. In spite of that fact, Asprilla made the most of his opportunity on Sunday.

His second start of the 2015 MLS Playoffs turned out to be his best all-around performance of the year. Before scoring his own goal, he helped the Timbers take the early 1-0 lead with his second assist of the playoffs. Asprilla flicked a Darlington Nagbe corner kick down in front of goal where centerback Liam Ridgewell stood to hammer home the first goal of the game.

Thanks to the superb play from Asprilla on Sunday, the Timbers now take a 3-1 aggregate lead into Frisco, Texas. The second leg will surely test the West Coast side, as FC Dallas has a remarkable home record this season. The Texas side may also have arguably the best Colombian player in MLS in Fabian Castillo, but on Sunday, that was not the case. On Sunday, the game was decided by a different Colombian attacker.

“(Asprilla)’s settling in. He’s figuring it out. The more a player settles in the more he figures it out,” Porter said.