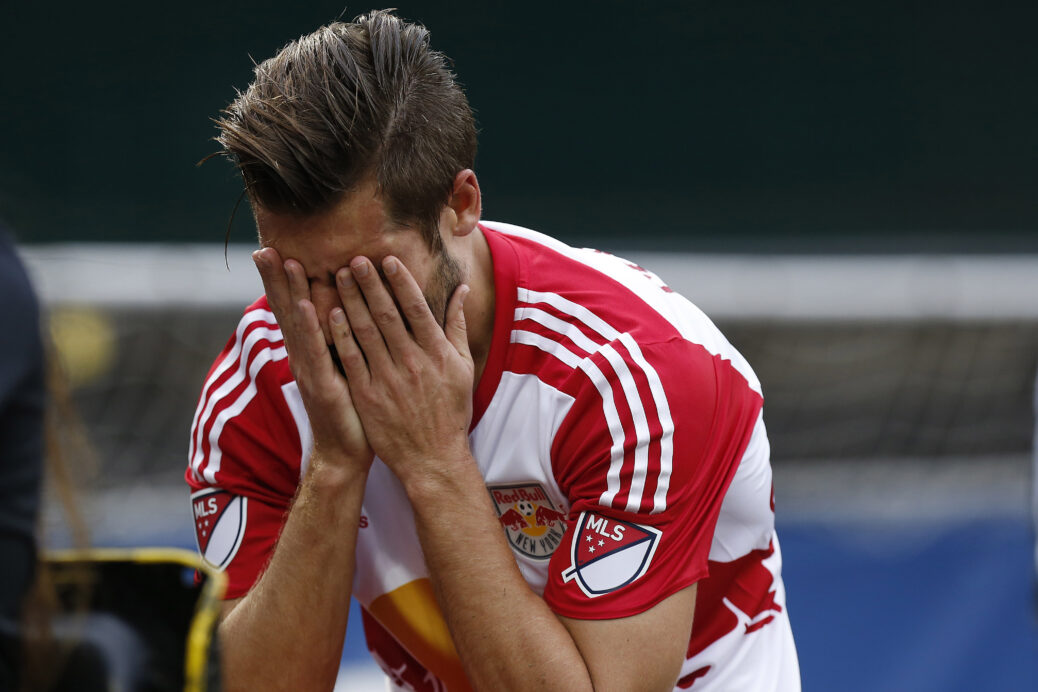 New York Red Bulls fans feared the worst when they saw Damien Perrinelle land awkwardly on his leg, writhe in pain for a few minutes, and get taken off the field on a stretcher.

Well, the injury is as costly as could have been imagined.

The Red Bulls announced on Tuesday that Perrinelle will miss the remainder of the MLS Playoffs with the left knee injury he sustained in Sunday’s match vs. D.C. United. The exact diagnosis of the injury was not revealed, but Jesse Marsch’s side will have to continue its run throughout the postseason without one of its starting centerbacks.

Perrinelle, 32, suffered the injury early in the second half of the Red Bulls’ 1-0 road win over D.C. United in the first leg of the Eastern Conference semifinals. The French defender went up to challenge for an aerial ball, but his knee buckled upon landing on the field. Perrinelle was tended to for a while, replaced by Ronald Zubar in the 51st minute, and seen after the match on crutches and with his knee wrapped up.

A starter in 27 regular-season games this year, Perrinelle had been a key ingredient in helping the club win the Supporters’ Shield. He is likely to be replaced in the lineup for the rest of the playoffs by Zubar, who, like fellow centerback Matt Miazga, is one yellow card away from suspension.

The Red Bulls will look to advance to the Eastern Conference finals on Sunday at Red Bull Arena when they attempt to close out the semifinals series against D.C. United.

What do you think of Perrinelle being ruled out for the rest of the playoffs for the Red Bulls? How do you see Zubar faring in his place? Should Marsch consider using Karl Ouimette instead?