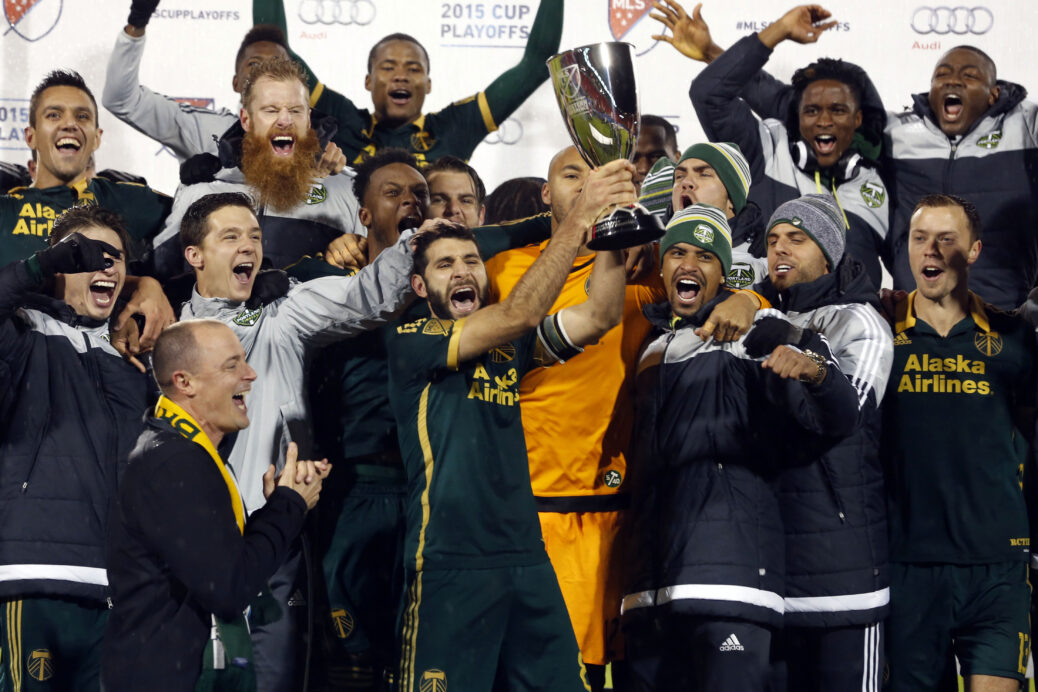 For the first time in their brief MLS history, the Portland Timbers will play in the MLS Cup.

Following their 3-1 home win at Providence Park in the Western Conference Finals first leg, the Timbers scored twice and thwarted an FC Dallas comeback en route to a 2-2 tie at Toyota Stadium in Frisco, Texas.

FC Dallas had more possession and shots in the first half, but the Timbers were the first to find a breakthrough in the second half. Fanendo Adi scored the game’s first goal, but FC Dallas did not shy away. The home side scored twice, but eventually the Timbers held on and even scored a late goal to earn their first trip to the MLS Cup with a 5-3 aggregate win.

The game had plenty of intensity, and that was evident from the start.

In the 14th minute, Dairon Asprilla made a run towards goal and chested a long ball in the box. FC Dallas goalkeeper Jesse Gonzalez came out quickly and made a key save to prevent the visitors from taking the 1-0 lead.

However, the half’s best save was made by Adam Kwarasey, who prevented David Texeira’s point-blank header in the 32nd minute.

The crucial away goal came 14 minutes into the second half. Asprilla, who had an incredible first leg with a goal and an assist, started the play from the right wing. He slipped a pass into Valeri, who was running into the box from the right. The Argentine sent a low cross into the center of the area where Adi stood, and he blasted in the chance with ease.

FC Dallas attempted to mount a comeback, and managed to score twice in quick succession to make things interesting.

Ryan Hollingshead scored the home side’s first goal after Mauro Diaz sent a beautiful ball to him in the 68th minute. Substitute Blas Perez tallied the second dor FC Dallas five minutes later, as he headed in a Diaz cross from a free kick.

The game-tying goal from FC Dallas seemed inevitable, especially when Perez found the ball at his feet in the penalty box during the 92nd minute. A diving Nate Borchers stopped the Panamanian’s effort, though.

Moments later, Lucas Melano, who just came on for the Timbers, combined with Valeri before beating Matt Hedges and Jesse Gonzalez for the game’s final goal.