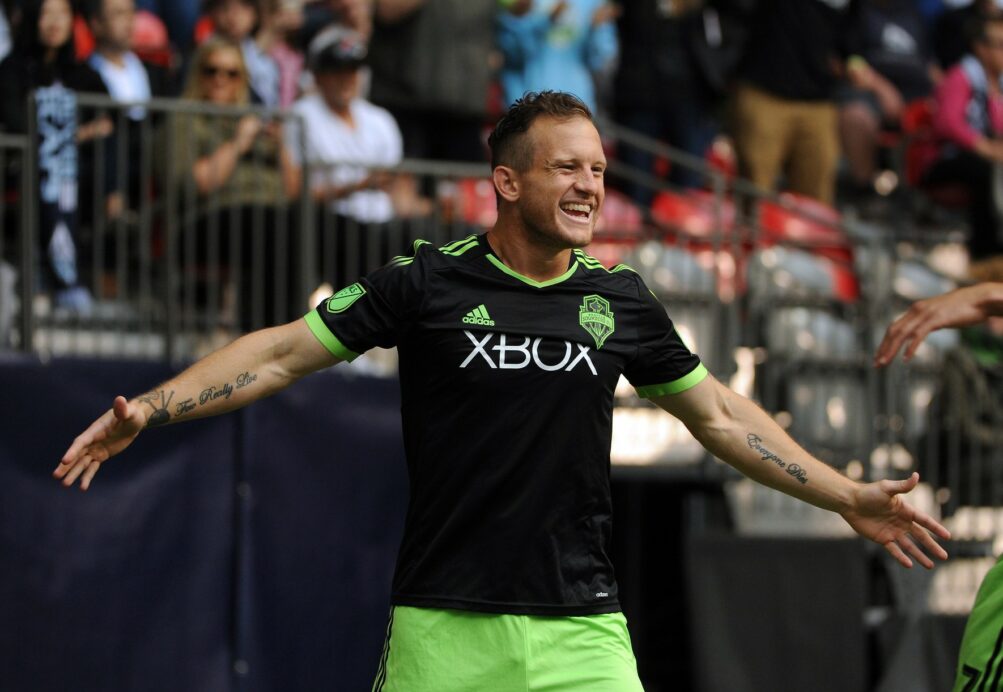 The San Jose Earthquakes remained quiet early this offseason, but have added a proven forward before the start of the new year.

Late on Monday, the Earthquakes announced the signing of Chad Barrett, who made the move via the new free agency market in MLS. He joins the likes of Justin Mapp (Sporting Kansas City) and Drew Moor (Toronto FC) to sign with new clubs as free agents this winter.

“I’m very happy to be continuing my career with San Jose,” Barrett said in a club-released statement. “I’m excited to join (head coach) Dominic Kinnear and (general manager) John Doyle and the great group of guys they have over there and am looking forward to helping the team any way I can.”

While Barrett didn’t start regularly for the Seattle Sounders in 2015, he performed well up front when called upon. He finished with five goals in 18 appearances.

What do you think of Barrett signing with the Earthquakes? How will he fare with the club next season? Are there any other free agent targets the Earthquakes should pursue?