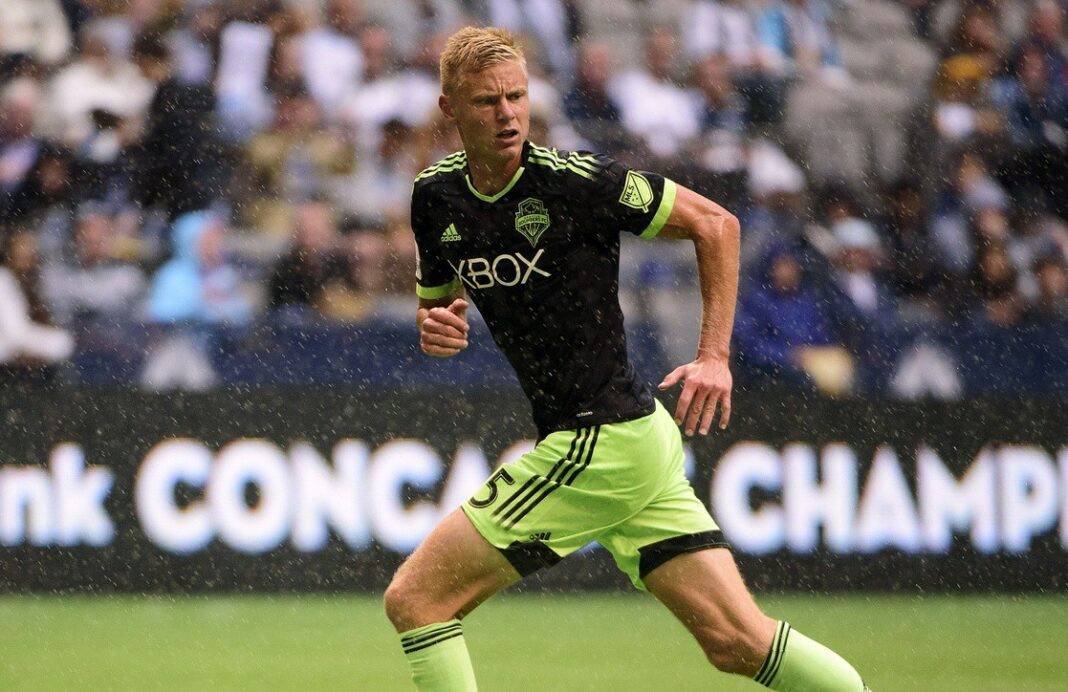 After impressing on a recent trial, midfielder Andy Rose will sign with English Championship side Coventry City once his current contract with the Seattle Sounders expires in January.

Rose’s move will be made official after receiving international clearance.

The 25-year old has made more than 80 appearances with Seattle since linking up with the side in 2012. In that time, Rose notched five goals while serving as a key force in the center of the park for the Sounders.

Coventry manager Tony Mowbray said of the new signing, “We had Andy over for a trial and during that time, he impressed me with his athleticism and the attributes he brings to the position.

“Andy will have to learn the way we play and he showed good progress during his trial period so I’m looking forward to working with him further.”

There’s certainly been one team dominating the headlines in this young MLS offseason, that club has been the New York Red Bulls.

After already signing Homegrown sensations Derrick Etienne, Brandon Allen and Alex Muyl earlier in the week, the Harrison-based side announced the addition of three more academy players on Wednesday.

Mael Corboz, Chris Thorsheim and Scott Thomsen were all added by the Red Bulls today, bringing the club’s Homegrown player total to 11, five more than any other team in MLS.

Sporting director Ali Curtis discussed the moves, saying, “We are very excited to be able to add Mael, Scott and Chris.”

“Today is a special moment for these young men as well as for the club. Each player’s development is a testament to their hard work, commitment of their families, the coaching they have received during their careers and the quality of our youth development system.”

Corboz was a First Team All-Big Ten selection in his junior and senior seasons with Maryland, following his transfer from Rutgers. Thorsheim starred for Bucknell all four years, totaling 80 matches played and 20 goals. Thomsen was a teammate of Etienne’s at Virginia, appearing in 66 career games as both a defender and midfielder.

The Red Bulls weren’t the only team making moves on Wednesday, with the Houston Dynamo securing a deal with Homegrown talent Bradley Bourgeois.

The 21-year-old defender joined Houston’s youth ranks in 2009 as a member of the Under-16 side before starring at Tulsa University. In his time with the Golden Hurricane, Bourgeois earned Conference USA All-Freshman Team honors in addition to being named Tulsa’s Defensive Player of the Year for three straight seasons.

“We are pleased to announce the addition of Bradley,” Dynamo vice president and general manager Matt Jordan said. “His development with our Academy has been a critical part of his success throughout his collegiate career. He’s a very hard working individual that is eager to improve and grow in our environment.”

Bourgeois is the eighth player in club history to sign a professional contract with the Dynamo first-team.

The move comes on the heels of assistant coach Ian Fuller being dismissed from his role with the Lions last week. Kerr will replace former goalkeeping coach Marcos Machado, who transitioned into a role with NWSL side Orlando Pride.