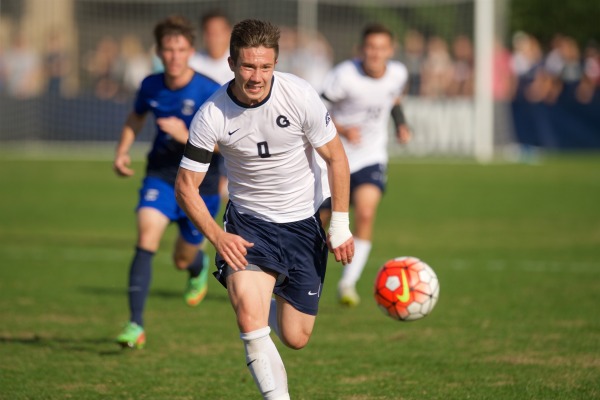 The New York Red Bulls continue to build on a strong 2015 season by adding more Homegrown Players from their academy.

Just after announcing the signings of Derrick Etienne and Brandon Allen early on Monday, the Red Bulls announced Tuesday the signing of Alex Muyl. The Georgetown University forward becomes the 13th Homegrown Player ever for the franchise.

The Red Bulls now boast eight Homegrown Players on their roster, which leads the league.

Muyl recorded six goals and was the team’s leading assist man in 2015 with 10 at Georgetown. He also scored the game-winning golden goal during the Big East championship.

Here are some more news and notes from around the league this Tuesday:

While the Seattle Sounders are chasing the signature of one star academy player in Jordan Morris, the club announced the signings of two others late on Monday.

The Sounders revealed that they had signed Andy Craven and Tyler Miller to contracts for the upcoming MLS season. Craven, a forward, and Miller, a goalkeeper, were both selected by the Sounders in last year’s MLS Draft. Craven spent time with both the Sounders and their USL affiliate in 2015 before a knee injury put an early end to his season.

Miller, a Northwestern product, elected to sign with German fourth-tier side SVN Zweirbrucken instead of joining MLS with the Sounders. He returned to the U.S., though, signing with Sounders 2 in the summer before a thumb injury took him out for the season.

These young additions will have a chance to impress Sounders head coach Sigi Schmid during preseason action in Tucson, Arizona, as the club will face off against Cascadia rivals, the Portland Timbers and Vancouver Whitecaps.

Ryan Richter is once again a part of the Philadelphia Union organization.

“We are very happy to have Ryan back in the Union family,” Steel FC head coach Brendan Burke said in a release. “We know that he had serious interest from a number of other clubs around USL and NASL, so this proved to be a key signing for us. He is a local guy and this move made a lot of sense for everyone involved.”

Richter, 26, was drafted by the Union in the 2011 MLS Supplement Draft. He rarely featured for the Union, and signed for Toronto FC in 2013. He played 13 games for the Reds before moving to the Fury.

Think Muyl will see time with the Red Bulls this season? How will Craven and Miller fare with the Sounders?