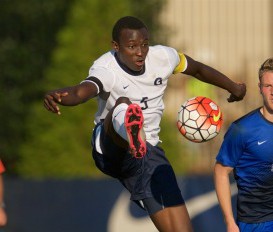 The 2016 MLS Draft is exactly a month away, making today a good day to drop the first SBI MLS Draft Big Board.

It is still early in the process of determining just which players will be in the draft, but it’s a good time to start thinking about the talent that will be available in the upcoming draft.

The 2016 draft should be a stronger draft than the 2015 edition, particularly in terms of depth. There should be more players who go on to play significant minutes as rookies in 2016 than last year, when we only saw a handful really make a mark.

Teams looking for defensive help will be happy with the options available. Central defense is once again an area where there is talent to be chosen, but perhaps more importantly this draft will boast what is arguably the best collection of fullbacks in recent memory.

The Generation adidas draft class remains a mystery at this point, with a deep crop of foreign-born prospects giving MLS some tough decisions to make. While the league had previously looked at trying to reduce the size of the GA class, this year’s group could have as many as seven or eight players in it. For now, the Big Board includes eight projected GA signings, with Virginia’s Jake Rozansky being a player who could find his way into the Big Board very soon.

This year’s draft has an added element of Homegrown Player influence, with several MLS academy products winding up in the draft due to teams choosing to pass on signing them, or because of players having cut ties with the teams they began their formative years with.

The SBI MLS Draft Big Board is a ranking of players based on how they are being rated by MLS scouts. It is based on discussions with insiders from across the league and the college game. I do include some of my own player preference in the formula as well, but overall the rankings should offer up a reasonable take on where plays stand in the eyes of MLS scouts at the moment.

Now, without further ado, here is a look at the first SBI 2016 MLS Draft Big Board:

Boasting first-class speed and athleticism, Yaro projects as a right back, but could also play centerback despite being 5-foot-11. Some teams are absolutely in love with his qualities, though some question whether he’s technical enough to offer a real attacking threat getting forward as a fullback. Could be similar to former MLS No. 1 overall pick Marvell Wynne. The top Generation adidas target, the Ghanaian-born Yaro has yet to sign a deal with MLS.

One of the most explosive forwards in the college game, Danladi’s combination of speed and skill make him a terror for opposing defenses. Consistency was an issue for the Ghanaian-born forward in 2015, though scouts still rate him highly. Could move to Europe and has yet to sign a Generation adidas contract with MLS.

No player in the country boosted their stock more in 2015 than Laryea, who emerged as the best playmaker in the country to help Akron make an impressive run to the College Cup semifinals. The Canadian midfielder is a deft passer, serious quickness and the physical attributes to contribute early on in his pro career despite having just finished his sophomore season. Has yet to sign a Generation adidas deal.

The English midfielder and Manchester United academy product made it look easy in his first college season, spearheading Wake Forest’s attack and dominating a tough ACC with his box-to-box presence and diverse attacking qualities. Might still need some time to develop, but has all the characteristics to eventually be an impact player. Has yet to sign a Generation adidas contract. 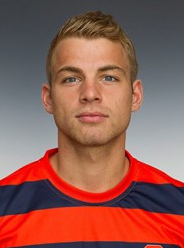 The German-born midfielder was the driving force behind Syracuse’s dream run to the College Cup semifinals. Forced into more of an attacking role this season, Buescher can slot in as a box-to-box presence and has the maturity to play as a rookie. May not be considered to have as much upside as some younger prospects on the board, but is regarded as one of the most pro-ready prospects around. Has yet to sign a Generation adidas contract.

The top senior, and American, on the board, Campbell is a left-footed central defender with the size and ball skills to be a year-one starter in MLS. Should be one of the first seniors to sign a senior deal with MLS.

In a league hungry for good fullbacks, Vincent will be highly coveted. A left back with quickness and the ability to provide good service, Vincent is also a tough defender, making him a sure-fire Top 10 pick.

The German-born defender has played a variety of positions for Louisville, but right back should be where he settles in at the next level. The big question is whether he will be offered a Generation adidas contract. There are other players rated more highly on the Generation adidas radar, but some MLS teams absolutely love Kubel, which should help him receive a GA offer. 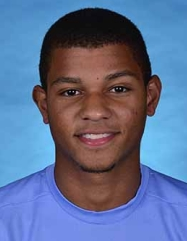 The speedy Jamaican has been a fixture on the SBI MLS Draft Big Board in each of the past three years, but this could be the year he finally leaves school. Holness has polished up his game since coming onto the scene as a raw specimen with incredible pace. Holness has already made his international debut for Jamaica, and scouts have been wanting him in the draft since his freshman season, so a Generation adidas offer should be on the way.

In a draft light on forwards, Herbers should yield a Generation adidas offer as one of the better strikers available. The German-born forward was key to Creighton’s success in 2015, notching an impressive 15 goals and 17 assists. Has all the attributes to be productive on the pro level, and could wind up higher on the Big Board as we draw closer to the draft.

A no-nonsense central defender who reads the game and brings a toughness to the game, Fisher has impressed pro scouts during Clemson’s outstanding season. He couldn’t do much to stop Jordan Morris in the NCAA final, but that shouldn’t deter scouts from making him one of the first seniors off the board at the draft.

A big forward who enjoyed one of the more productive college careers of any forward in recent memory, Allen will be a first-rounder if he is actually available. He is still in discussions with the New York Red Bulls over a Homegrown Player contract, but has been invited to the MLS Combine and could be available in the draft if he is unable to reach an agreement with the Red Bulls. At the moment, we’re told Allen is a good bet to sign a Homegrown Player deal, assuming his HG tag with the Red Bulls is upheld by MLS.

Long thought to be a Philadelphia Union Homegrown player, Rosenberry’s HG tag was rejected by MLS, which is good news for teams searching for a right back in the draft. Rosenberry is dangerous getting forward, and solid defensively. The Union could be tempted to grab him with one of their multiple picks in the Top 25. 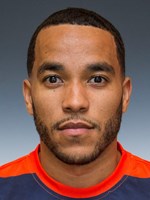 A quick and powerful forward who reminds some scouts of Sporting KC’s Dom Dwyer, Polk was the focal point of Syracuse’s late-season run to an ACC title and NCAA title game appearance. Polk scored some truly impressive goals this season, against top college competition, and should be one of the first forwards taken on draft day. 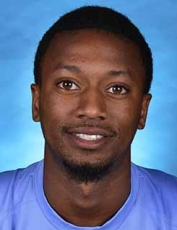 A bit of a forgotten prospect after sitting out 2014 with a torn ACL, McCrary battled back to post a solid senior season and re-establish himself as a left back prospect pro scouts are interested in again. The fifth-year senior can play either fullback position and could push his way into the Top 10 of the MLS Draft with a strong MLS Combine.

The 6-foot-3 Clemson shot stopper was one of the key figures in the Tigers’ stellar campaign, but it was long believed he wasn’t going to be in the upcoming MLS Draft. With sources telling Goal.com that Tarbell is a graduating junior who is ready to enter the draft, teams in need of goalkeeper depth are now on notice that there is a legitimate first-round goalkeeper available.

A highly-skilled midfielder who has been on MLS scouting radars for the past few years, Hodan generates mixed reviews from pro scouts. Some love his technical skill and creativity, but others question his ability to deal with the physicality of the pro game. Started the year seen as a Top 10 prospect, but we can see him slipping this far, if not further.

Entered the 2015 season as one of the highest-rated seniors, but a leg injury limited him to six matches and hurt his stock. Teams that remember him being an impressive central midfielder when healthy will keep him as a first-round value, and a strong MLS Combine could go a long way to help restoring some of the buzz he lost. 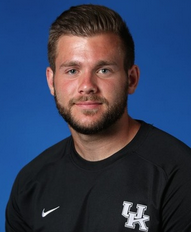 The Vancouver Whitecaps academy product winds up in the draft despite being one of the top goalkeepers in the nation, and the result is the opportunity to be a first-round pick. The 6-foot-1 shot stopper has the tools to develop into a solid pro, though he could slip out of the first round if Andrew Tarbell does wind up entering the draft.

Capped four times by the Belize national team, Salazar is a powerful and dynamic forward who West Coast teams are well aware of as a potential first-round talent.

The 6-foot-3 central defender boasts the size and ability to be a dominant force, though questions remain about his technical qualities. The MLS Combine could certainly help him earn a sure-fire spot in the first roun of the MLS Draft.

Quick and dynamic attacker who probably projects more as a winger than pure forward on the pro level. Injuries limited his action late in the season for Wake Forest, but he remains one of the better attacking options in the draft.

Having impressed with the Portland Under-23 team, Wharton has a number of clubs who rate him as a first-round talent even after Virginia endured a relatively disappointing season. A defensive midfielder with the positional sense to consistently put himself in good spots, Wharton has the tools to enjoy a long pro career.

Impressed as a right winger during Stanford’s NCAA title run, Verso turned heads with his mobility, technical quality and ability to set up his own chances. Benefits from a draft class light on top-end attacking midfield types. 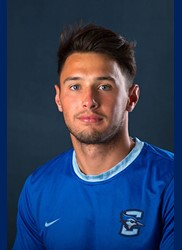 A dynamic midfielder who can score goals and set them up, Pitter has been impressing at Creighton since his freshman season, and though the German-born playmaker could be hurt by his international status, his consistent production on the college level hasn’t gone unnoticed.