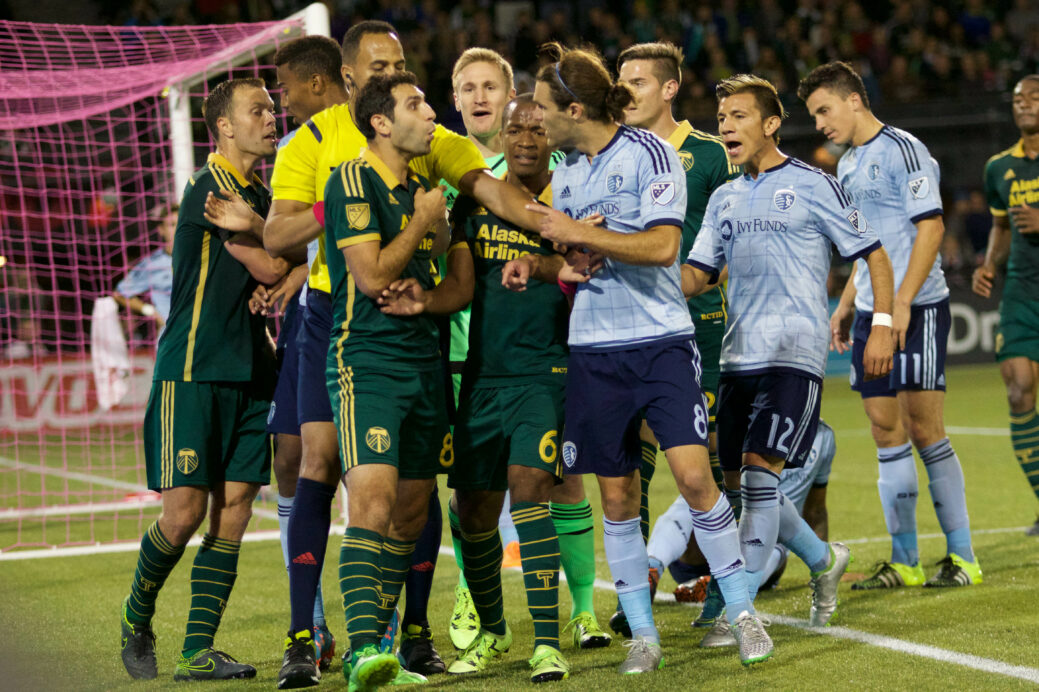 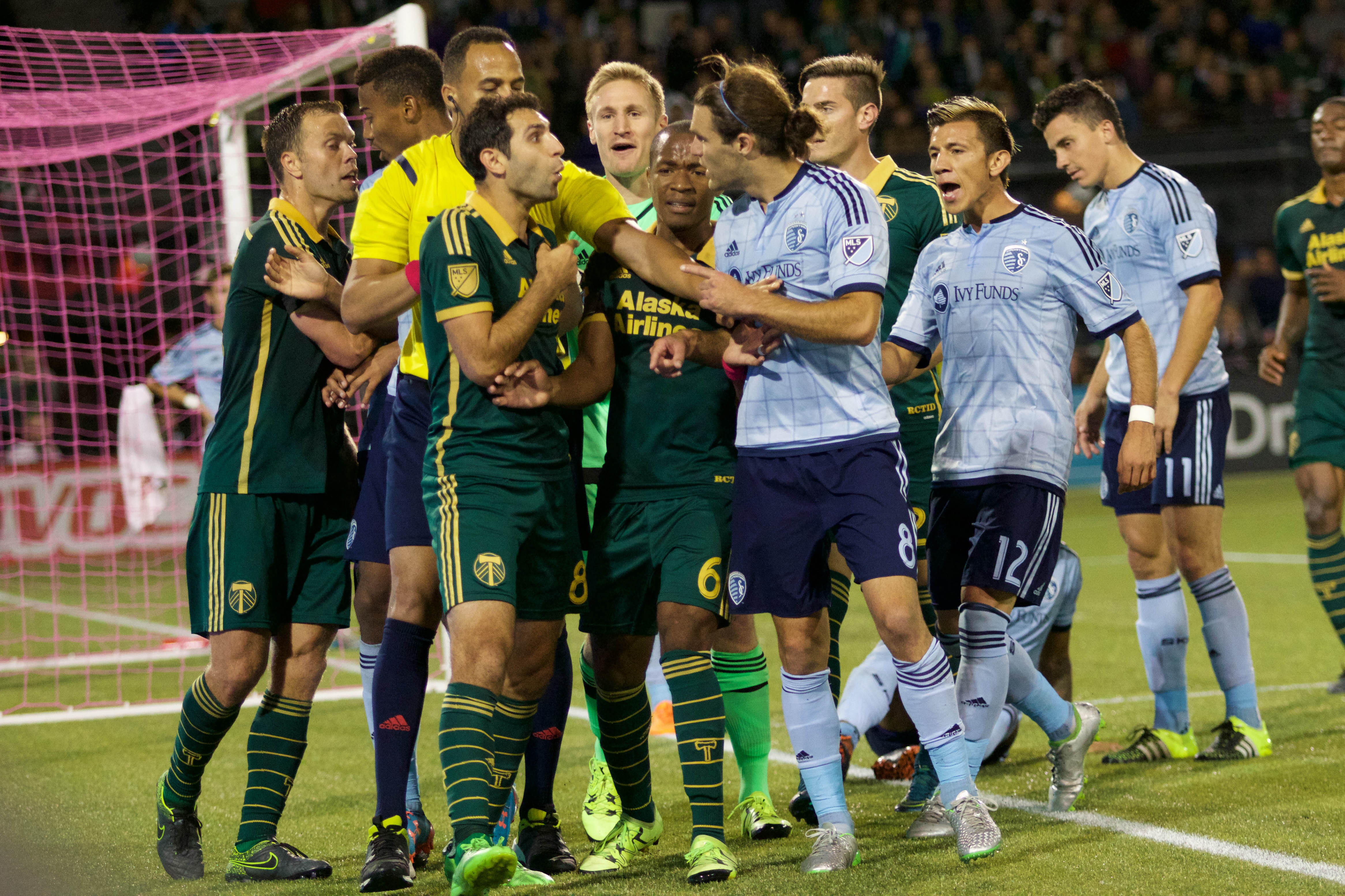 In a year that saw a new team crowned MLS Cup champion, 2015 was certainly a special one for those who avidly follow Major League Soccer.

We saw an assortment of foreign talent take center stage in some MLS’ top matches and several budding stars shine before our very eyes. There was a 10-goal outburst, which ranks second in MLS history for goals in a match, while there were hat-tricks galore.

It’s difficult to compile rankings because of the various factors that must be considered, but SBI’s editorial staff has compiled a list of the best MLS matches from last season. Taken into account are match importance, entertainment value, quality of opponent, etc. There were plenty of worthy candidates, however we had to leave it at 10.

Without further ado, here are SBI’s top MLS matches from the 2015 season:

It was the battle of one of MLS’ young guns and a first-year European star, when Fabian Castillo and Sebastian Giovinco did battle. The 23-year old Dallas striker led the charge for home side, scoring two goals in the opening 10 minutes, while the Italian found a brace of his own in the dying moments. Unfortunately for Toronto though, Giovinco’s individual brilliance wasn’t enough to rescue a point.

For an early season clash, which featured teams that ended up both missing out on the postseason, this duel was quite the spectacle. From Cristian Maidana’s foul throw being missed by the referee crew on Philadelphia’s second goal to Jamison Olave scoring both for Real Salt Lake and the Union, Rio Tinto Stadium got a glimpse of everything. The match was eventually decided by Alvaro Saborio’s late-minute penalty kick.

Two of 2015’s most exciting additions were on display at Yankee Stadium when NYCFC’s David Villa and Toronto’s Sebastian Giovinco met. It was the Spaniard that dazzled early, opening the game’s scoring, but Giovinco was not to be outdone. Giovinco tallied a first half hat-trick in the span of nine minutes, torching a weak New York backline and putting on a true workman’s display in the Bronx.

Want to make an immediate impact with a team, do what Didier Drogba did against the Chicago Fire. The ex-Chelsea striker tallied a trio of world class goals, albeit against lackluster defending from the Fire, scoring goals with his left foot, right foot, and head. The Ivorian was nothing short of fantastic in his brief stint with the Impact, and this match fully displayed the legend’s talents.

July was a magical month for NYCFC supporters, witnessing the most impressive offensive outputs from their side against some of MLS’ most exciting competition. Normally a hat-trick takes center stage, like Orlando forward Cyle Larin recorded, but it was Villa and Co. that stole the show on this day. Well, Italian legend Andrea Pirlo’s introduction with the Light Blues may have had something to do with the special occasion as well.

Yes, you read the score line right. It may not have been the league’s best matchup but the 10-goal billing brought fans one of the best matches from 2015. The opening 45 minutes were relatively quiet, with RSL holding a 2-1 advantage, but that would soon change. Seven goals after the interval, including five from DC United, gave the RFK crowd a lot to cheer about on this night. The result wasn’t necessarily a positive indicator of things to come for United, though.

The 2015 season saw the dawning of a new rivalry, and while it was a lopsided one, the Hudson River Derby certainly put New York soccer on the map. The two sides first met at Red Bull Arena and to the tune of two Bradley Wright-Phillips goals the home side Red Bulls began this series with a bang. NYCFC forward Patrick Mullins rescued a late goal, but this match was more about the stage being set for future meetings.

It won’t be the last time you’ll see Peter Vermes’ side on the list, and with good reason. Down 3-1 with 15 minutes remaining, Sporting fans probably all but gave up hope on their side. Dom Dwyer began the charge from the home side, before Paulo Nagamura rescued all three points with a brace in the dying minutes. This is a prime example of why you play until the final whistle.

While the match didn’t see it’s first goal until the 84th minute, this one had the makings of something special. Originally only needing one goal to send the match to extra time, FC Dallas found its potential winner by way of Tesho Akindele with just over five minutes remaining in regulation. It was youngster Walker Zimmerman though that played the pivotal role for the home side in stoppage time, scoring the team’s second goal after Sounders forward Chad Marshall equalized one minute earlier. The rest was history.

Who could ever forget this one? It’s not too often that goalkeepers decide a match’s outcome with a goal, but that was the case in this year’s thriller in Portland. Timbers keeper Adam Kwarasey stepped up to the penalty spot in round 11 of the game’s penalty shootout, beating Sporting shot-stopper Jon Kempin. The latter then had the opportunity to keep the match going, but it was Kwarasey that made the critical save and kept Portland in the 2015 MLS Cup Playoffs.

What do you think of SBI’s Top 10 MLS matches of 2015? Did another match deserve to crack the list?