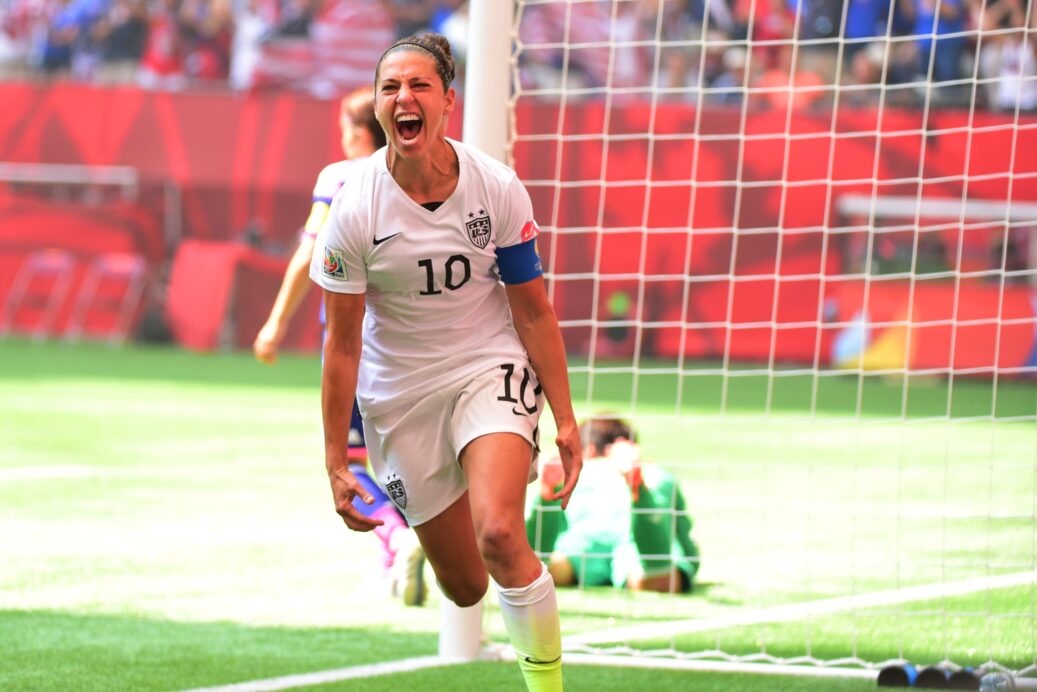 Following a summer that saw her lead the U.S. Women’s National Team to the 2015 Women’s World Cup, Carli Lloyd has been recognized with the biggest individual award in women’s soccer.

FIFA announced on Monday that Lloyd has been named the FIFA Women’s World Player of the Year. Lloyd, who was recognized for the award at Monday’s Ballon d’Or Gala, received 35.28% of the vote while beating out fellow finalists Célia Šašić (12.60%) and Aya Miyama (9.88%).

“It truly is an honor,” Lloyd said. “This has been a dream of mine ever since I started my journey with the national team. Celia and Aya both are amazing footballers and are truly deserving of this award. I want to thank Jill (Ellis), the coaching staff and all of our support staff.

“I wouldn’t be standing up here if it wasn’t for my teammates. To James (Galanis), we started this journey 13 years ago and you told me I could become the best player in the world. Now I can thank you for that.”

What do you think of Lloyd’s award? What are your expectations for the USWNT midfielder in 2016?