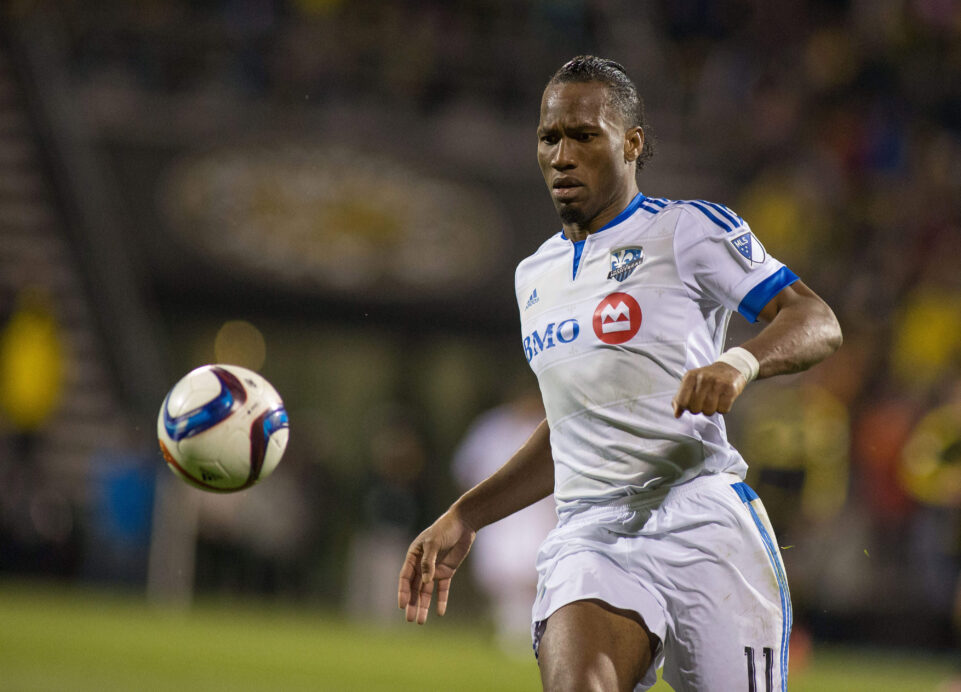 FT. LAUDERDALE, Fla. — The Montreal Impact are trying to be patient as they work through their current dilemma with Didier Drogba, but the time is fast approaching when they will need a final answer on Drogba’s future in MLS.

The Impact, Drogba, and English Premier League club Chelsea have all been mired in a very public love triangle for several weeks now. The MLS outfit is hoping to bring Drogba back for the final season of his one-and-a-half-year deal, but the star striker is contemplating retirement so as to be able to join Chelsea, his beloved former club, as a member of its coaching staff.

Drogba, 37, has insisted that he has not yet made up his mind despite reports from abroad stating the contrary, but the Impact are hoping to get an answer soon. In fact, the club’s management is behind the scenes at least considering setting a deadline for him to make a decision.

Putting a timeline on Drogba might seem to some observers like a bad move as it could put more pressure on the legendary Ivorian. The Impact, however, have a season to plan for, and cannot be held hostage by one player, no matter how good or important he is.

For now, the Impact are just going about their business. Much of the club’s brass is in South Florida right now for the MLS Combine, and a lot of its efforts are geared towards preparing for Thursday’s MLS Draft even though the Impact hold the 14th pick.

Still, this Drogba issue is not being ignored.

“The club is talking, they’re in discussions,” said Biello. “It’s not an easy situation for him to have to make that decision, and there’s discussions ongoing. We’re hoping that he would come back with us obviously, for sure, but at the same time we’re preparing and getting our team ready, our roster ready. Hopefully they can come to an agreement and we can move on.”

Biello and the rest of the Impact could be upset over Chelsea’s handling of this situation. Drogba not only took in one of the Blues’ league games with interim head coach Gus Hiddink and owner Roman Abramovich last month, but Hiddink proceeded to publicly declare his desire to bring Drogba back.

Biello insists there is no ill will, though.

“Now when you’re on the world stage, these things happen,” said Biello. “I think Didier is a world-class player, and this situation occurred and it’s about dealing with it now and trying to figure out the best solution for all parties.”

If Drogba does wind up leaving the Impact this winter, the club would have a major hole to fill. Drogba became the focal point of the Impact after leading them to the playoffs with his physical play up top and 11 goals in 11 regular-season games, and was expected to be a major contributor again in 2016.

Having to find someone that can bring all that he offers, both on and off the field, will not be easy for the Impact if that is how things play out. All the more reason then to try and get an answer as quick as possible.

“Obviously, it’s someone that brought a lot to the team,” said Biello. “Not only the goals – yeah, he was great on the field – but his leadership qualities were unbelievable. The ability to gather up a group and (have them) follow him is something that will be very difficult to replace for us.