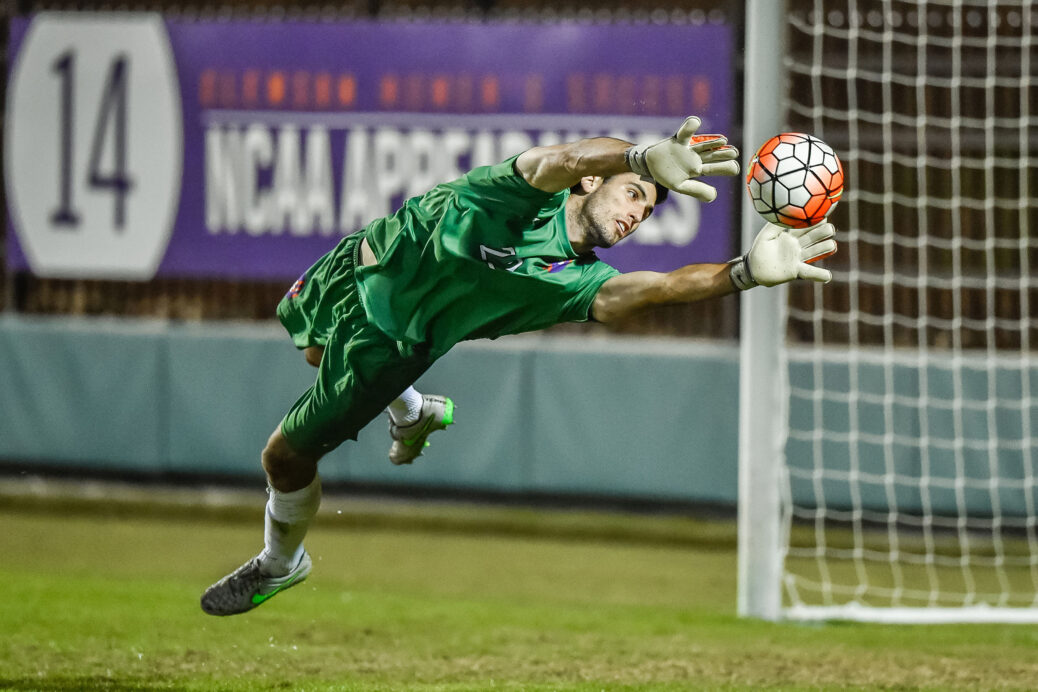 Andrew Tarbell’s talent in goal has been obvious to some for a long, long time.

While most passionate followers of the college game, especially of the Clemson Tigers, know just how good of a goalkeeper Tarbell was throughout his collegiate career, many people really started to take notice after his Man of the Match performance against Syracuse in the College Cup semifinals. In that game, he made eight saves to help lead the Tigers to the final, where they eventually lost to Stanford.

Still, Tarbell’s talent was identified way before then. It was the summer between his sophomore and junior year of high school.

When he was 16 years old, Tarbell made his first start for Premier Development League side New Orleans Jesters, and he impressed many. Jesters head coach Kenny Farrell was arguably the first to realize the netminder’s skills, telling The Times-Picayune: “He could eventually be the Tim Howard of the U.S.”

“He’s always been very complimentary of me,” Tarbell told SBI in response to hearing those words from long ago. “We’ve got a great relationship. I’ve known him for quite a long time. I know he thinks highly of me, and I think highly of him. That’s a really nice gesture for him to say, but I wouldn’t go as far as saying that.”

Clemson head coach Mike Noonan said reaching the level of Howard is a tall task for any goalkeeper, but Tarbell does possess the skill set to one day represent the U.S.

“Analytically, he understands and processes the game while it’s going on. He’s a very sharp person,” Noonan added. “You take athleticism, you take size, and your brain, you put those three things together and that makes a pretty good goalkeeper.

“The place he’s developed the best is reading and understanding the game. He always had the athleticism, shot-stopping abilities, those types of things, but now, it’s his understanding of preventing danger before danger happens.”

Officially announced as a member of the 2016 MLS Generaton adidas class on Wednesday, Tarbell has enlisted the services of current MLS players Patrick Mullins and Tommy McNamara to help him prepare for the MLS Combine. Tarbell and Mullins are long-time friends and former Jesters teammates, while McNamara played at Clemson.

Training with Mullins and McNamara isn’t Tarbell’s first exposure to working with professionals. In the summer of 2015, Tarbell trained with the Seattle Sounders and Chicago Fire before being called into the U.S. Under-23 Men’s National Team College Identification camp in August. Tarbell said he learned a lot from U.S. goalkeeping coach Chris Woods, who gave him some advice ahead of his junior season with Clemson.

“(Woods) did really like my athleticism and presence, and he thinks that that’s a good base,” Tarbell said. “The technique stuff will come. The more I practice and all of that kind of stuff on a daily basis, but he really did like my presence in goal, and I guess just my overall ability to make plays was what got me there.

“So, just polishing off punts and kicks and some technique stuff will definitely be on the agenda.”

Tarbell may have a few things to improve upon, and may not be close to being the next “Tim Howard of the U.S.,” but he is pegged by many as the top goalkeeper in this upcoming draft. He will have his chance to show MLS teams he’s that good at the MLS Combine, which kicks off on Friday in Fort Lauderdale, Florida.

“I’ve been staying in shape and getting ready to go, so I’m excited (for the Combine),” Tarbell said. “I’m just excited to show my consistency…how I’ve played the last couple of years is really who I am, and show some leadership and get to know guys on the (Combine) team as quick as I can because I know that’s a tough part — playing with guys you don’t really know right off the bat. So I’m looking forward to getting to know those guys really quick, and helping to organize, make us become a team as quick as we can because I think that will help all of us.”