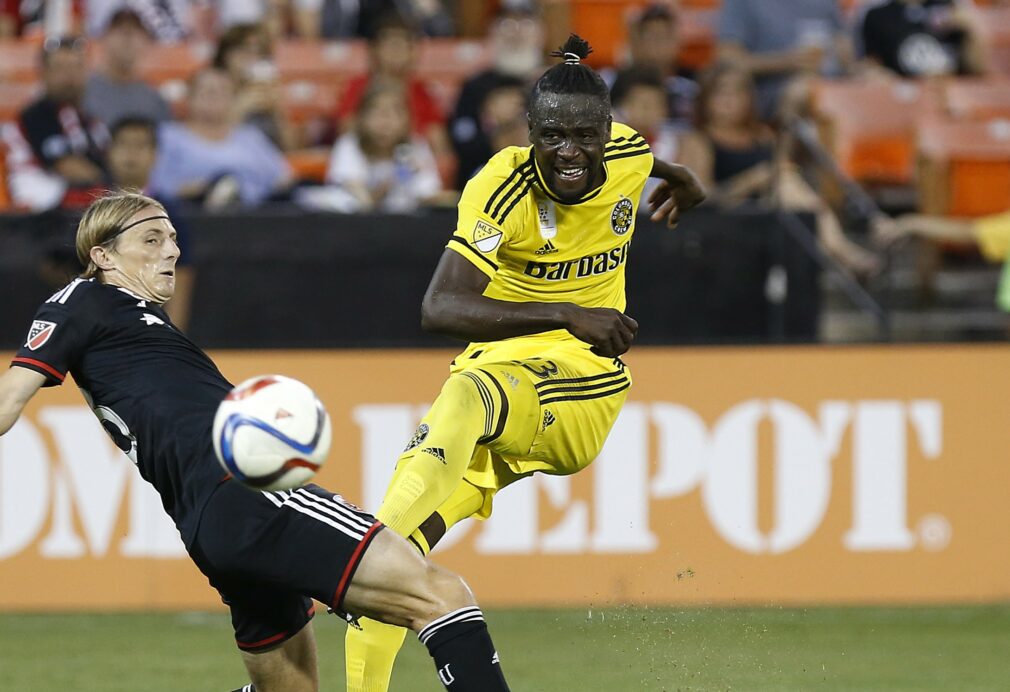 While teams have started their preseason schedules, the contract dispute between Kei Kamara and the Columbus Crew has heated up.

Kamara, 31, is attempting to negotiate a new contract with the Crew after scoring 22 goals and providing eight assists in 2015. Talking about his latest proposal, he said, “I don’t think it’s ridiculous or out of hand. Columbus doesn’t have a lot of players making high figures, and for us to be a team to compete and continue going in the direction we want to go, I should be one of those players rewarded for what I am doing.” (REPORT)

Dutch midfielder Nigel de Jong, 31, will reportedly sign a one-year deal with the Galaxy. The announcement of the signing is expected to come some time this week, and he will reportedly earn less than $1 million with the club using targeted allocation money. (REPORT)

Icelandic forward Al­fred Finn­boga­son, 26, will reportedly join German club Augs­burg after recently being linked with a potential move to the Montreal Impact. (REPORT)

The LA Galaxy won their first preseason game, 2-1, against Armenian side FC Shirak at StubHub Center on Saturday. Jose Villarreal scored a brace for the Galaxy. (REPORT)

Rookie Tsubasa Endoh scored once and Jordan Hamilton netted from the penalty spot for Toronto FC in the club’s 2-2 tie against UC Irvine on Saturday. (REPORT)

What do you think of Kamara’s dispute with the Crew? Think De Jong will do well in MLS? Surprised by any preseason results?