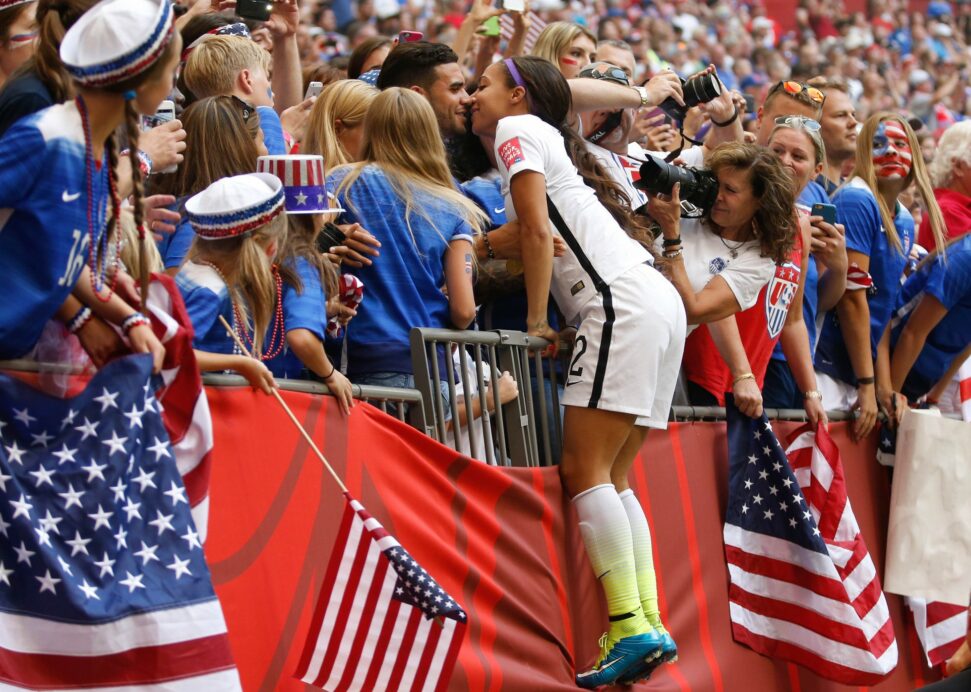 Sydney Leroux will miss the chance to go for gold at the 2016 Olympics in Rio de Janeiro this summer, but she and husband Dom Dwyer probably won’t mind too much.

On Monday, the couple revealed that they are expecting their first child some time in September.

Leroux, 25, has scored 35 goals in 75 appearances for the U.S. Women’s National Team, but will miss the chance to help out the Americans as they attempt to win a fourth consecutive gold medal in Brazil.

Meanwhile, she will also miss time with her NWSL club, FC Kansas City.

“Although we are disappointed that Syd will not be playing for us this season, we are thrilled and excited for her and Dom,” general manager Huw Williams said in a release on the club’s social media account. “Dealing with matters such as these is part of our business. All of us at FC Kansas City are ‘family first’ type of people so we see this as an exciting and joyous occasion.”

Here are Leroux’s and Dyer’s announcements:

Surprise! My plans have changed for this summer. @Ddwyer14 and I are so excited to announce… pic.twitter.com/99knKtCvTO

What do you think of this development? Happy for the couple?