Union walk away pleased with talented haul from 2016 MLS Draft 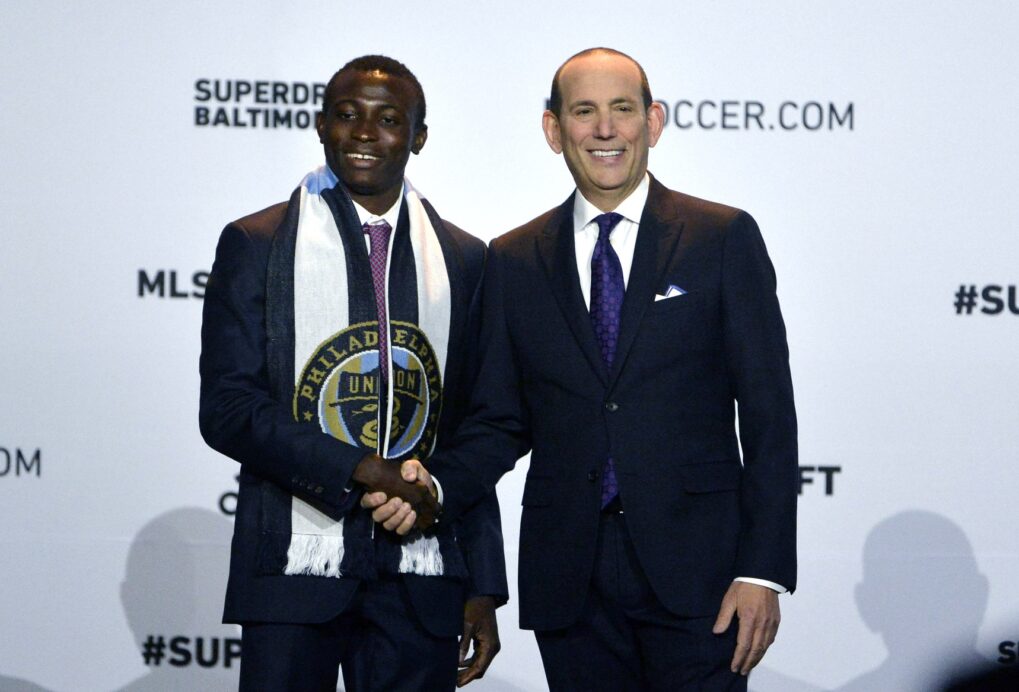 BALTIMORE — Philadelphia Union sporting director Earnie Stewart failed to get a good amount of sleep on Wednesday night because he knew what moves were ahead for his club in Thursday’s MLS Draft.

When the Union were done wheeling and dealing, they brought in an impressive haul that included second-overall pick Joshua Yaro, third-overall selection Keegan Rosenberry and sixth-overall choice Fabian Herbers. The Union also picked up Taylor Washington from George Mason with the 23rd selection.

“I didn’t sleep very well last night because we had all kinds of plots up our sleeves to try and get the No. 2 spot,” Stewart said. “It was exciting. We succeeded in the things we wanted to do. Good day.”

Philadelphia shipped general allocation money and a “player to be named later” to the Colorado Rapids in exchange for the No. 2 pick.

“The main part for us is that we wanted to get Yaro very bad and we got to the second position,” Stewart said.

The Union brass knew about 10 minutes before the draft began that they were going to get their man at No. 2. With the next pick, the Union selected Yaro’s defensive teammate from Georgetown, Rosenberry.

“You’re acquiring two players that are used to playing with each other that have a great future and great potential,” Stewart said. “In the end, it makes it even more gratifying seeing the way the two congratulated each other. That’s major for us and what we want to do.”

Rosenberry was denied a homegrown claim before the draft, but ended up as a Union player anyway after the third pick.

“We were in touch,” Rosenberry said of his pre-draft contact with the Union. “I had some interviews down at the Combine, but I was actually of two mindsets when the homegrown claim got denied. Why would they waste their pick on someone they should’ve got as a homegrown and maybe they think I’m good enough to use a pick on.

Stewart and Union head coach Jim Curtin confirmed Yaro will remain as a centerback. As a right back, Rosenberry could start alongside his college teammate with the Union at some point in 2016.

“That would be awesome if we played side by side,” Yaro said. “I’m really excited and looking forward to starting my new career with someone I know.”

Herbers has plenty of familiarity with his new teammates since the midfielder played against Yaro and Rosenberry in the Big East with Creighton.

“We played them twice this year,” Herbers said. “They’re really good defenders. I had a really hard time to get through them.”

“Keegan likes to go up a little bit on the right side and give dangerous crosses. He had a couple of assists against us,” Herbers continued. “Josh is a great defender and with all his athleticism, he really gave me a hard time.”

Curtin believes the Union got a good value pick in Herbers, who he describes as a solid goalscorer.

“In Herbers, we get a player who is a proven goalscorer at the college level and over the years that seems to translate to the pro game,” Curtin said. “Fabian’s a guy we value very much. He’s a great attacking player.”

The Union also saw plenty of value in Washington, who will add depth behind Fabinho at left back.

“We’re happy with the depth we have at each spot,” Curtin said. “We have two at each position and we’ll have good competition in preseason.”

After all was said and done on Thursday, Stewart, Curtin and the rest of the Union staff walked away with a smile on their faces heading into the preseason, which may see the debut of a new style.

“We knew we needed to strengthen the defense,” Curtin said. “We’ve given up too many goals in the past two years. It was important to stress that the defenders we drafted all can play with their feet. They can all pass out of the back and be the first line to start our attacks and our possession. It’ll be a bit of a new style that we’ll have and we’re excited to unveil it.”