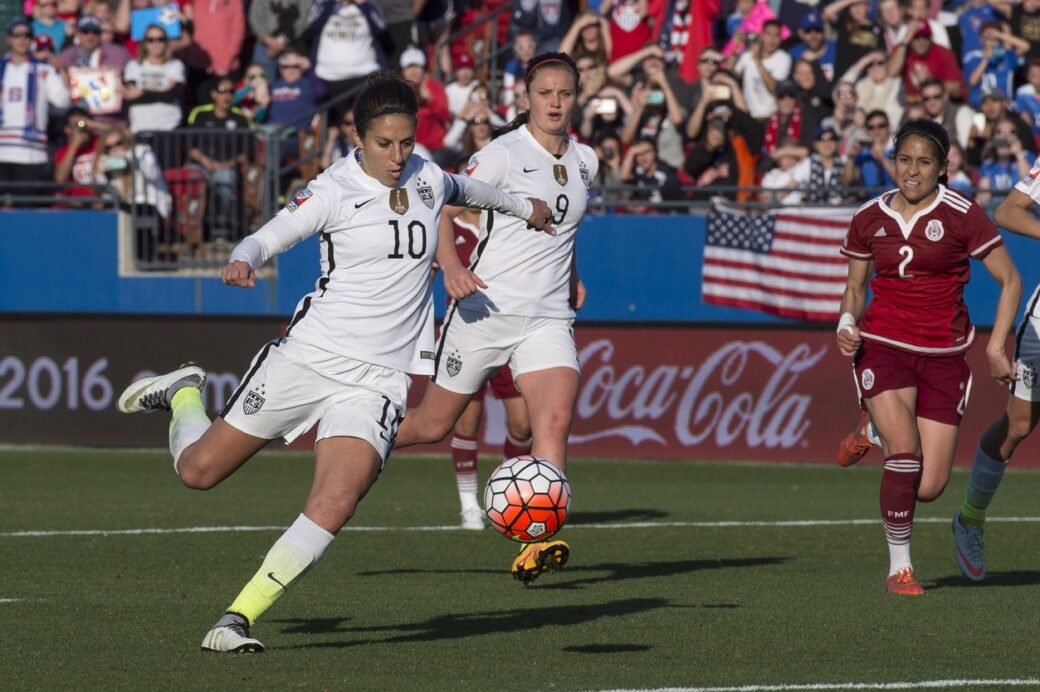 Thanks to the FIFA Women’s World Player of the Year and a questionable call in the penalty box, the U.S. Women’s National Team progressed to the CONCACAF Women’s Olympic Qualifying semifinals on Saturday.

The USWNT pinged the post a couple of times on Saturday, and the match looked destined to end scoreless as Mexico defended well all afternoon. Christen Press came close to breaking the deadlock in the 52nd minute when she smashed a shot across goal, but it hit Santiago’s right post and bounced back into play.

In the 80th minute, center official Melissa Borjas awarded the U.S. a penalty, calling a controversial handball in the box.

Lloyd stepped up and blasted a low shot on frame on the ensuing attempt, but Santiago made the crucial save. Unfortunately for her and Mexico, though, the ball bounced right into the path of Lloyd, who coolly tapped home the rebound.

In Saturday’s other Group A match-up, Costa Rica pummeled Puerto Rico, 9-0, to earn its first three points of the tournament. Costa Rica will face off against Mexico on Monday, while the U.S. will play Puerto Rico that same day.

Here are the highlights of the USWNT’s win:

What do you think of the USWNT’s win? What are your thoughts on the penalty kick decision? Who do you think will advance from Group A with the U.S.?