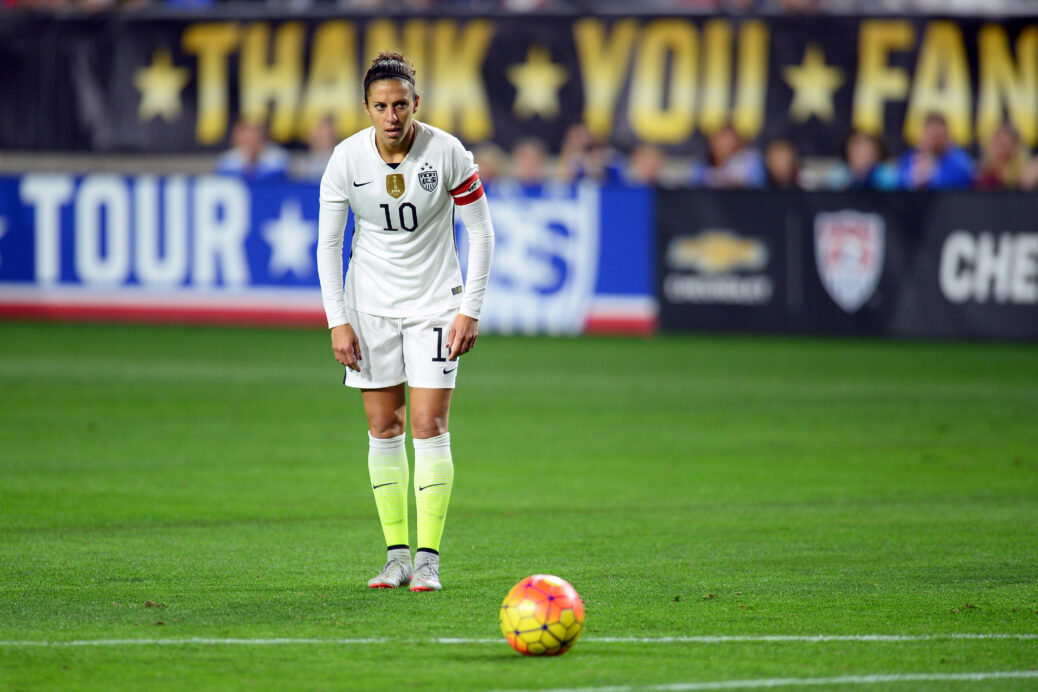 For the first time in the organization’s history, FIFPro has released a Women’s World XI, and it includes several U.S. Women’s National Team stars.

Sports Illustrated revealed on Thursday that Carli Lloyd, Hope Solo, Julie Johnston and Meghan Klingenberg have been named to the inaugural FIFPro Women’s World XI. FIFPro, which has selected men’s World XI’s since 2005, is the international representative organization for 65,000 players all over the world.

“It’s an honor to be selected by the players,” Lloyd said regarding her selection. “This is a great step forward in terms of equality, respect and recognition for women’s soccer.”

The list, which is comprised of a goalkeeper, four defenders, four midfielders and three forwards, is voted on exclusively by players. This year’s list included votes for players of 33 different nationalities.

Take a closer look at the full list below:

What do you think of the FIFPro Women’s World XI? Any snubs?