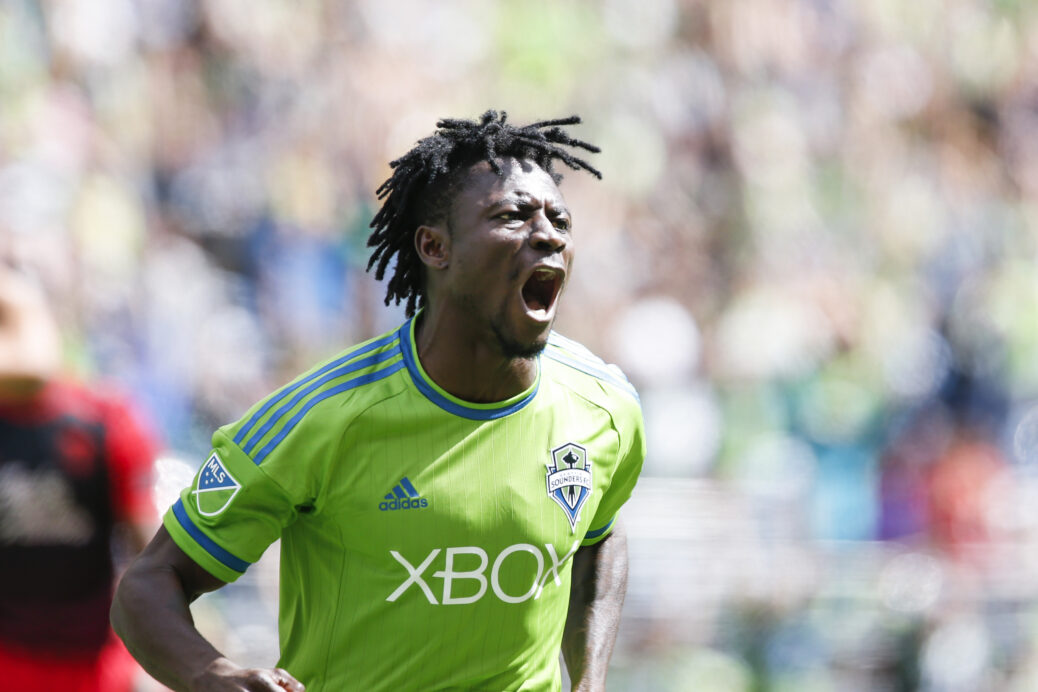 One of MLS’ worst-kept secrets has finally become official.

Martins said his farewell to Sounders fans last week via Twitter and has recently been training with his new club.

“We wish Oba good fortune in China. Ultimately this transaction gives us roster and salary cap flexibility heading into our 2016 MLS season, including the opening of a Designated Player position,” Sounders GM and President of Soccer Garth Lagerwey said of the move in a release. “We have a talented and capable group in our locker room, and we’re excited for the year ahead.”

The Chinese club will be Martins’ ninth professional club, with the Super League representing the seventh league of his career. Martins joins Colombian internationals Fredy Guarin and Giovanni Moreno, as well as former Chelsea striker Demba Ba among the team’s foreign stars.

What do you think of the Martins move? Sad to see him go? What do you expect from the Sounders going forward?