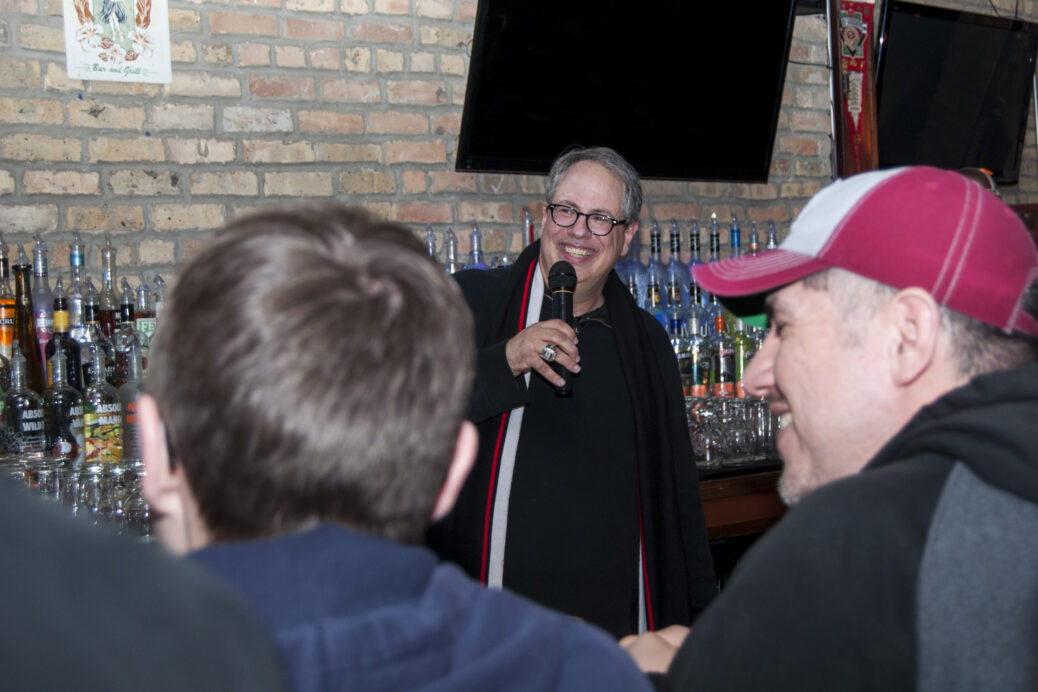 Peter Wilt has already solidified his place as one of the more important figures in the history of Chicago soccer, but the longtime executive is now looking to revitalize and revolutionize the game in a city he calls home.

The former Chicago Fire president and general manager is one of the leading figures in an effort to bring an NASL club to the city of Chicago. Alongside longtime partner Jack Cummins and private equity and venture capital firm Club 9 Sports, Wilt’s goal is to have an NASL team up and running within the city by either 2017 or 2018.

That process began, in earnest, on Monday night. Wilt and his partners met with fans to announce the launch of the club’s official website while signaling the first public appearance of the club. According to Wilt, those in attendance made the atmosphere feel like a true club launch, even if there are plenty of loose ends to still tie up in the coming weeks.

Still, the announcement of a potential addition to the Chicago soccer landscape has already made an impact on a city that Wilt believes is yearning for a second team to compete with and raise the level of the Fire.

“It bothers me a bit, but I understand it at the same time, that people think we’re trying to steal fans from the Fire,” Wilt told SBI. “The market is so huge that there is room for two very successful teams. In Chicagoland, there are nine million people, four million of which care about soccer. Only 100,000 go to professional soccer games annually now, so that means there’s 3.9 million people that care about soccer that aren’t going to professional soccer games. A new team could be the outlet for many of those 3.9 million. It doesn’t have to be a single Fire fan going to a Chicago NASL game instead of a Fire game to make this successful.

“You’re already seeing Fire fans becoming more passionate about the love for their Fire because they see the Chicago NASL team, perhaps, as a threat. I don’t. I think it’s going to be a good thing, largely because of what I just described. It makes the Fire more relevant. It gets their fans engaged and that’s a good thing for everyone.”

For Wilt and company, the first challenge comes with securing a home within the city limits, a battle that the former Fire executive is all too familiar with.

Employed by the Fire from 1997-2005, Wilt was a key figure in the Fire’s move to Bridgeview, a move that many view as a hindrance to the team’s reputation within the city. In a location that is difficult to reach via public transit, the Fire have struggled in recent years as the team’s performance on the field has continued to wane ahead of a 2016 rebuild.

Coming from another start-up project in Indy Eleven, Wilt understands how important it is to properly handle the stadium situation with his new Chicago team. To start, the club has asked fans to participate in a survey with three possible temporary locations: the Chicago Bears’ Soldier Field, the Cubs’ Wrigley Field and the White Sox’s U.S. Cellular Field.

According to Wilt, the club is already in active discussions with representatives from Soldier Field, which would likely make the most sense given the summer schedules in the two baseball stadiums. However, the club is not prepared to close any doors on the other two options. Wilt says that the process could be “90 percent” done by the end of the week, and would serve as a major domino towards locking up other specifics with the clubs investors.

The goal remains to have a soccer-specific stadium within the city limits, something that proved to be a challenge for the Fire roughly a decade ago. As a key part in the move to Bridgeview, Wilt says Fire ownership at the time was not in a place to privately fund a stadium inside the city. Now, Wilt believes the NASL group can, paving the way for a potential game-changing home within Chicago’s city limits.

“Down the road, we recognize we need to be in a soccer-centric stadium,” Wilt said. “We’ve already been in preliminary discussions with the city about locations for a 20,000-seat soccer stadium. We’ll need to be in one of those other venues for likely at least three years.

“In this case, the Chicago NASL, our investors recognize that it will take a largely private commitment to build a stadium, and with that, if (former Fire owners) AEG had that same willingness 12 years ago, the Fire’s stadium would be in the city. It’s obviously easier to get a stadium built that is largely privately funded.”

All of those processes begin with the community, Wilt says. The current group has already made significant efforts to reach out to fans to help put a stamp on the team. Having gone through this process with Indy Eleven, Wilt says that the connection between fans and club was vital in making the club the most well-attended in NASL.

As Wilt sees it, ownership and management are “merely caretakers” for a club and culture that belong to the city and community. To engage that community, the Chicago NASL group is looking to set up a supporters’ trust due to new laws in Illinois. The first of its kind in the state, the plan could be in place by the end of March and would allow fans to own and invest in their new local team.

Another way to engage the fans is by giving them a say in its construction, something the team has done through online surveys. In addition to asking about stadium preferences, the club has asked for ideas of names and colors to represent the team.

The history of Chicago soccer has been earmarked as something important to the club, which knows its not starting in a vacuum. Because of that fact, the name of the Chicago Sting has already been floated around as a throwback to the NASL side that represented the city from 1974–1988.

According to Wilt, the NASL currently owns the federal trademark for the Sting name, while founder Lee Stern owns rights in the state of Illinois. The club is not closing any doors on the Sting name, but is also ready and eager to listen to different suggestions throughout the process.

“There’s going to be some push for that, but at the same time, there’s also a feeling that this is a club for a new generation and young adults and Chicagoans that want to have their own team. We’ll see how it all plays out, and it’s good to have that interest from people where they’re so passionate and they care about it.”

As for the team’s colors, the decision remains up in the air. The club thinks it may be a bit redundant to go with the Chicago flag like the NWSL’s Chicago Red Stars, but it may also be viewed as something that brings the city and its clubs together under one look.

Regardless of colors or names or venues, Wilt says the club is committed to putting together a first-division product that can challenge any team in North America. The group in charge of the club expect to invest in player salaries that can compete with any in the country while pushing the team into both local and national relevance.

To that aim, Wilt says conversations with those within the NASL have been positive. In addition, the reaction from those within Chicago has also yielded the desired result. The challenge now is to put it all into practice, as Wilt looks to bring yet another club to a city that still means so much to him.

“(The NASL) recognizes the importance of having a club in Chicago that can be successful,” Wilt said. “You don’t want to put a team there just to have a team in the third-largest market in the country, but you absolutely want to have a club there if it’s going to be successful. They have told me, to this point, that they have been pleased with the progress we’ve had and we’re very hopeful we can put it all together in the near future.

“It would mean a lot because I want the sport to be relevant again in Chicago,” Wilt added. “Chicago is one of the great soccer cities in the country and, unfortunately, over the last six years plus, it has become less relevant. I think this team can put professional soccer back on the radar of everyday Chicagoans like it was 15 years ago. Not just with Chicago NASL, but I think we can help the Chicago Fire become more relevant. I think what you saw in New York with the Cosmos and New York City came on board, the Red Bulls become more relevant. It would make me very proud to have a hand in doing that.”