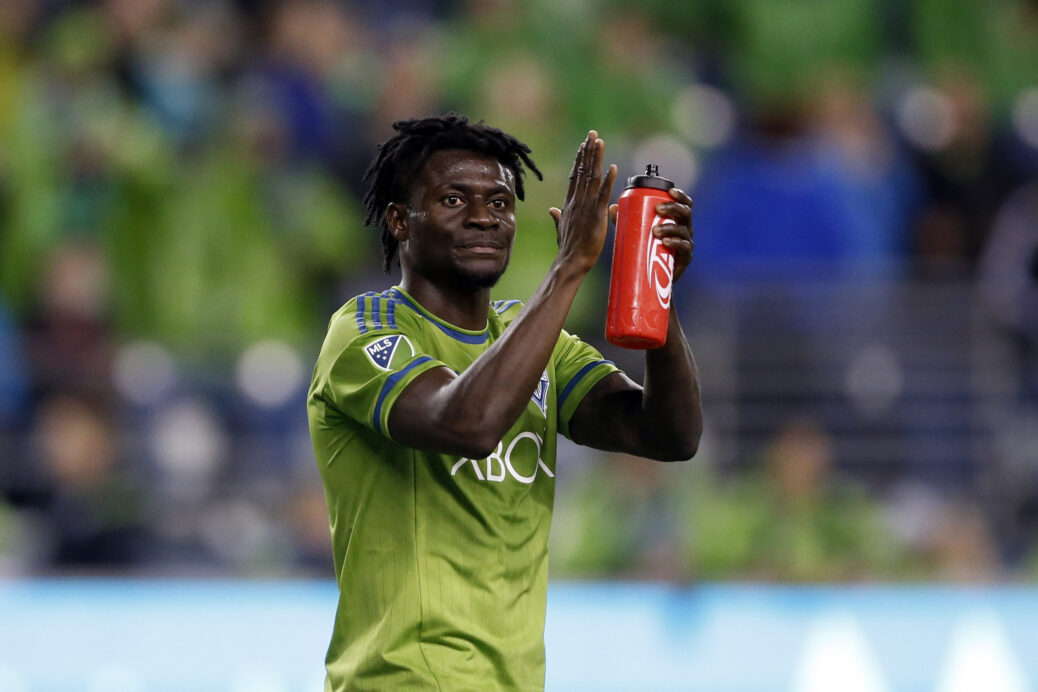 The Seattle Sounders are set to transfer veteran Nigeria forward Obafemi Martins to Chinese club Shanghai Shenhua, according to a report from the BBC. Martins had been linked this winter with a move back to the English Premier League, but will be the latest recognizable name to join the Chinese Super League via a deal that is expected to be worth a few millions.

Martins’ abrupt departure from Seattle will come as a surprise given how productive the speedy 31-year-old striker has been for the Sounders. Since arriving at the club in 2013, Martins has scored 40 goals and assisted on 23 others in 72 regular-season matches.

Losing a Designated Player of the caliber of Martins will make things tougher on the Sounders in 2016, but they still have three quality options to lead the attack in Clint Dempsey, Nelson Haedo Valdez, and recent addition Jordan Morris. Whether the Sounders sticks with the new 4-3-3 formation they have been trotting out in preseason remains to be seen.

Shanghai Shenhua is no stranger to landing big-name players. The club has previously employed the likes of Didier Drogba and Nicolas Anelka, and currently has Tim Cahill, Freddy Guarin, and Demba Ba on its roster.

What do you think of Martins’ reported move away from the Sounders? How big of a loss would this be for the MLS club? Should the Sounders stick with a 4-3-3 formation or revert back to a 4-4-2?