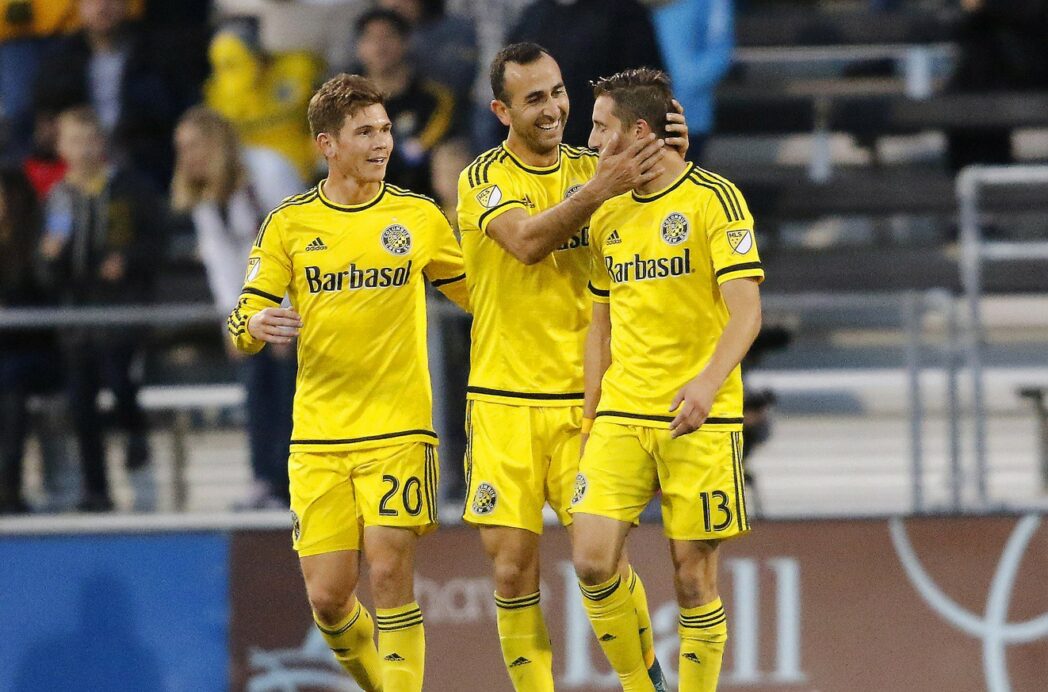 From the moment Gregg Berhalter was hired as head coach in late 2013, the Columbus Crew have been building towards an MLS Cup. After breaking through as a contender in 2014, the Crew got their crack at the league’s ultimate prize in December, but fell just short.

A mistake-laden first half doomed the Crew to an MLS Cup defeat to the Portland Timbers on their home field, leaving a sour taste to what had been a spectacular run through the postseason. It served as a humbling lesson for a young Crew team that is still looking to bombard its way into the MLS elite.

To that aim, the Crew have returned nearly every contributor from the 2015 campaign. Following the disappointments of 2015, the Crew enter the 2016 campaign hungrier than ever before after getting within a few plays of capturing an MLS Cup.

“It’s not about specifically the performances of every individual,” Berhalter said. “For me, it’s about the mindset. Guys have been pushing extremely hard. I haven’t seen any complacency, and that’s important. In the end, we came up short last year, so there’s still room to grow and we still want to continue to improve. That’s the mindset that I see from the guys, so I’m happy with that.”

Here’s a closer look at the 2016 Columbus Crew:

NEWCOMER TO WATCH: Ola Kamara. The 26-year-old striker is expected to provide valuable cover for incumbent starter Kei Kamara. With seven appearances for Norway, O. Kamara brings veteran experience and speed to burn to the Crew front line. Look for the new striker to offer a bit of a change of pace for the Crew while adjusting to the rigors of MLS as the season goes on.

PRESSURE IS ON: Kei Kamara. The co-Golden Boot winner was certainly one of the league’s best players last season. With 22 goals, the Sierra Leonean forward enters the 2016 season with increased expectations, especially following a reported contract dispute to start camp. The Crew can go as far as K. Kamara can take them, and the forward will need to thrive once again if the team is to surpass last season’s performance.

Following all of the forward steps taken in 2015, the Columbus Crew weren’t looking to change much going into 2016 except the final result.

Last season, the Crew rode a wave of young but supremely talented players to a berth in the MLS Cup final. Forward K. Kamara, one of the more experienced players of the group, asserted himself as one of the league’s best strikers en route to a tie atop the MLS leaderboard in goals scored. Ethan Finlay emerged as a potential U.S. Men’s National Team winger with his ability to create and score from outside, while midfielder Wil Trapp continued to come into his own as a leader and presence in the heart of midfield.

In total, the Crew’s young core of dynamic attacking talent finished second in MLS with 58 goals in the regular season before continuing to flourish throughout the playoffs. Boasting a dynamic young roster, the Crew pushed all the way to the final stop of MLS play before falling just short in the most heartbreaking way.

Heading into the new season, the Crew are looking to stick to what got them to the final. In total, the reigning MLS runners-up return 13 of the 14 players that suited up in the MLS Cup loss, including all starters 11. The lack of turnover ensures a bit of familiarity and continuity for a team that still possesses all of the pieces necessary to make another run.

“What we’ve learned over the course of the last couple of years is that you want to build into the season,” Berhalter said. “We’re building and we’re increasing both from a fitness level and from a performance level as we move forward. We’ve been happy with the progress. We know we’re not in midseason form yet, but guys have been working hard and we’re exactly where we should be.”

Goalkeeper Steve Clark, an anchor throughout most of the Crew’s run, returns in an effort to emerge from the difficulties of the MLS Cup final. A back line that improved vastly as the season wore on continues under the leadership of longtime veteran Michael Parkhurst. Alongside Parkhurst will be fullback Waylon Francis, as well as last season’s midseason additions, Gaston Sauro and Harrison Afful.

Prior to the arrivals of the latter two defenders, the Crew’s back line was among the more inconsistent in the league. Now, with the duo set for a full preseason with their now-familiar teammates, the Crew figure to be a bit more consistent and compact heading into the new season.

“They’re both big contributors to what we do,” Berhalter said of Sauro and Afful. “They’re both excellent players and we’ve been happy with how they’ve adapted to our playing style. Both of those guys are good examples of players that can integrate midseason.”

In the middle, Trapp and fellow USMNT call-in Tony Tchnai continue to anchor the center of the field. While Trapp provides the positioning and technique of a traditional deep-lying playmaker, Tchani will assert himself as the team’s primary ball-winner while also offering some surprises on the attacking end.

Moving forward, Federico Higuain is set to marshal the center of the field just behind K. Kamara, while Finlay figures to play opposite Iraqi international Justin Meram on the flanks. With each starter returning to reclaim their respective positions, the biggest threat to start the season is the health of Meram, who continues to push towards opening day following offseason surgery.

However, Berhalter insists that positions aren’t as secure as one may think. Returning players like Cedrick Mabwati and Mohamed Saeid continue to figure into Berhalter’s plans for competition. Berhalter says that midfielder Hector Jimenez has served as a “bright spot” throughout the preseason, while a batch of new recruits threatens to push their way into the starting lineup.

Up top, the Crew have added MLS veteran Conor Casey and Norwegian international O. Kamara, providing a bit of thunder and lightening off the bench in the striker positions.  Danish international Emil Larson figures to break into the midfield setup, while fullbacks Amro Tarek and Corey Ashe add considerable depth to the back line. Even first round draft pick and recent Guatemala debutant Rodrigo Saravia can offer some new looks and provide some pressure for the starters.

“We brought in guys that should be competing for positions,” Berhalter said. “What we feel is that everyone should be under pressure to perform. A reasonable amount of pressure is a good thing. By bringing in guys that can do that, we’re open to the competition. We want to embrace it. Guys have to perform if they want to be on the field.

“We’re close to that. I like the competition. There are a bunch of different lineups and competitions, so it’s been positive.”

As the team’s new additions continue to integrate, the Crew expect to continue to position themselves among the Eastern Conference’s top contenders. Last year, the Crew fell just short largely due to self-inflicted mistakes. This season, the Crew are determined to push even further, and they’re expecting to do it with the same core that got them there.

“This is a close group. Every day that passes, they become closer,” Berhalter said. “You see the different personalities starting to emerge from the group. The new guys have integrated nicely. Overall, it’s been a positive preseason. We’re happy with the mindset of the guys and the work ethic.” 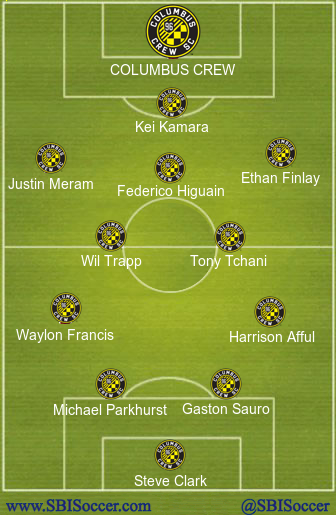