Despite 0-2 start, Trapp insists it’s ‘business as usual’ for Crew 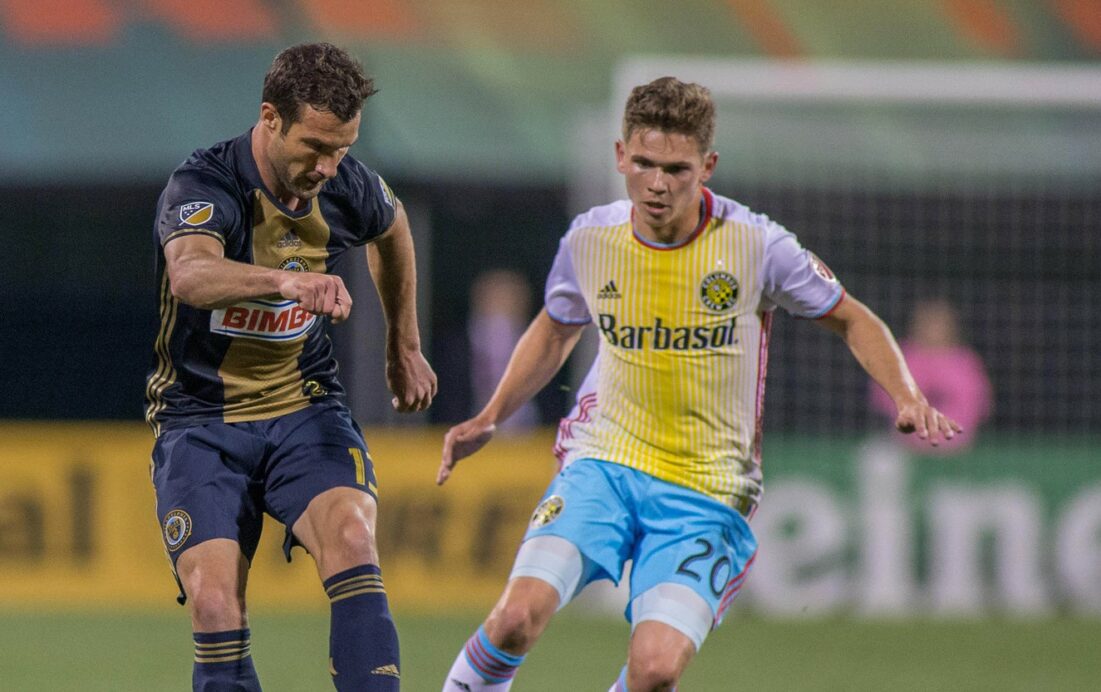 The start of the season has been less than ideal, but Wil Trapp and the Columbus Crew aren’t looking to push any sort of panic button any time soon.

After featuring in the MLS Cup final just four short months ago, the Columbus Crew remain without a point through the opening two weeks. An opening day MLS Cup rematch saw the Crew settle for defeat against the Portland Timbers before falling once again in a clash with the Philadelphia Union.

Given the successes of last season, Trapp and the Crew understand the highs and lows that come with MLS. Even with a few losses to start the season, the midfielder isn’t concerned with March missteps.

“It makes it easier because the chemistry is there,” Trapp told SBI. “We know each other and we know the ins and outs of what the coaching staff wants. On the flip side, coming off of a late playoff run and a long season last year, we’re no longer the underdog team that flies under the radar. I think it’s connecting and realizing that it’s a different mindset this year because it’s definitely something where every team brings their best game and they work to try and stop us. That’s an area where we can continue to improve and grow.

“It’s business as usual. We’re not a group that’s going to get swayed too easily on results or worry too much about the first two games of the season. Our mindset has always been the next game up and one game at a time, so that’s the way we’re taking it. We have a big task against Chicago coming up.”

“I think you can always be sharper,” Trapp said. “At the beginning of the season, it’s never the exact quality that you want, but we’re a group that’s going to be continuing to work to bring out the little things that cost us a couple of goals so far. That should help us out moving forward.”

That process starts on Saturday at Toyota Park. Facing off with the Fire, Trapp and the Crew have several targets in mind to better attack the game.

Even with their struggles in the final third, the Crew will also be looking to improve their defense. Against a team like the Fire with speedy players like David Accam and Kennedy Igboananike, Trapp stressed defensive balance, which starts with him and goes all the way back to the centerbacks and fullbacks who wait behind him.

Overall, the Crew are looking to merely find their footing in the early season and, with it, regain the form that made them one of the league’s best in 2015.

“The biggest thing is playing our style of soccer. We know that when we execute, we can win anywhere at anytime, but the biggest aspect of that has to be execution. Home or away, we’re still going to try and play our style of soccer and not over adapt to the opponent while still being pragmatic and seeing what the team offers. Chicago is a team that is very good on counter attacks, so balance will be even more important in the coming game.”