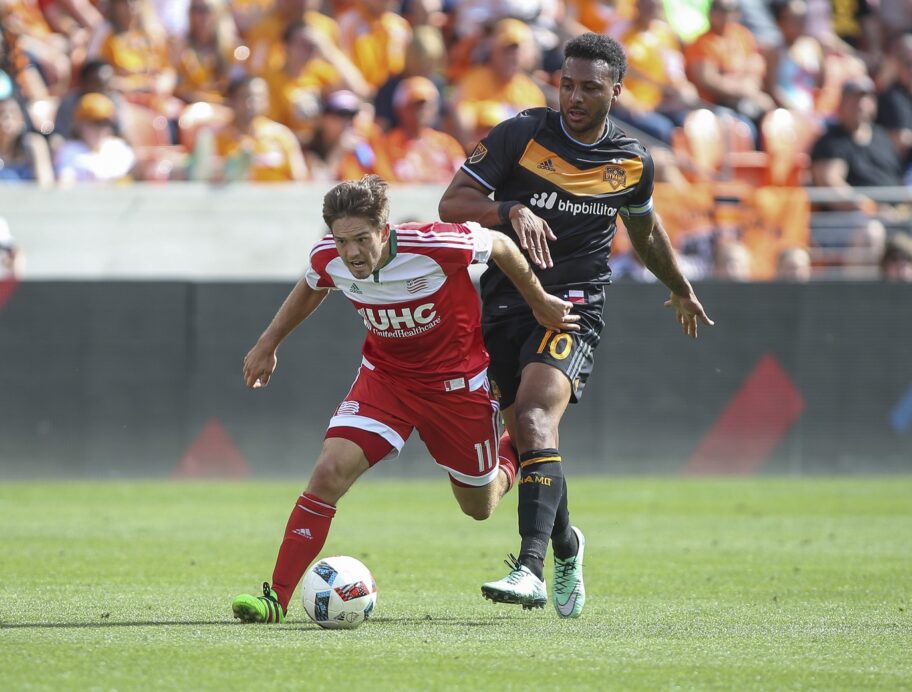 Two of the Houston Dynamo’s offseason additions made immediate impacts, but it was a late goal from the New England Revolution that locked up a late tie.

Cristian Maidana and Andrew Wenger each found the back of the net in their Dynamo debuts, but Daigo Kobayashi provided the equalizer to seal a 3-3 draw at BBVAA Compass Stadium.

With the score level at two, Giles Barnes, who was making his 100th appearance for the club provided what looked to be the winner in the 77th minute on the Dynamo’s best-looking sequence of the afternoon. After holding up play at the top of the box, Will Bruin slid a pass across the box towards second-half substitute Oscar ‘Boniek’ Garcia. The Honduran international’s dummy left the Revs defense helpless, as Barnes stepped up and hit a shot to the far post to seal victory for the home side.

However, Kobayashi’s last-gasp goal followed in the 93rd minute, as the Revs midfielder headed home a Diego Fagundez cross to seal a road point for the Revs.

It didn’t take long for the Revs to open the scoring as Fagundez got things started in spectacular fashion. Just three minutes into the game, Fangundez chested the ball down before lacing a shot on the half-volley. The Revs midfielder’s effort flew straight into the top corner to give the visitors the early lead.

The lead remained until minutes before halftime, when offseason addition Maidana slipped past Bobby Shuttleworth before tapping home to send the teams into the locker room on level terms. Just five minutes into the second half, Wenger, who joined the Dynamo alongside Maidana in a trade with the Philadelphia Union, fired home a Bruin pass to give the Dynamo the lead.

Two minutes later, the lead was gone on a goal from Charlie Davies. Slipped in by Fagundez, Davies found himself in all alone on Joe Willis. The Dynamo goalkeeper was able to stop Davies’ original effort, but the Revs forward was able to pounce on the rebound. Willis was left helpless, as Davies fired across goal to level the scoreline at two apiece.

Barnes and Kobayashi ensured it wouldn’t finish that way, as the two traded late goals to seal a 3-3 draw.

Following the tie, the Dynamo look to build on the result in a clash with in-state rival FC Dallas on Saturday. The Revs, on the other hand, will return that same day against D.C. United at Gillette Stadium.

Here are the highlights of Sunday’s tie: