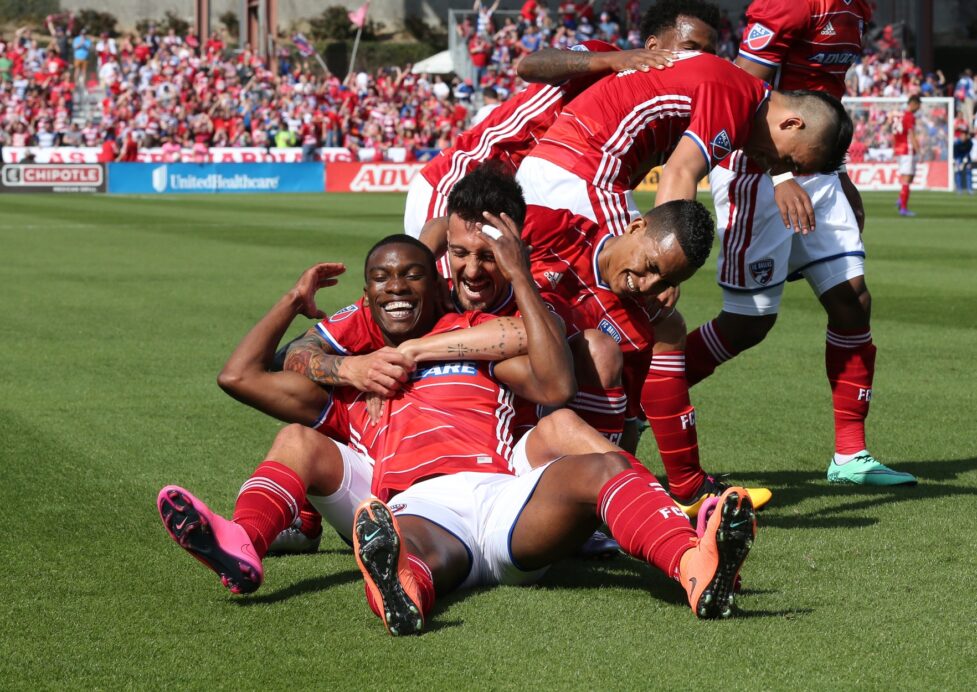 FC Dallas had a field day in Frisco, Texas, but the game ended on a sour note for the home side.

Fabian Castillo, Mauro Diaz and Maximiliano Urruti shined in the club’s 2-0 win vs. the Philadelphia Union at Toyota Stadium. Yet, while FC Dallas secured its first three points of the season, Castillo was forced off the field before the final whistle after suffering an apparent groin injury.

In front of more than 14,000, the speedy Colombian winger slotted in the first goal of the day after receiving a precise through ball from Mauro Diaz.

While Union goalkeeper Andre Blake saw that strike go between his legs, the Jamaican international did well in his first 90 minutes of the season. He made eight saves in total, including a one-on-one save in the waning minutes.

Offseason acquisition Urruti scored the second goal, putting the contest out of reach with a little more than 10 minutes left to play. Diaz, once again, provided the assist, sending a low pass across the six-yard box after a strong run inside the right side of the penalty area.

FC Dallas will now travel to play the Houston Dynamo on Saturday, while the Union will face off against the Columbus Crew the same day.

Here are the highlights of FC Dallas’ win: