Crew and Fire stay winless after settling for draw 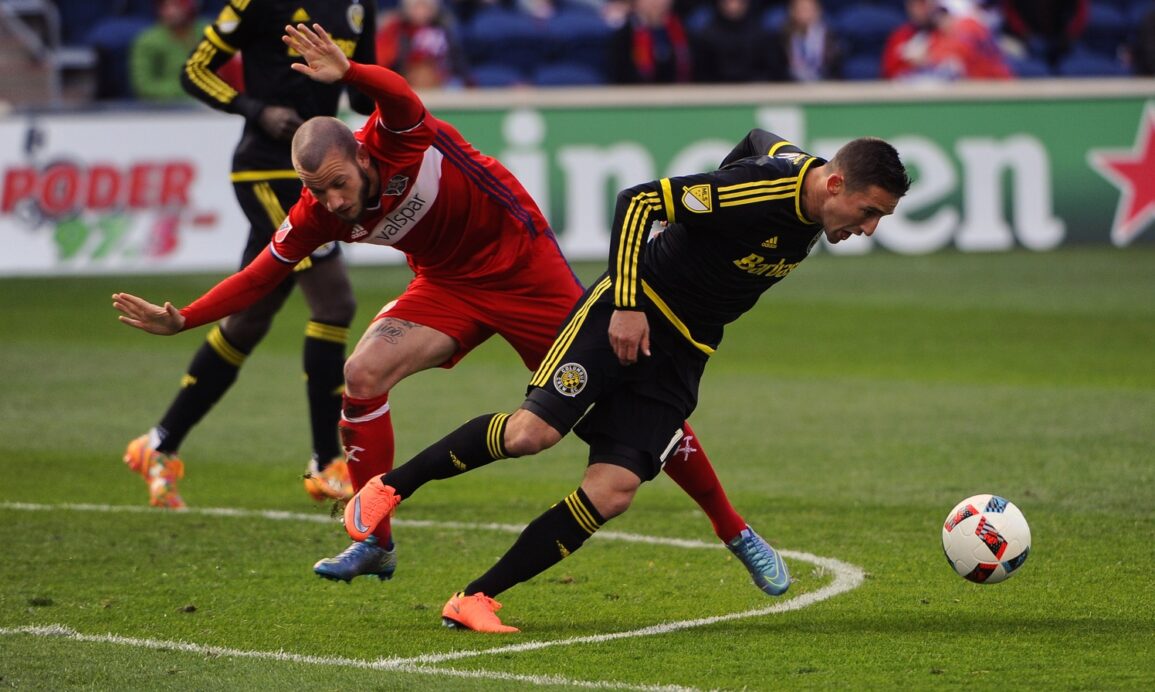 “Listen, you look at last year where we were, we had three points after three games, we had five points after five,” Columbus head coach Greg Berhalter said. “So you put it all in perspective, I think we’re fine. It’s a long season. It’s finally starting to sink in how teams want to play against us and how hard each win, each point, each goal is going to be. And that’s our reality, and that’s fine, we’ll be fine, we’ll deal with it and we’ll move on.”

After conceding early goals in each of their first two games, the Fire controlled play early on against the Crew. The home side had more of the ball in the opening 10 minutes, winning five corners but couldn’t make anything from them. The closest the Fire came was when one fell to Gilberto in the center of the box, but the Brazilian flubbed his shot.

The Crew are now 0-2-1 on the year, while the Fire move to 0-1-2 on the year with their second consecutive draw.

The Crew tried to hit on the break early, with Federico Higuain finding pockets of space in the Fire’s three-man back line, but they didn’t break. The Fire did well to keep Kei Kamara and Ethan Finlay in check for most of the night.

Finlay came close to breaking the deadlock in the 69th minute. Given a bit of space on the top-right channel, Finlay stung a shot, forcing a full-stretch save from Lampson.

Still scoreless in the 78th, Finlay teed up a cutback for Higuain at the top of the box on a counter, but the Argentine curled it well over the bar.

“I think we marked up well in the box and we were a lot cleaner with our clearances,” rookie centerback Jonathan Campbell said. “We didn’t give them really many chances and the shots that they took I felt like were far out of the box, so I think we did a good job with that.”

The Fire’s best late chance came in the 82nd minute when Rodrigo Ramos was shouldered down in box by Cedrick, but Fire appeals for a penalty were waved off.

The home side’s attack was without David Accam, their leading scorer (two goals) through the first two games. Accam was out of the gameday roster with a knee strain. The club announced before kickoff that he plans to use the week of rest plus the upcoming international break to be prepared for the April 2 match against the Philadelphia Union.

“David is very important for us,” Fire head coach Veljko Paunovic said. “Obviously his quality in counter attack with his speed and also his talent is very important for us. Not being there we didn’t change practically. We played the same system the only thing is that we played against a very, very good team and this is what we have to understand.

“Also I believe that we were very focused on our defensive game plan which we did very well. So I would say for the next game, the next games, what we have to improve now, again, score goals, create more opportunities, but defensively we have it. This is the defensive performance that we need. The season is long so we are building, improving, for me it was a good game in terms of defensive setup.”

The Crew are also next in action on April 2, traveling to face FC Dallas.

Here are the highlights to Saturday’s tie:

Rookie centerback Jonathan Campbell made his second start in the center of the three-man back line and helped keep the Crew in check.

In the 58th minute, Joao Meira nearly headed the ball into his own goal while trying to play it back to Lampson, but it hit the crossbar and just stayed over.

Crew forward Kei Kamara was held in check by the Fire’s three-man back line. His best chance came in the 72nd minute when he nearly got his head to an Ethan Finlay cross.