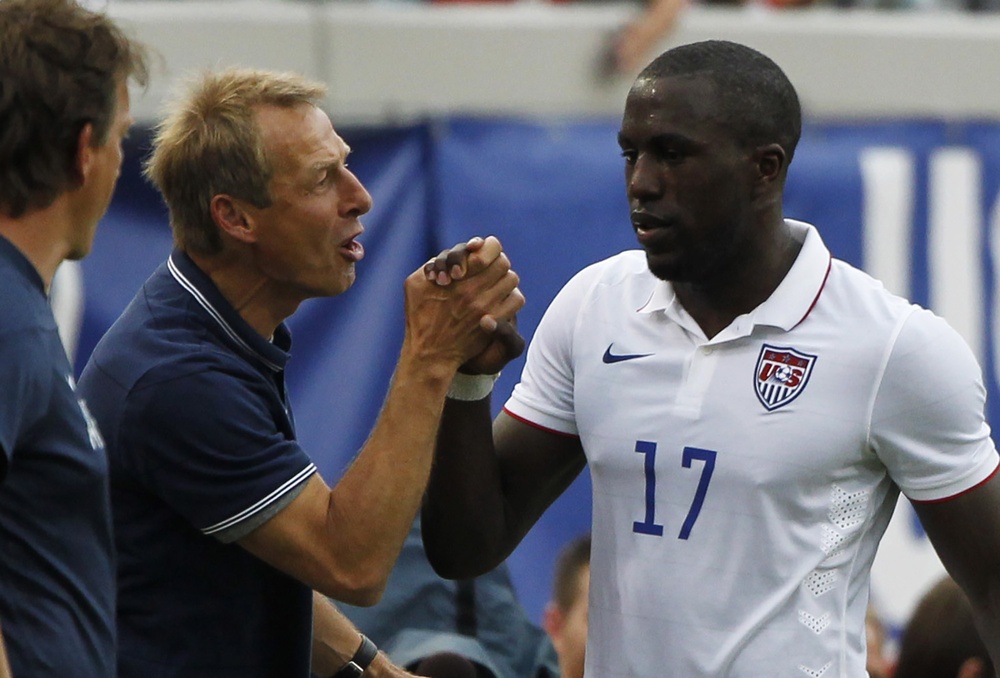 He has missed the first two weeks of MLS due to an injury, but Jozy Altidore will be joining the U.S. Men’s National Team ahead of two World Cup qualifiers against Guatemala.

The Toronto FC striker suffered a hamstring injury in training weeks before the club’s opening game on March 6, and so he has yet to play a single minute for the Canadian club this season. Yet, head coach Jurgen Klinsmann is calling him into the USMNT camp ahead of the team’s two important qualifiers against Guatemala on March 25 and 29.

“Jozy is coming back from a hamstring injury – he’s not 100 percent yet, but we’ll build him,” Klinsmann said. “He’s already almost getting on the field with Toronto, so we’ll take it from there and bring him with us and see every day in training how much he’s able to contribute.”

The USMNT is set to convene for training camp starting on Sunday in Miami, though the roster has yet to be formally announced.

What do you think of Klinsmann’s decision to call in Altidore? Think he will play in either game?