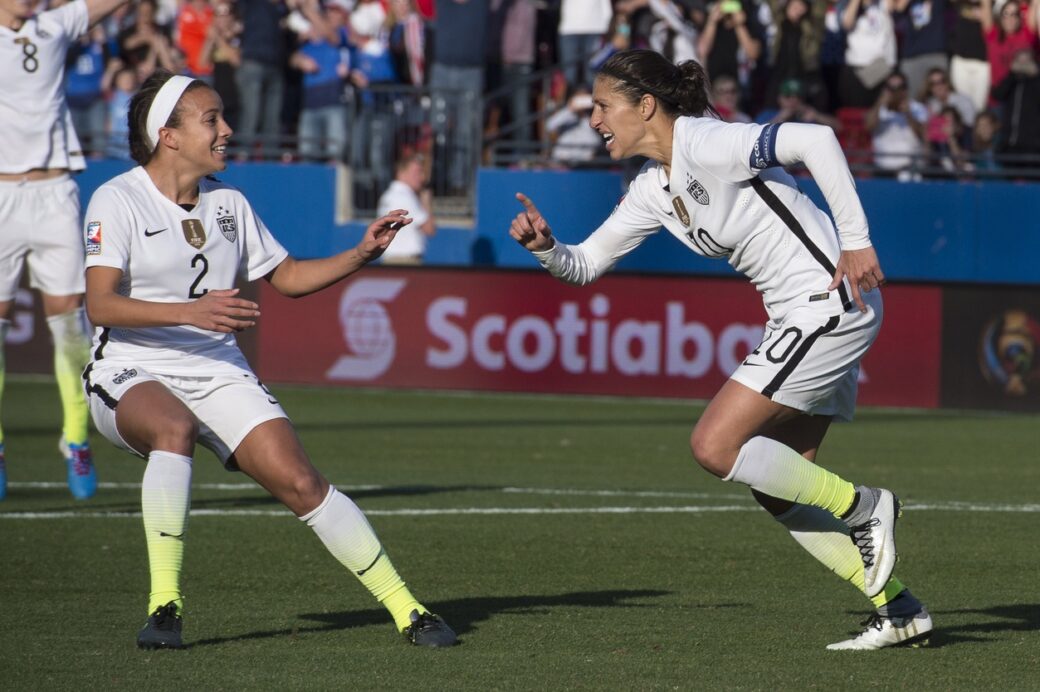 U.S. Women’s National Team head coach Jill Ellis has opted to mix several promising youngsters in with a veteran group for a pair of friendlies ahead of this summer’s Olympics.

Veterans Carli Lloyd and Alex Morgan are joined by prospects like 17-year-olds Mallory Pugh and Ashley Sanchez to headline the USWNT roster for a pair of friendlies against Colombia. The U.S. will first take on the South American side on April 6 in East Hartford, Connecticut, before a rematch four days later at Talen Energy Stadium in Chester, Pennsylvania.

“We don’t have that many international matches before the Olympics, so every game takes on increased importance as far as the performance of the players, the evolution of the relationships among the positions and the overall growth of the team,” said Ellis. “Most of the players will be coming in from NWSL pre-seasons so we expect everyone to be sharp and we are looking forward to the challenges that a team like Colombia will present as we continue our Olympic preparations.”

In total, 21 of the 23 players called in featured for the USWNT in the SheBelieves Cup in early March. The lone new faces are Sanchez and Portland Thorns midfielder Allie Long, who will be looking for her fifth cap.

Here’s a closer look at the full roster:

What do you think of the roster? Any surprises? What do you expect from the two friendlies?