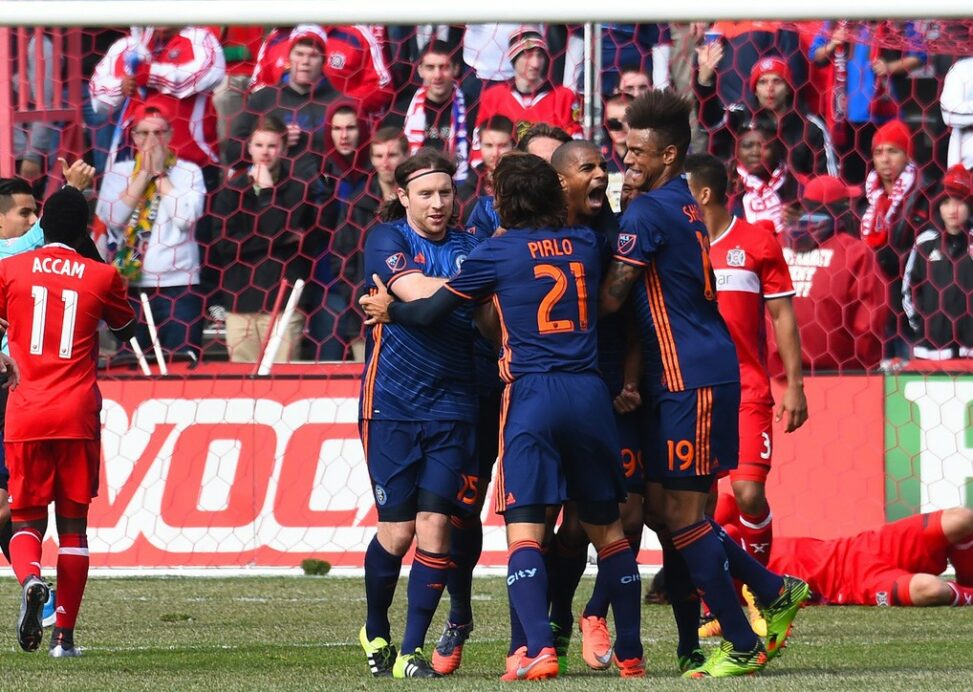 It was far from a textbook defensive display from either side, but New York City FC did just enough to outscore the Chicago Fire in their season opener.

In what proved to be the first goal of many on the day, McNamara kickstarted the scoring in just the 10th minute with a long-range effort. Given space at the top of the box, the NYCFC midfielder curled a shot off the far post and into the back of the net to give his side the early lead.

Following a Razvan Cocis equalizer in the 19th minute, NYCFC restored the advantage through a scrappy Taylor effort in the 29th. A Khiry Shelton finish came seven minutes later, giving NYCFC a 3-1 advantage heading to the half.

Kennedy Igboananike brought it to one just minutes into the second half, but it proved to be short lived as NYCFC pushed the lead back to two on Diskerud’s finish. McNamara once again played a major part, besting his defender out wide before lofting a cross to the back post. Diskerud was there to volley home to all but seal the result for NYCFC.

A David Accam penalty kick made the final 20 minutes tense, but the visitors held on throughout the final moments to ensure a victory to start the season.

Following the win, NYCFC will return to Yankee Stadium for the club’s home opener against Toronto FC next Sunday, while the Fire face off with Orlando City on Friday night.

Here are the highlight’s of NYCFC’s win: