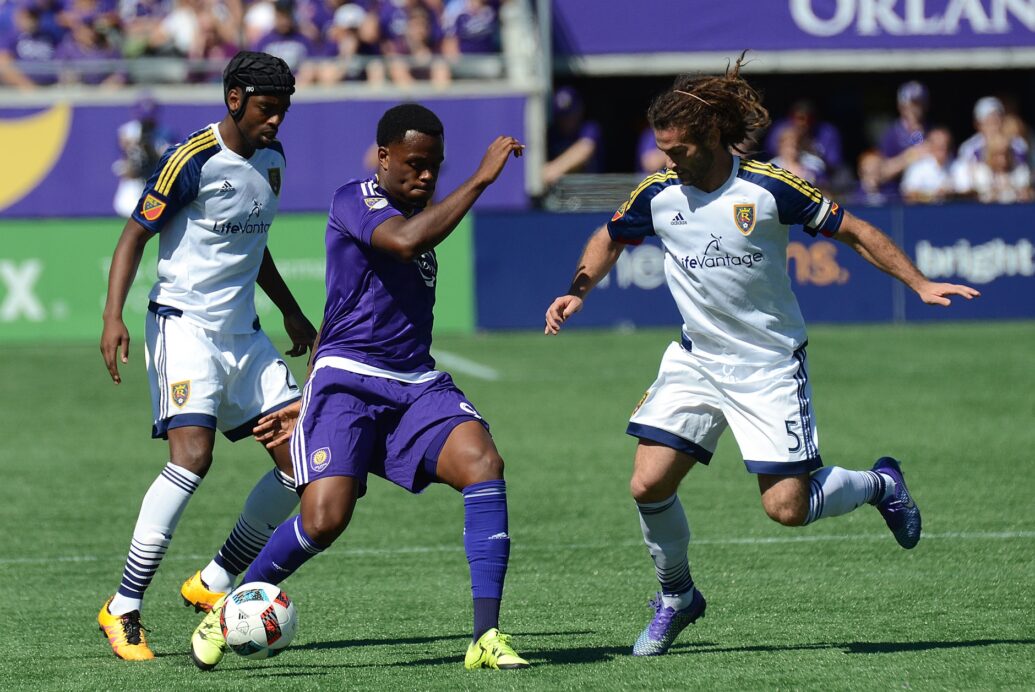 The clock ticked past 90 minutes played, and the story appeared to be set: Real Salt Lake had earned an important three points on the road in its season opener.

Yet, more time was left for some magic to happen.

Playing 10-v-10 for the entire second half, the Western Conference club held a two-goal lead late thanks to a double from Ecuadorian international Joao Plata. Cyle Larin scored what many thought to be a consolation goal late into stoppage time, but substitute Adrian Winter netted the game-tying goal with the last kick of the game to send the crowd into a frenzy in Orlando.

Plata netted the first goal of the day from the penalty spot in the 26th minute after Yura Movsisyan was taken down in the box by Lions defender Seb Hines. He then scored his second in the 66th minute after incredible buildup play from Juan Manuel “Burrito” Martinez and an inch-perfect cross from Tony Beltran.

While Plata will earn most of the plaudits for his two-goal performance, Martinez was the one who dazzled the crowd in Florida. The 30-year-old Argentine played out on the right wing for RSL and caused Orlando City defenders plenty of problems. After nutmegging a defender with a back heel in the first half, he played a pivotal role in RSL’s second goal.

RSL fullback Demar Phillips received two yellow cards before 20 minutes of play had passed, and he was subsequently given his marching orders from center official Chris Penso. However, RSL did not have to play 10-v-11 for long in Sunday’s contest, as Lions midfielder Darwin Ceren was shown a straight red card at the end of the first half.

Larin appeared to have scored the first goal of the game in the seventh minute, but was ruled offside. The MLS sophomore had more chances to score, though, and finally found the back of the net in the 94th minute. Less than a minute later, Winter blasted in the fourth goal of the game to earn the tie at home.

Orlando City will host the Chicago Fire on Friday, while Real Salt Lake hosts the Seattle Sounders a day later.

Here are the highlights of Sunday’s tie: