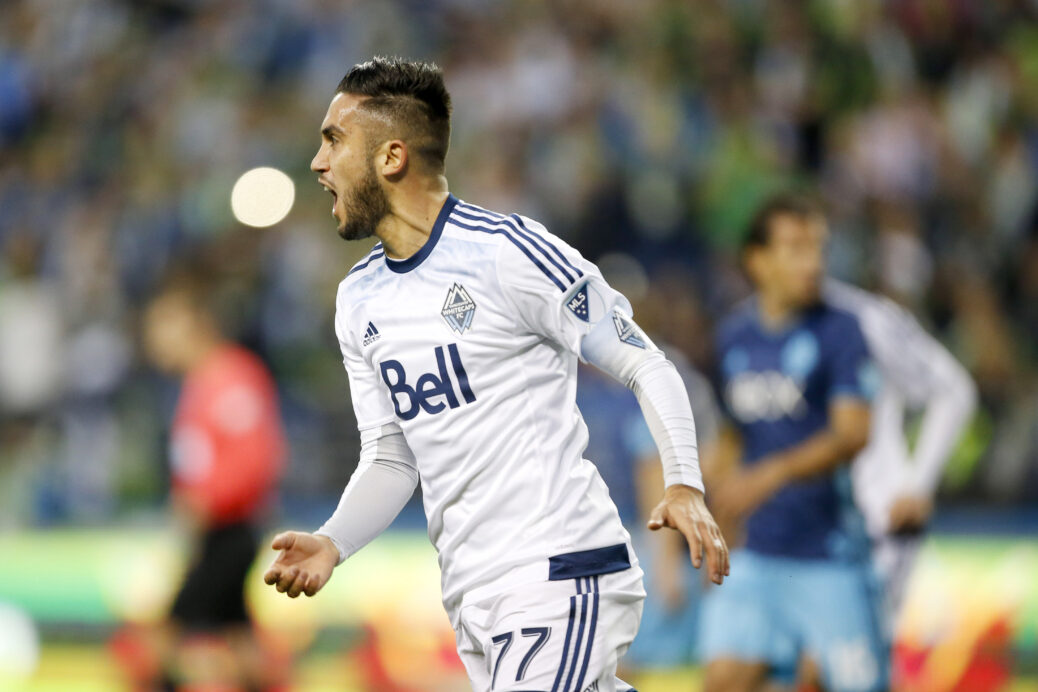 SEATTLE– One way or another, the Vancouver Whitecaps seem to leave Seattle with three points these days. A pair of Pedro Morales penalty kicks — one controversial — gave the visitors a 2-1 victory over the Seattle Sounders on Saturday night. It was the Whitecaps fourth straight win at CenturyLink Field in league play and their first win of the 2016 season.

With the game tied 1-1 in the 73rd minute, Morales converted his second penalty kick of the night for the game-winning goal. Goalkeeper Stefan Frei dove to his right and got a hand on the low-driven shot, but couldn’t stop the ball from finding the back of the net for the 2-1 Whitecaps lead. Referee Mark Geiger awarded the penalty for a Chad Marshall tackle on Blas Perez.

Morales opened the scoring in the 10th minute, easily converting a penalty kick to put Vancouver up 1-0. Geiger awarded the penalty after Whitecaps midfielder Christiano Bolanos tripped in the penalty area. Though Geiger determined Joevin Jones committed a penalty-worthy infraction, television replays showed there was no contact on the play.

Andreas Ivanschitz delivered the play of the day in the 52nd minute, blasting a 19-yard free kick around the wall and just inside the left post to tie the score 1-1.

With the win, the Whitecaps perhaps get back to fulfilling the promise of their 2015 campaign. Coming into the season with high ambitions, Vancouver (1-2-0, 3 points) started the year with a pair of disappointing losses. For their part, the Sounders (0-3-0, 0 points) have started a season with three straight losses for the first time in club history.

Looking forward, the Whitecaps host the Houston Dynamo (1-1-1, 4 points)  next weekend. The Sounders are off until hosting the Montreal Impact (2-1-0, 6 points) on April 2.

Osvaldo Alonso was perhaps the best player on the field Saturday, putting in his best match in what has thus far been a flashback season for the tenacious midfielder. Newcomer Perez also had an impressive first start for his new team. But the nod goes to Morales, even if he earned his brace from the penalty spot. Both penalties were well-taken and, more importantly, the creative playmaker looks to be back to his 2014 form, which is very good news for the Whitecaps’ 2016 ambitions.

The first penalty call. The Sounders controlled possession early, but the controversial call not only gave Vancouver the lead, it took the air out of CenturyLink Field and emboldened Vancouver head coach Carl Robinson to apply high pressure on the road.

Clint Dempsey. With his team trailing 2-1 in the 80th minute, the Sounders designated player found himself utterly unmarked 12 yards from goal. Gathering a lovely pass from Jones, Dempsey sent a wide-open shot whizzing past the right post. It was a golden opportunity Dempsey routinely converts but couldn’t put on frame Saturday night.