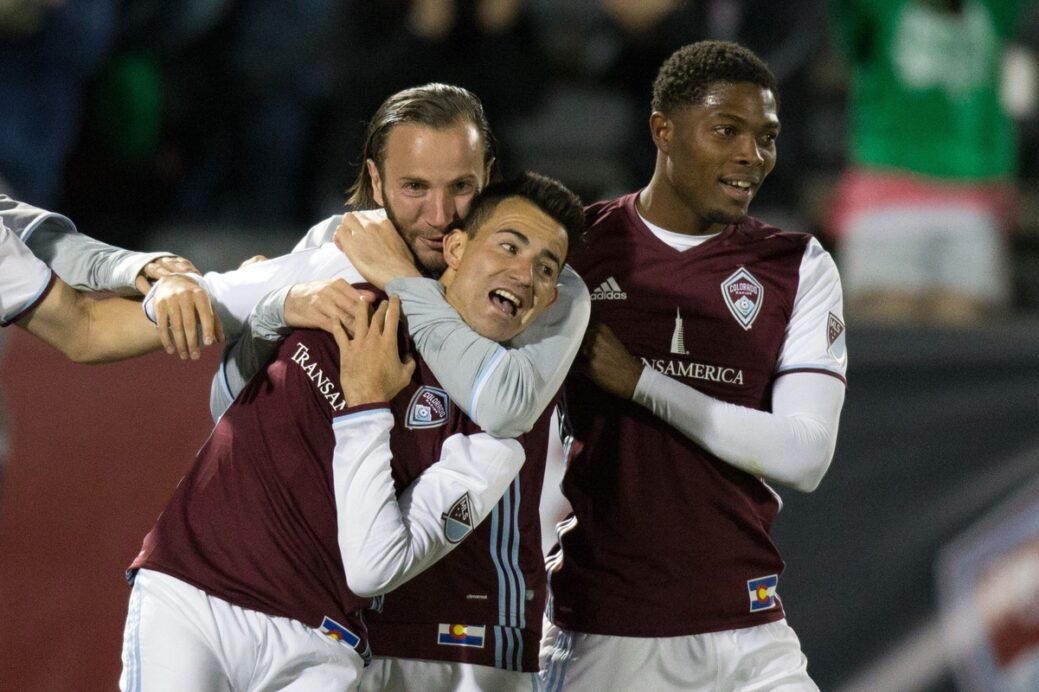 For 94 minutes, it looked like all the combined talent of the LA Galaxy and the Colorado Rapids could produce was a nil-nil draw and some of the least inspired soccer of 2016.

Yet in the dying minutes of stoppage time, Marco Pappa changed all that. Pappa sent a scorching volley to the back of the Galaxy’s net, rewarding the home crowd’s patience and giving the Rapids their first victory of the season.

The Rapids were strong out of the gate. In the first ten minutes of the match, the home side played a high-press game that tested the Galaxy’s back line. It was a pace that proved unsustainable, however, and both sides settled in for a long night.

The Galaxy’s best chance came from a set piece. In the 30th minute, Steven Gerrard launched a free kick over the Rapids’ crowded penalty box and directly onto the head of Jelle Van Damme.

Van Damme put the ball on frame, literally, as it ricocheted off the bar and bounced around the Rapids’ goalmouth before keeper Zac MacMath smothered it. With 60 minutes still to go, this was the closest the Galaxy would come to a goal.

The Rapids, for their part, didn’t fare much better. Their gameplan leaned heavily on quick counter attacks, but a series of tactical fouls from Van Damme mostly stymied the home side’s attempted breakaways. Van Damme finally drew a yellow card for his efforts in the 72nd minute, but as the match headed into stoppage time, it looked like the visitors would escape with a point.

In the final minute, however, the home side pulled ahead.

Pappa was trying to spring Kevin Doyle when Daniel Steres leaped to intercept the ball. Steres’ attempted clearance went exactly the wrong direction, however, falling directly into the path of Pappa. He one-timed a powerful volley into the far netting, and gave the Rapids their first win of 2016.

The Rapids will try to build on that victory when they travel to face D.C. United on March 20. The Galaxy have just a week to straighten out their offense, as they head home for a match against their California rivals, the San Jose Earthquakes.

Here are the highlights of the Rapids’ win:

Marco Pappa’s stoppage-time winner was the lone bright spot of a forgettable match, but that’s not to undersell it. The goal was gorgeous, and Rapids fans will hope for more of the same from Pappa.

Van Damme’s 30th minute I-can’t-believe-that-didn’t-go-in header likely had everyone in the stadium holding their breath.

It wasn’t a great night for anyone on the Galaxy offense, but Gyasi Zardes was especially invisible, despite playing the full 90 minutes.

What did you think of the Rapids’ win? Thought the result was fair for both sides?