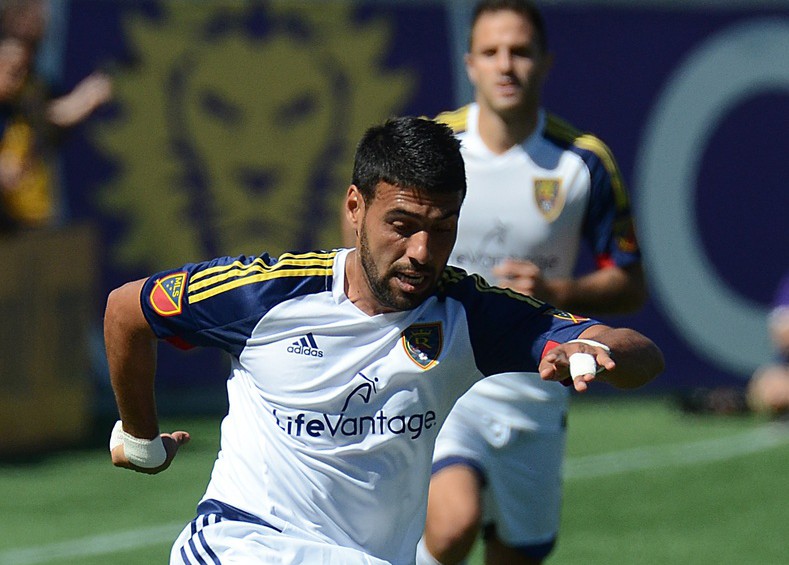 Argentine playmaker Javier Morlaes is apparently doing well on his road to recovery, and could be available in Week 3 for Real Salt Lake.

Head coach Jeff Cassar said the 36-year-old Argentine, who missed Week 2’s 2-1 home win against the Seattle Sounders, is recovering from his injuries.

“I think he’s improving every day,” Cassar told SBI. “He had a couple of issues with his quad and with his ribs. He’s one of the first ones in here for rehab, and one of the last ones to leave, so he’s doing everything he can to make himself available.

“Today, he was in training full and looking sharp, really good, so we’ll see how his body reacts (on Thursday) and Friday, and we’ll make a decision on Friday after training.”

RSL will travel to play the Portland Timbers on Saturday.

Here are some more notes from Cassar:

MOVSISYAN PERFORMING WELL DESPITE NOT SCORING

Yura Movsisyan was brought in by Real Salt Lake to do one thing this season: score goals.

While he has yet to register one after two weeks of MLS play, coach Cassar is not worried in the slightest.

“I think Yura’s had a great start to the year,” Cassar said. “I think what he does is he draws so much attention because he’s able to get at you a lot of ways. It’s freeing up people like Joao (Plata) and Juan (Martinez) to put themselves in dangerous positions.

“I just think we have to continue to believe in what we are doing, and I have no doubt Yura is going to get his goals because as soon as they start to fall asleep on him, he’s going to punish them.”

The reigning MLS Cup champions will be eager to get back to winning ways as they welcome RSL to Providence Park on Saturday, and Cassar is expecting another tough battle.

“It’s going to be a difficult game, obviously they’re the defending champions and coming in with a ton of confidence,” Cassar said. “They haven’t made a ton of changes to their team except for role players and depth, so I expect to see a lot of the same.”

RSL only earned a point against the Timbers in three MLS meetings last season. While the club posted a win against them in the Lamar Hunt U.S. Open Cup in 2015, RSL has not been able to earn three points against them in MLS since April 19, 2014.