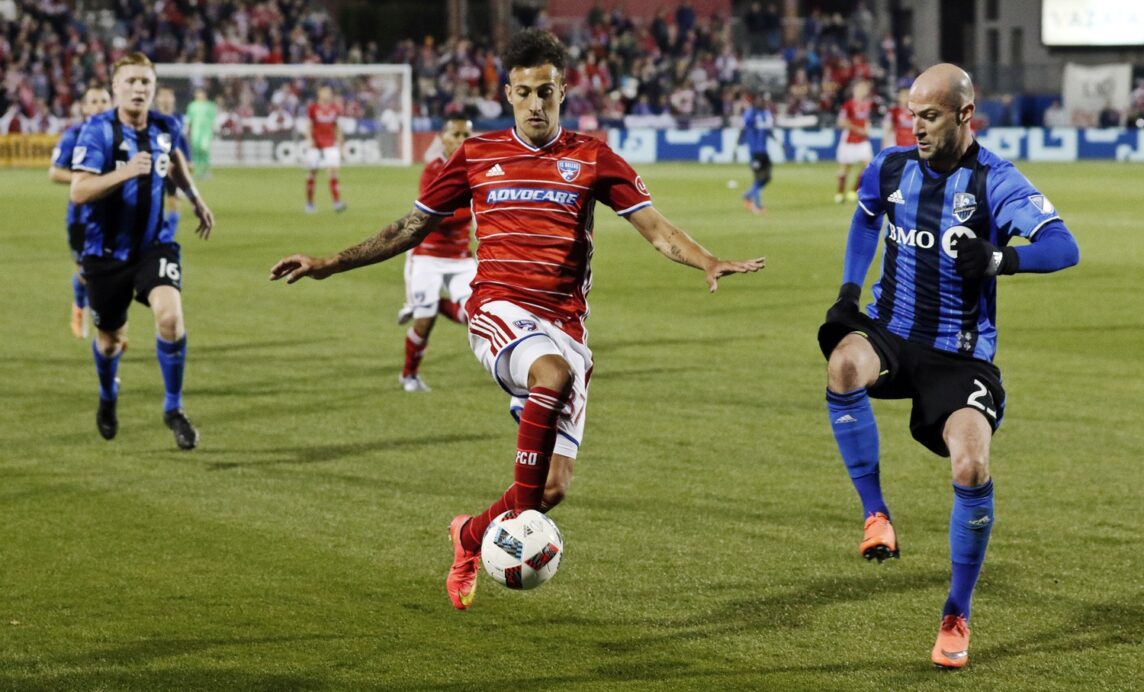 In the aftermath of a drubbing at the hands of their local rivals, FC Dallas bounced back in a major way by defeating a fellow contender.

Facing off with the unbeaten Montreal Impact, FC Dallas benefited from a pair of late goals to earn a statement victory, as well as recognition as SBI MLS Team of the Week.

Throughout Saturday’s match, FC Dallas looked the dominant team, outshooting the Impact, 15-6. Those efforts finally paid off in the 79th minute as Mauro Diaz pushed FC Dallas ahead with what turned out to be the game-winning goal. Maximiliano Urruti added the second just eight minutes later, earning FC Dallas an impressive home win against an Impact team that was dominant through the opening two weeks.

What did you think of FC Dallas’ performance? Which team stood out the most to you this past weekend?